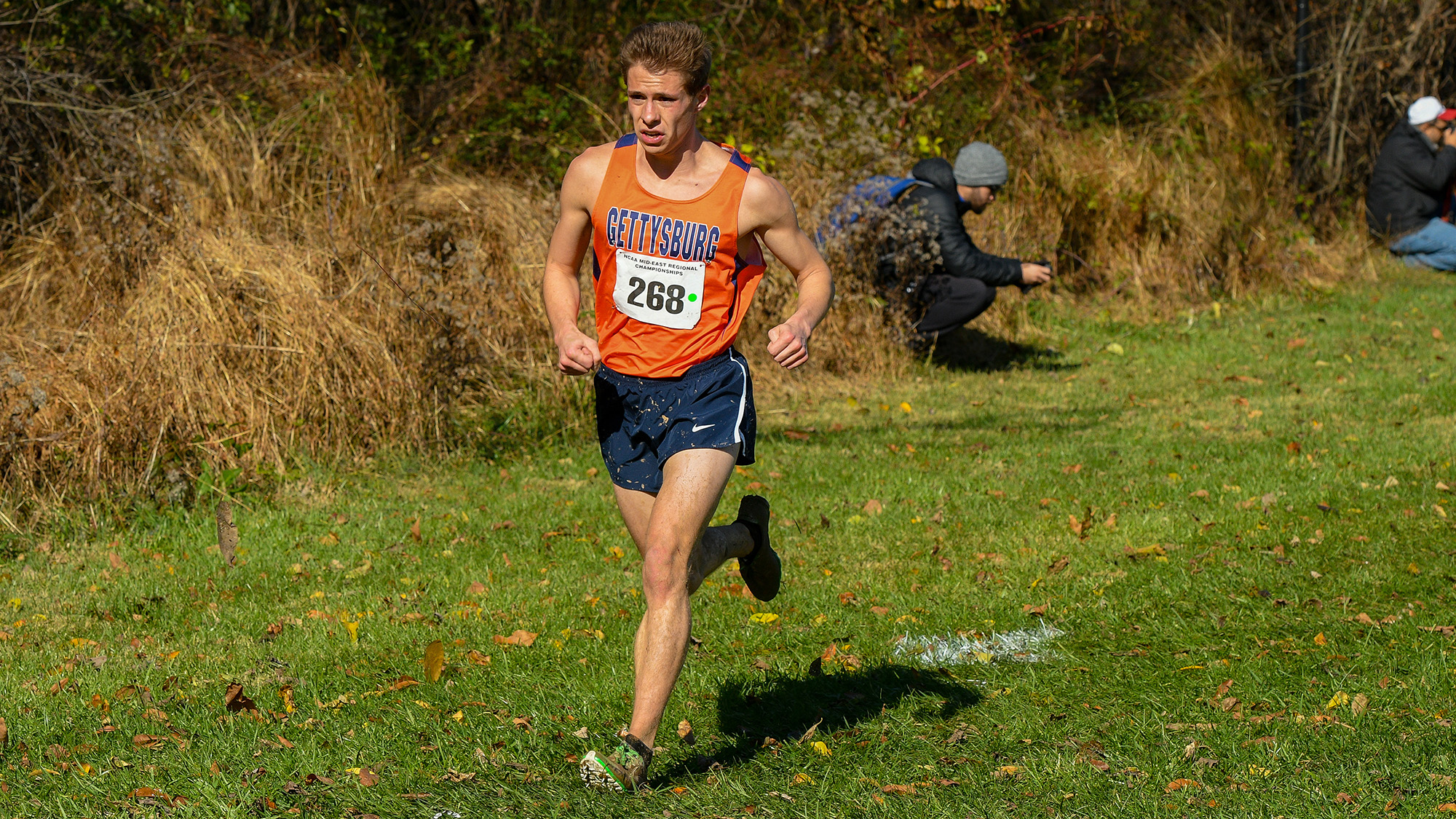 The meet was hosted at Desales College and featured a hilly layout. The story of the day was the weather and course conditions. The snow and rain pre-race lead to a muddy course and an overall slower race for the field of 357 runners, as some of the best racers in the nation struggled to come within minutes of their best times.

“The conditions were terrible, cold, the course had what felt like an endless amount of hills, and previous rain made it slippery and muddy,” said senior Mike Miller.  Despite the conditions, Miller finished with an outstanding performance: 54th on the day in 27:27.

Another excellent performer for the Bullets was sophomore Dylan Mckeever, who led the Bullets for much of the race and finished in 27:38 for 65th. Mckeever was the 18th underclassmen finisher on the day and will be a runner to watch in the coming years for the team.

Junior Sam Sheldon, senior Alex Petrecca, and junior Aren Heitmann were the other three scorers for the Bullets. Sheldon powered through the line in 28:42 for 133rd, finishing off a strong season for the Bullets where he led the team on multiple occasions. Petrecca, although dealing with a back injury, crossed the line in 29:00 for 160th. Heitmann followed a few seconds back in 29:04 for 164th.

“Because of how close we are as a team, I never feel alone when I’m competing,” said Miller. The strength of their pack has been a key aspect of the Bullets’ strong season. With five different members of the team being the lead runner during the year, the depth for the Bullets is evident.

“Running with the Bullets has been my greatest experience of college,” Miller said. “Alex, Matt, and [I] are veteran members of the regional team, and it has been an honor to race and excel with them in the sport.”

As the Bullets look back on a successful season, they also look forward to a new track season. All the Bullets will look to continue their success this season on the track.

“Our fitness should put us in a great position heading into indoor track,” said Mckeever. Miller added that everyone should be happy and proud of the season and what the Bullets achieved as a team this fall.