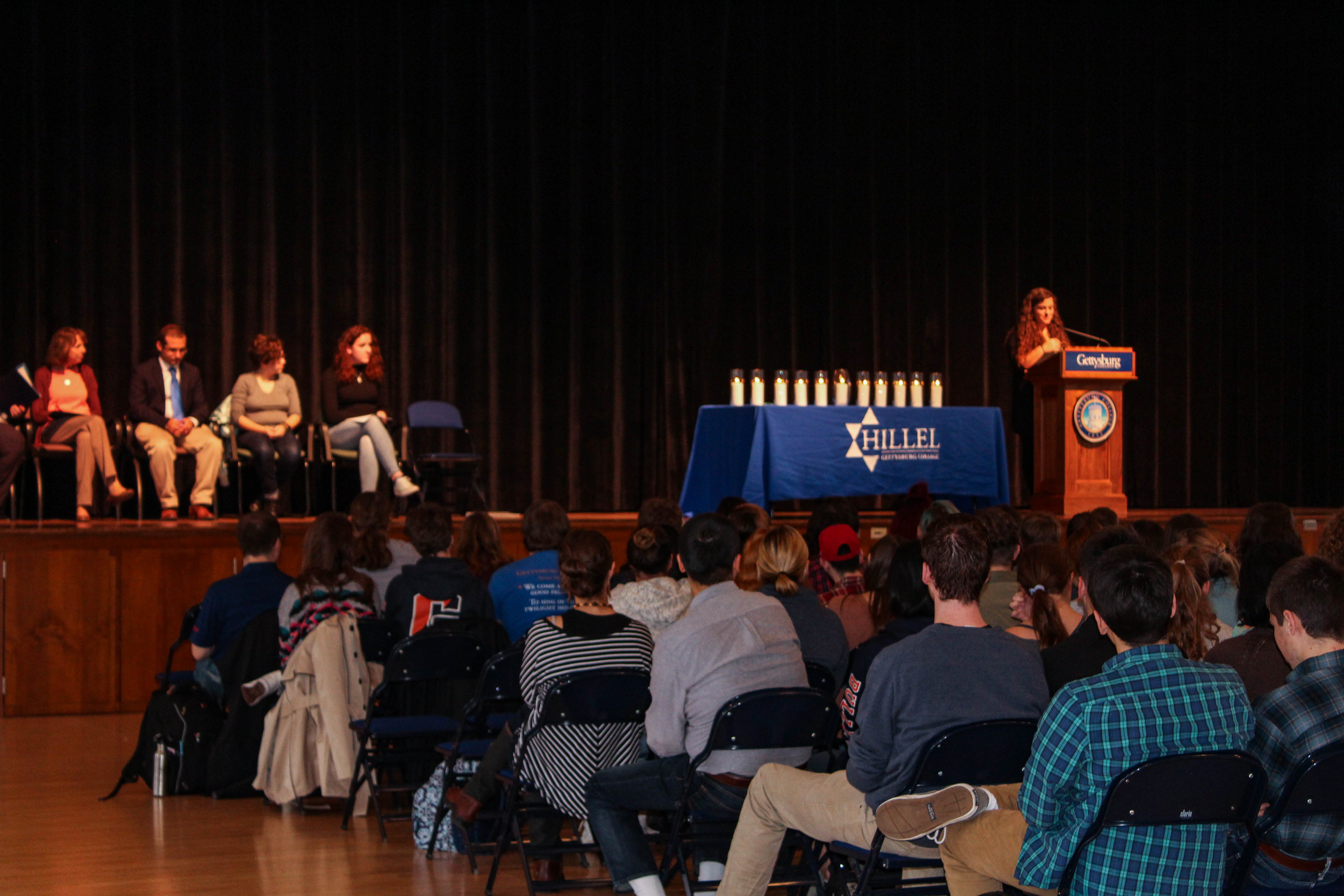 On Friday at 3:30 in the Ballroom, nearly 180 students, staff, faculty, and community members gathered in a memorial for those who lost their lives in the Tree of Life Synagogue shooting on Saturday, Oct. 27.

The tragedy occured when, during Shabbat morning services, a gunman entered the building, ultimately killing eleven people and wounding seven more. It is the deadliest attack on the Jewish community in the United States.

Hannah Labovitz ‘21, Pittsburgh native and Secretary of Hillel at Gettysburg College, knew she had to take action on campus.

Sam Pfeffer ‘19, President of Hillel, remarked that the shooting “hits close to home,” especially because Pittsburgh is only three hours from Gettysburg. “I live twenty minutes from the Squirrel Hill Synagogue, so I had a lot of personal connections,” Labovitz added.

The vigil began with Labovitz reading the names of the victims as Bethany Miller ‘20, Vice President of Hillel, lit a candle for each of them. 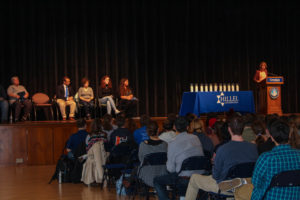 Afterward, President Janet Morgan Riggs and Dean of Students Julie Ramsey each said a few words, both quoting Holocaust survivors. Labovitz read her opinion piece, and Randy Feeley ‘21 recited an original poem. David Bass, director of Hillel, read a statement for Chaplain Kristen Largen, and Dr. Darrien Davenport, Executive Director of Multicultural Engagement, spoke as well, encouraging his “family,” the audience, to stand together and stand strong. Bass then returned to the podium to recite the Mourner’s Kaddish, a prayer recited in memory of the dead.

“It’s just a nice event, nothing too grandiose, just something to honor those who were lost,” Labovitz said. She also noted that Hillel hosted “different things throughout the week to help the students as much as possible,” including open hours at the Center for Religious and Spiritual Life on Tuesday. “No one expects it, so I was actually amazed we were able to get everything together so well,” Labovitz reflected.

Those in attendance appreciated the vigil and the sense of community it represented. One elderly Jewish couple decked in Pittsburgh sports gear came from outside of York to attend. Many students, like Ivana Lopez-Espinosa ‘19, came in support of friends or family. She stated, “I’m not of the Jewish faith, but I did come to support students … I went to the panel [on anti-Semitism], and I have friends who are of Jewish faith, so it’s important to me to come and make sure I understand what’s happening on campus and how these conversations impact students who are of the faith and non-Jews.”

Even in the darkness of this tragedy, however, many attendees left profoundly impacted by the experience. It is as Viktor E. Frankl, quoted by Dean Ramsey, said: “Everything can be taken from a man but one thing: the last of the human freedoms—to choose one’s attitude in any given set of circumstances, to choose one’s own way.” Labovitz emphasized in her speech the need to adopt this attitude and make a change, embodying the Jewish principle of “Tikkun olam, repairing the world and leaving it in a better state than you found it.” Those who died will not be forgotten, and those left behind must strive to make the world a better place in their memory.