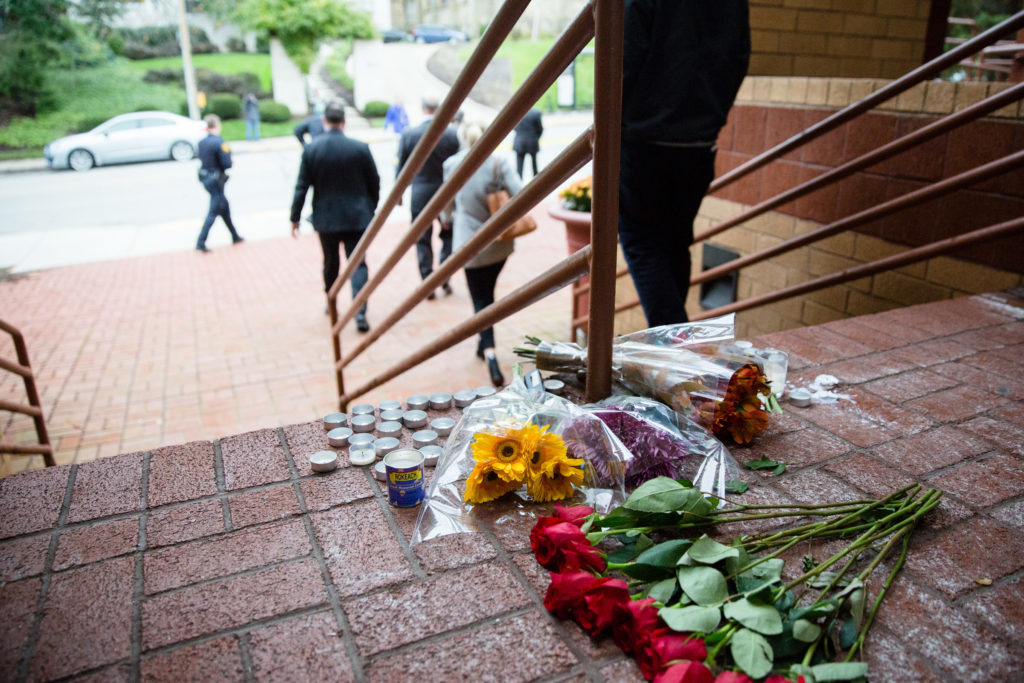 This past weekend, I woke up to a bombardment of messages from family and friends. They were all asking the same thing: “are you okay?” I was, but I would soon find out that my city was not. I called home and heard the news from my parents that the synagogue in Squirrel Hill, an area just 20 minutes from my own home, was under attack. The attack was brought about by a mad-man who made it his goal to “kill all the Jews.”

After first hearing news of the attack, I thought I knew no one because it was a different synagogue than the one I belonged to. But after the names were released to the public, I found that was not the case. My friend’s grandfather, Melvin Wax, was murdered. A member of my temple had two relatives, Cecil and David Rosenthal, who were murdered. A close family friend’s cousin, Daniel Stein, was murdered. The connections between individuals were seen by almost every Jewish Pittsburgher I had spoken to. After centuries of constant persecution, the Jewish community has become a close-knit one.

Jason Reitman, a Jewish, Canadian-American director, tweeted following the event saying, “Every Jewish family is a miracle. We can tell you of the kind stranger, secret passage or divine moment where by luck, our family line persisted.” I couldn’t have explained the core of this community better. The impact that this event has had on this community is not just on the Jews of Squirrel Hill, it’s on the Jews of Pittsburgh, the Jews of the nation, the Jews of the world.

The Jewish community, globally, isn’t unaccustomed to being the subjects of cruel and ungodly acts. But we’re still here.

This event damaged me in ways I could never even begin to understand. On Saturday, October 27, my identity was under attack, as was my home, a place where people are supposed to feel nothing but comfort and safety. In Squirrel Hill, a neighborhood in Pittsburgh, a group of eleven innocent and well-regarded individuals were murdered. The reason they were killed was because they were Jewish.

Tikkun olam, repairing the world and leaving it in a better state than you found it, is a guiding principle of Judaism, and one that speaks to me deeply. The HIAS organization was focused on helping immigrants (a courtesy historically not shown to the Jewish people themselves), and their devoted acts of kindness towards immigrant communities was their own way of repairing their world.

What happened on Saturday at the Tree of Life synagogue was the very definition of a hate crime. It was an attack on a group of people and their way of life, the only reasoning being that they believed in different values than the gunman. Squirrel Hill is an area filled with rich Jewish culture and an overpowering sense of love and community. About 40% of the population of the area is Jewish, making it the the heart of the Jewish community in the city. The moment the shooter stepped foot into the synagogue, that heart was ripped out.

Immediately following the shooting, the Pittsburgh civilians were out doing their best to remedy the spirit of the community that was lost at the hands of a hateful man. The beauty, culture, and diversity of Squirrel Hill has only momentarily been damaged, but it will be renewed and come back stronger than ever. The City of Steel is stronger than hate.

How many more people have to die before something is changed?

Thoughts and prayers aren’t going to do anything because the congregants of Tree of Life were praying on Saturday and a shooter still came into their synagogue and murdered eleven individuals. More needs to be done.