On Saturday, Nov. 10, Gettysburg College held a dedication ceremony for the new Vietnam Memorial, which honors 13 alumni and one staff member who died while serving in the United States Armed Forces during the Vietnam War (1965-1973). These honored veterans are as follows: 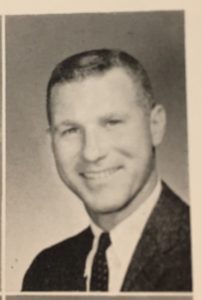 Captain Ronald Folk Thomson of the United States Marine Corps graduated from Gettysburg College in 1960. While at Gettysburg, Thomson was a member of the soccer and basketball teams, as well as a brother in Tau Kappa Epsilon fraternity. Thomson, originally from Hampstead, Maryland, enlisted on February 25, 1960 but was not commissioned into the Marine Corps until December 19, 1960, months after his graduation. Thomson served in Vietnam until 1967, after which he returned stateside and joined the famous aerial acrobatics team “The Blue Angels.” Tragically, during his first week with the Blue Angels, Thomson was killed in a plane crash in Imperial, CA during a training exercise. He is currently buried in his hometown of Hampstead, MD. 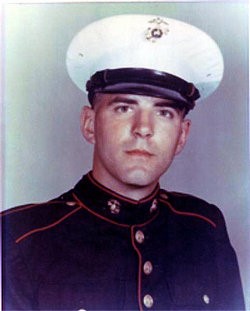 Corporal Edgar Brower Burchell was a member of the Gettysburg College graduating class of 1962, before enlisting in the United States Marine Corps on February 27, 1963 in New York City. Burchell served with Company C, 1st Battalion, 9th Marines, 3d Marine Division in the Quang Nom Province in Vietnam. While on patrol, a member of his platoon accidentally detonated an explosive trap set by the enemy, which resulted in the medical evacuation of 5 Marines, and the deaths of two men. Corporal Burchell died from wounds sustained from the explosion on June 4, 1966 at age 26. He is currently buried at Arlington National Cemetery in Virginia. 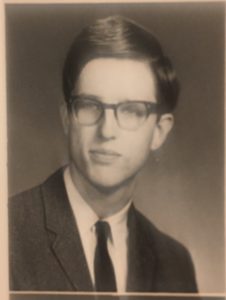 Specialist Stephen Henry Warner graduated with the Gettysburg College Class of 1968. During his time at Gettysburg (1964-1968), Warner was a member of the service fraternity, Alpha Phi Omega, and wrote regularly for The Gettysburgian, eventually becoming the editor of the features section. He was incredibly vocal in his opposition to the war, serving on a committee of students opposed to the war, and using his platform at the newspaper to further spread his thoughts about American involvement in Vietnam. After graduating, Warner continued his education at Yale Law School but was drafted into the Army after his first year. He began his tour in Vietnam on March 21, 1970 as an Information Specialist in Squadron 3 of the 5TH Cavalry Regiment, serving under the command of the 101st Airborne. SP4 Warner was killed in action 11 months into his tour, on February 14, 1971, in the Quang Tri region of Vietnam. Before his death, he bequeathed his records of the war to Musselman Library, which keeps the Stephen H. Warner Memorial Collection. His accounts have been compiled into a book called Killed in Action: The life and times of SP4 Stephen H. Warner, draftee, journalist, and anti-war activist, written by Arthur J. Amchan. 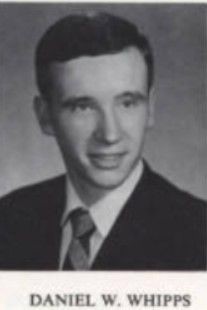 Captain Daniel W. Whipps graduated from Gettysburg College in 1969, enlisting in the United States Air Force shortly after on June 1, 1969. During his time at Gettysburg College, Whipps was a brother of Theta Chi fraternity, served as AFROTC Cadet Commander, and was president of the Arnold Air Society, a leadership organization created to prepare young men to hold leadership positions within the United States Air Force after graduation. Captain Whipps was killed in a plane crash over northeast Spain on March 14, 1972, alongside another Gettysburg alumnus, Captain Robert L. Morris. 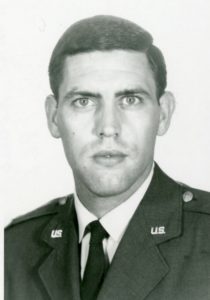 Captain Robert L. Morris graduated from Gettysburg College with the class of 1966. He was a member of the Arnold Air Society, played baseball and basketball, and was president of Tau Kappa Epsilon fraternity. On March 14, 1972, Captain Morris was killed in a plane crash over northeast Spain, with fellow Gettysburg alumnus Lieutenant Daniel Whipps, ’69. He was survived by his wife and fellow Gettysburg alumnus, Susan C. Colestock, ’67. He is currently buried in Gettysburg National Cemetery. 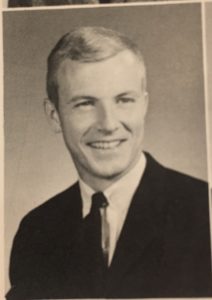 Lieutenant John M. Colestock was a member of the 1965 graduating class of Gettysburg College. While he was a student, Colestock was a member of Student Senate, Class Council, and captain of the soccer team. His sister, Susan Hill (née Colestock), married a fellow Gettysburg alumnus, Captain Robert L. Morris, also killed in action during the Vietnam conflict. After graduation, Colestock joined the United States Navy as a Naval Aviator. In 1969, Colestock was attached to Oceana Naval Air Base in Virginia. On March 7, 1969, Colestock and two other men were killed in a two-jet collision over Boydton, Virginia. He was survived by his wife, Linda (another Gettysburg alumnus), and their son. He is now buried in Evergreen Cemetery in Gettysburg, Pennsylvania. 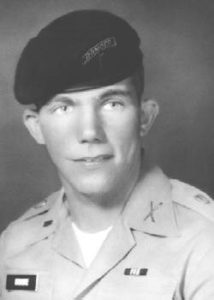 First Lieutenant Stephen H. Doane, a Massachusetts native, attended Gettysburg college briefly, before enlisting in the United States Army in 1967. Doane served in Company B, 1st Battalion, 5th Infantry, 25th Infantry Division in the Hau Nghia Province. During an operation to rescue three soldiers trapped by enemy fire on March 15, 1969, Doane was wounded multiple times. However, in order to ensure that his company could continue with the rescue operation, Doane pulled the pin on a hand grenade and dove into the enemy bunker. Although the action resulted in the loss of Doane’s life, it also guaranteed that his company was able to perform their duty without sustaining more casualties. First Lieutenant Doane was posthumously awarded the Congressional Medal of Honor for his sacrifice on October 20, 1969, the highest military decoration awarded for action against an enemy force. 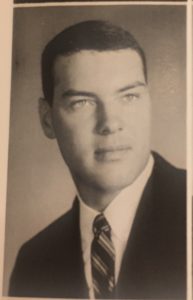 First Lieutenant Charles H. Richardson of Bergenfield, NJ was a graduate of the Gettysburg College class of 1966. He was a brother in Sigma Alpha Epsilon fraternity and a member of the varsity basketball team. He joined the United States Air Force serving as a member of the 9th Special Operations Squadron. Richardson began his tour in Vietnam on March 18, 1968, operating out of Tan Son Nhut Air Force Base near Saigon, Vietnam. First Lieutenant Richardson was killed in action in Vietnam less than nine months later, when the aircraft he was piloting crashed in South Vietnam on October 8, 1968. He is now buried in George Washington Memorial Park in Bergen County, New Jersey. 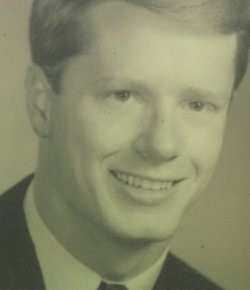 Ensign Andrew Lee Muns, Gettysburg College Class of 1965, was a New Jersey native born on October 12, 1943. Whilst studying at Gettysburg College, Muns served on the Honor Commission and was a brother in Phi Delta Theta fraternity. Muns enlisted in the United States Navy in 1967 and was serving as the paymaster on the USS Cacapon in Subic Bay in the Philippines in 1968. On January 17, 1968, over $8,000 was stolen from the ship’s safe, and Muns disappeared. Given his access to the safe, and his coinciding disappearance, he was deemed a deserter by authorities and dishonorably discharged. After decades, Naval Investigative Services (at the urging of the family) reopened the case, and after reexamining the evidence, determined that Muns had been wrongfully convicted. In fact, Muns had been the victim all along. Thirty years after his disappearance, investigators determined that Ensign Muns had been murdered by one of his shipmates, who then stole the money. In the summer of 2001, a casket was buried in Arlington National Cemetery in Muns’s honor. His discharge status was changed to honorable, his desertion record was wiped, and he was given full military honors. 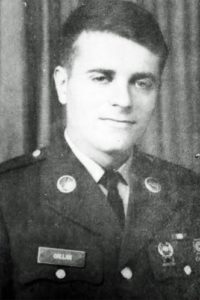 Lieutenant George Allan Callan was a member of the Gettysburg College Class of 1966. The New Jersey native began his service in Company C, 8th Infantry Regiment, 4th Infantry Division, 1st Battalion on November 1, 1968. His unit was deployed to the Kon Tum region of Vietnam. Callan was killed in action by small arms fire on March 5, 1969 in the Kon Tum Province. He is now buried at Beverly National Cemetery in Beverly, New Jersey. 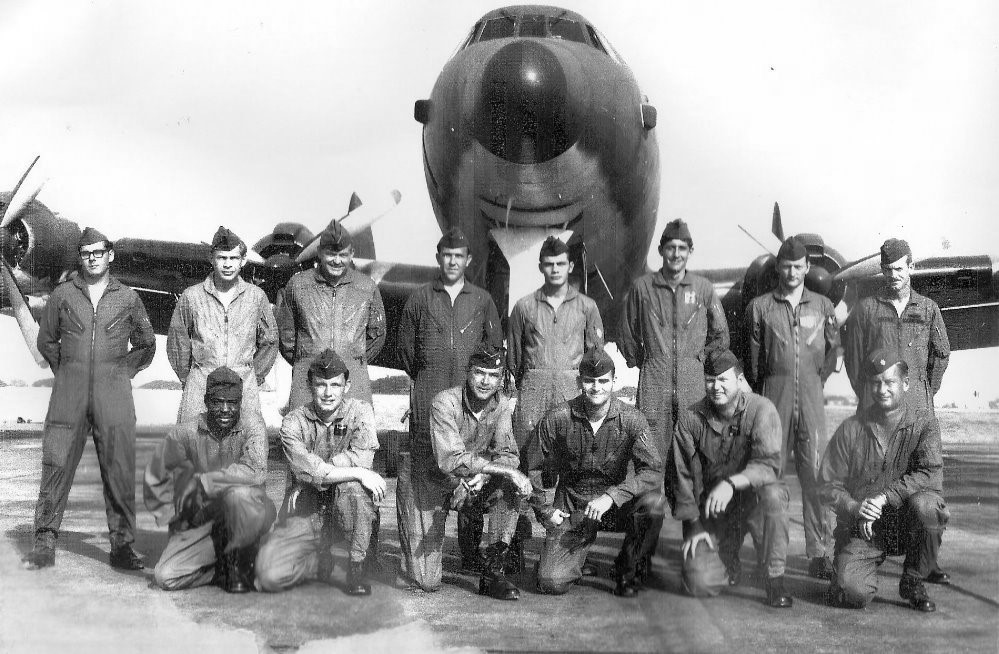 (First Lieutenant J. Andrew Marsh, second from the left on the bottom row)

First Lieutenant J. Andrew Marsh of the United States Air Force was a member of the Gettysburg College Class of 1967. During his time at Gettysburg, Marsh was a member of Arnold Air Society, Student Senate, Marching and Concert Bands, and was a brother in Sigma Nu fraternity. After graduating, Marsh joined the United States Air Force as a member of the 554th Reconnaissance Squadron. On April 25, 1969, Marsh and seventeen additional airmen boarded their plane in Korat, Thailand to begin a scheduled tactical mission. While en route to their final destination, the aircraft got caught in intense thunderstorms, which led to the disintegration of the wings and propellers. The men onboard lost control of the vessel, and the resulting crash led to the loss of all eighteen airmen, including Lieutenant Marsh. He is now buried at Alto Reste Burial Park in Altoona, Pennsylvania. 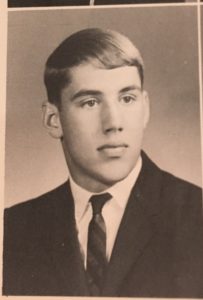 Ensign James Matthews Ewing of Beaver, Pennsylvania was a member of the 1965 graduating class of Gettysburg College. While attending Gettysburg College, Ewing played in the band, was a member of the swimming team, and a brother in Kappa Delta Rho fraternity. He enlisted in the United States Navy on June 4, 1965 and was stationed at the United States Naval Base in Little Creek, Virginia. On January 22, 1967, Ewing was involved in an automobile accident on the base of Fort Bragg, North Carolina. Four hours later, the doctors at Womack Army Hospital pronounced him dead due to head trauma. On June 25, 1967, Ensign Ewing was laid to rest at Arlington National Cemetery. 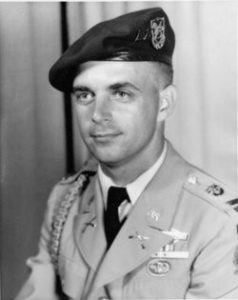 Captain Millard Russell Valerius, originally from Grand Rapids Michigan, joined the United States Army at age 19. He served in the Korean War, after which he returned to his alma mater, Gettysburg College, and served as an Army ROTC instructor from 1962-1964. After serving as an instructor at the college, Valerius was deployed to the Bien Hoa region of Vietnam during the conflict. On May 28, 1965, Captain Valerius was killed in a helicopter collision over Bien Hoa. He is currently buried in Arlington National Cemetery. 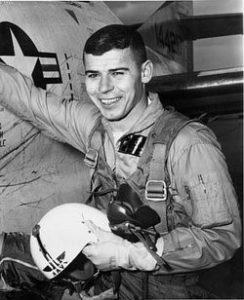 Captain Joseph Patrick Murphy of Connecticut graduated from Gettysburg College in 1963.  During his time as a student, Murphy served as the president of Sigma Alpha Epsilon fraternity, acted as one of the captains of the football team, and played on the lacrosse team. After graduating, Murphy enlisted in the United States Marine Corps as a Pilot, serving in the Quang Nom Province of South Vietnam. On March 24, 1967, Captain Murphy was involved in a plane crash at sea and died from the impact. He was 27 years old. He is now buried in Arlington National Cemetery in Virginia.

Editor’s Note: All research on these honored veterans was conducted by Lizzie Hobbs. The photos were attained either from the Gettysburg College Spectrum yearbooks, Fold3 Military Records, or Find A Grave. A previous version of this story stated that the Stephen Warner Memorial Collection is located at Princeton University, where Warner is buried; it is located in Musselman Library at Gettysburg College.