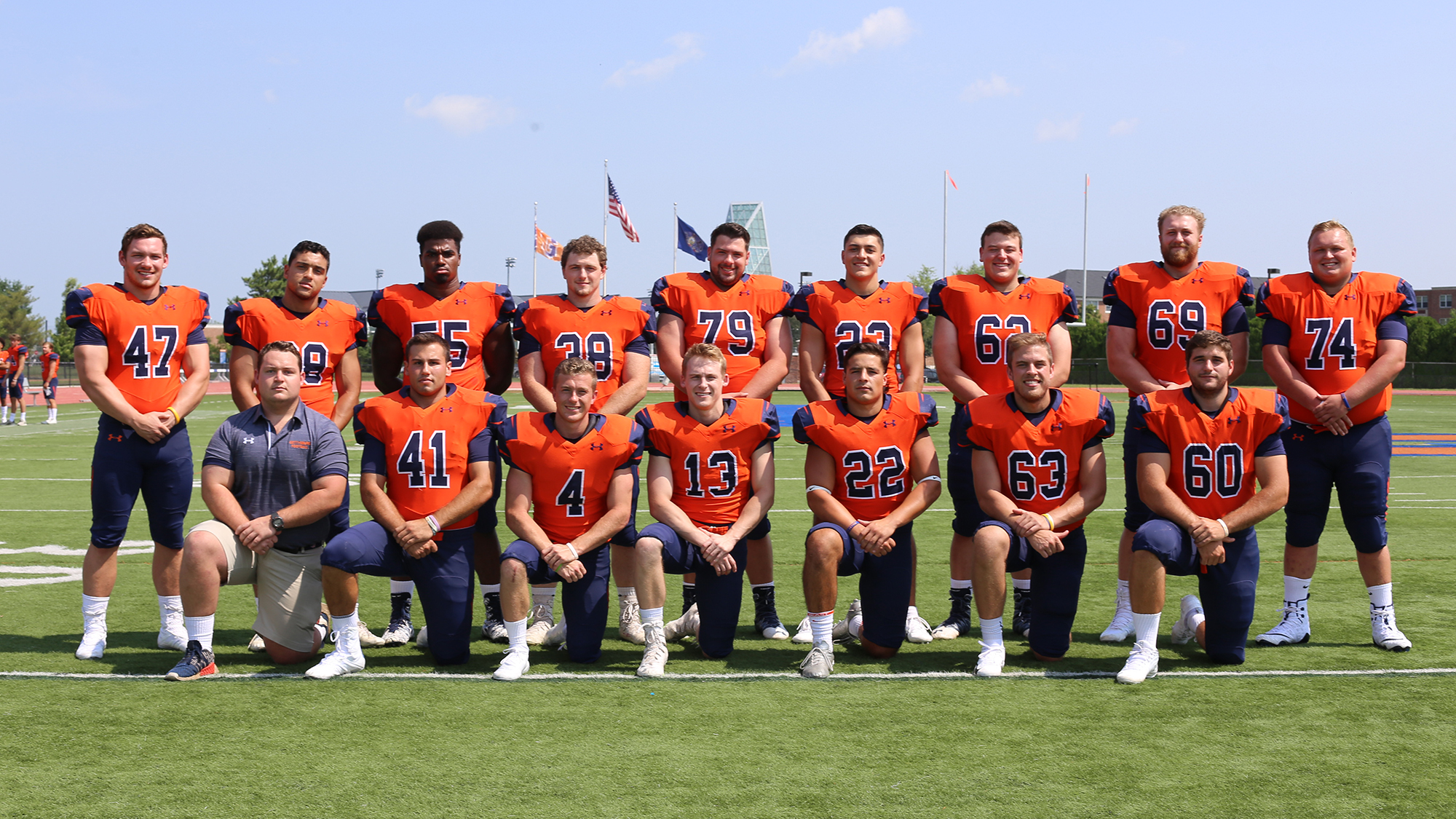 Gettysburg College failed to take back the Lincoln Trophy in a 34-10 loss to Franklin & Marshall College.

Franklin & Marshall held Gettysburg scoreless for more than half the game, while holding the Bullets to 147 yards of offense, averaging just 2.2 yards per play.

Defensively, Joey LaMore led the team with 10 tackles. Junior Cole Keyes also added 8 tackles, 1 for a loss, and a sack.

It only took 18 seconds for Franklin & Marshall to put points on the board. In the first play of the game, the Diplomats scored off a 71-yard pass to put the Bullets down 7-0 early.

Gettysburg responded on the next drive with an 8-play, 75-yard drive featuring a 42-yard career long run from Rella.  The drive ended with a pass to first-year Andrew Lusardi for his first career touchdown.

Franklin & Marshall scored on the next drive to go up 14-7.  Firing back again, Gettysburg scored on the following drive off a 21-yard field goal from junior Justin Geisel.

Before the half ended, Franklin & Marshall ran in another touchdown and held Gettysburg, 21-10.

After a fast start, the second half slowed down. Gettysburg only drove past the 50-yard line once the rest of the game as Franklin & Marshall played lock-down defense.

Franklin & Marshall has retained the Lincoln Trophy for three years now. The last time the Bullets won the trophy was in a 21-7 win in 2015.

This was the last game for 16 Gettysburg seniors.

“Those guys try to bring it every day [and] have a good attitude.  When it’s your senior year and the year isn’t going well, you can get [frustrated] and that never happened,” said Head Coach Kevin Burke.

Though after finishing 1-9, the season was not wasted.

“What I think we learned overall as a team is that there’s a razor-thin major between victory and defeat,” said Coach Burke.  “I think our freshman class is the, if not one of the, best in the conference [and] I think we’re off to a great job recruiting. Everyone wants to be a construction worker. So we’re going to get our hands dirty. We’re going to build it. We got a really bright future coming along.”