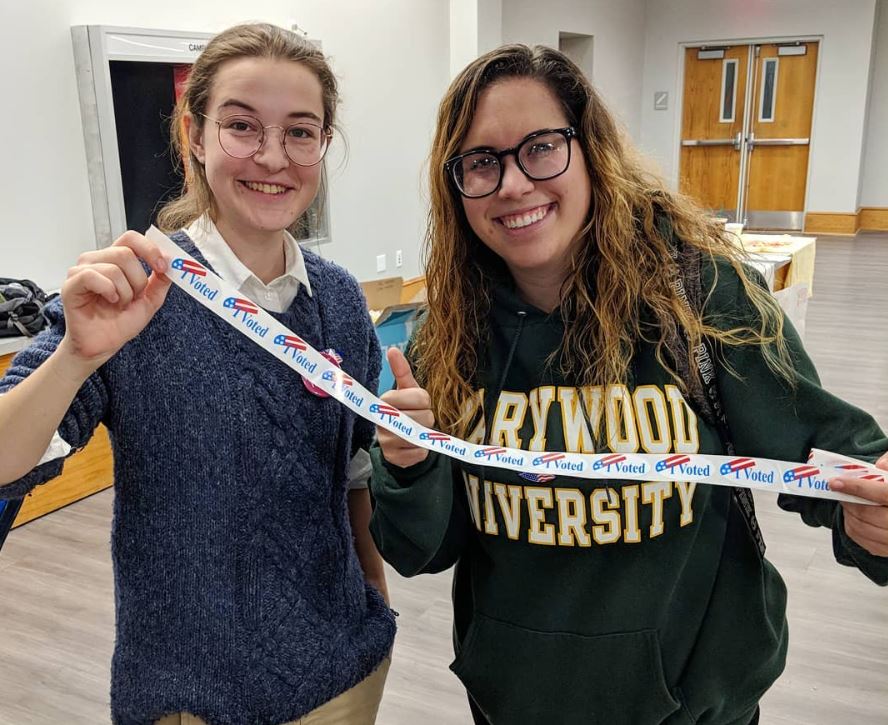 When it was all said and done, just over 880 voters cast ballots in Gettysburg’s second precinct in the College Union Building (CUB) Ballroom Tuesday. According to records kept by Andrew Dalton ’19, President of Gettysburg College Democrats, based on his club’s poll watchers, 426 of those voters were college students, representing 77 percent turnout among registered student voters at the college.

An overall turnout percentage for the precinct was not immediately available, but the gross totals more than doubled the last midterm election. In 2014, 411 voters cast ballots in the second precinct, representing 21 percent turnout.

In addition to those students who voted in Gettysburg, some students decided to vote by absentee ballot.

One was Rebecca Holden ’19, who cited important races in her home state of Florida as why she decided to vote at home.

“I felt it was in my best interest and in the interest of my state to continue voting there while I am away at school,” she said. “I am excited about the close races in Florida this midterm. At the same time, I worked with my local party and local candidates this summer, and I was very excited to vote for them!”

Throughout the day, members of Gettysburg College Democrats were stationed in the CUB lobby to distribute stickers to students who had voted, serve as poll watchers, and engage in last-minute mobilization efforts to get students and other Adams County residents to the polls.

Just before noon, College Democrats President Andrew Dalton ’19 said, “There is clearly a lot of energy and enthusiasm on campus this year. It is at least as crowded as it was in 2016, if not more.”

Later in the day, his assessment continued to ring true.

“Energy and excitement for this is more than anything I’ve seen before even in presidential elections,” he said, citing one point at which the line to vote extended all the way to the old Commons area from the doors to the ballroom.

90 percent turnout among students registered as Democrats may well have fueled that energy.

Earlier in the semester, College Democrats ran a voter registration drive with the goal of registering 300 new voters, a goal Dalton believes the group met when those students who registered online are included.

Their president, Zachary Sobeck ’20, said that the club met with a representative from the Scott Wagner gubernatorial campaign and that some members attended an Adams County Republican Committee event at which Wagner spoke.

He also said that students who attended their meetings “were encouraged at all meetings to vote in the mid-term elections, and we discussed with freshman students the various methods by which they could vote such as absentee ballots or registering to vote here on campus.” 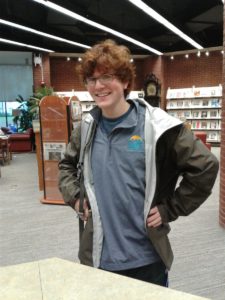 The 2018 election brought out a number of first-time voters. One was Jacob Berowitz ’22, who hails from Massachusetts but decided to vote in Pennsylvania where he thought his vote would have a bigger impact.

“Pennsylvania is a swing state,” Berowitz, who also volunteered with College Democrats’ outreach efforts, said. “After I vote, I’m going to be one of those annoying people who knocks on people’s doors.”

He later clarified that he ended up distributing doughnuts at the polls instead.

Katie Cona ’21 observed that voting was a fairly easy process.

“It’s like a standardized test, but with less options!” she quipped.

Kyra Pfeiffer ’21 said that voting was an empowering feeling.

“It made me feel like I played a part in democracy,” she said. “I feel liberated.”

Four races were on the ballot for those who voted in Gettysburg.

Incumbent Democrat Bob Casey defeated a challenge from U.S. Representative Lou Barletta, a Republican who came to national notoriety in 2006 when, as Mayor of Hazleton, he imposed major restrictions on illegal immigration that were struck down in federal court. Statewide, Casey led 56 percent to 43 percent with 98 percent of precincts reporting; he won Gettysburg’s second precinct 75 percent to 21 percent.

“I am proud of the race we ran,” Qually said on Facebook after the election. “We knew the challenges when we started this race eighteen months ago. We knew the registration numbers, the fundraising disadvantages, and the realities of this district. That didn’t stop us though – we knocked 7,000 doors, raised over $100,000, and poured our hearts into this run.”