Opinion: His Majesty King William IV: An Unsung Defender of the British People 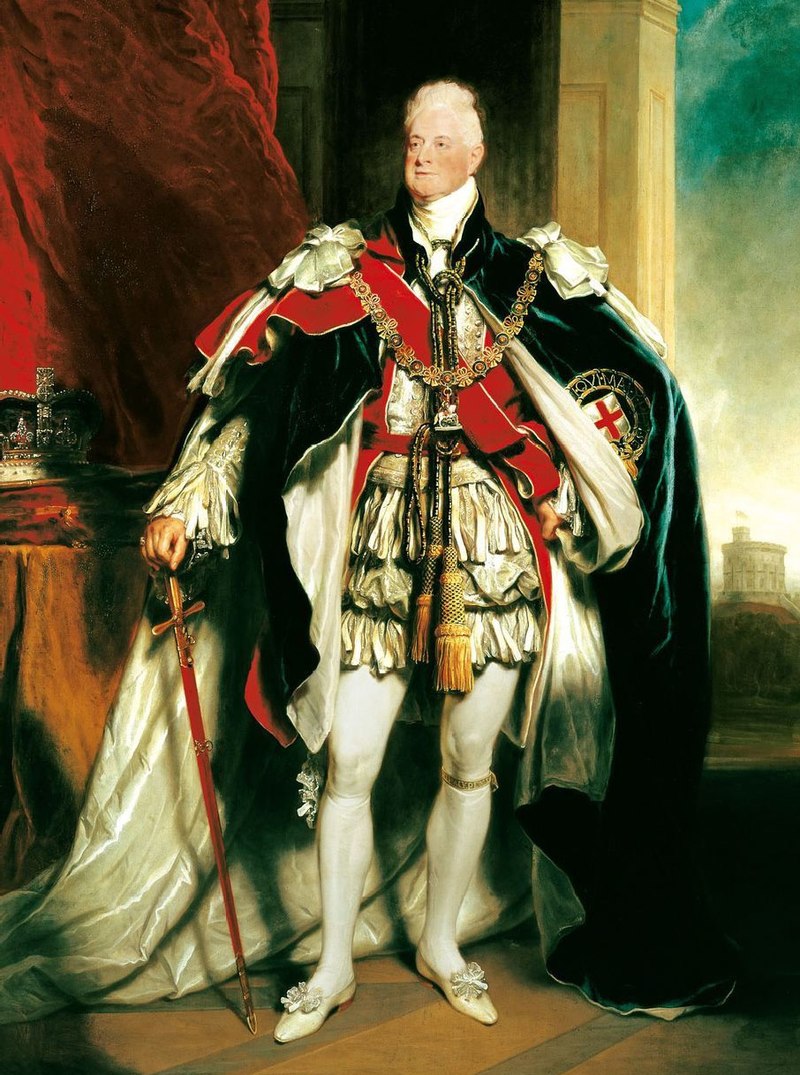 His Majesty King William IV was born a member of the Royal House of Hanover on August 21st, 1765 as the third son of His Majesty King George III of the United Kingdom of Great Britain and Ireland and King of Hanover. As the third son it was highly unlikely that he would inherit the Crown, so he embarked on a career in the Royal Navy and the House of Lords.  As a midshipman in the Royal Navy, Prince William served in New York during the American Revolution making him the only British Royal to have ever visited the American colonies.  During the war General George Washington approved a plan to kidnap Prince William, but the British got word of this and the plan was thwarted.  After the war he was promoted to captain and served under the famed Admiral Horatio Nelson in the British West Indies.  By the end of his naval career, Prince William had attained the rank of rear-admiral.  Just before his service with the Royal Navy ended in 1790, Prince William’s father, King George III, created him Duke of Clarence and St. Andrews and Earl of Munster on May 16th, 1789, thus giving him a seat in the House of Lords.

During his time in the House of Lords, Prince William (now the Duke of Clarence) had rather a moderate voting record and was not a consistent Tory nor a consistent Whig unlike his older brothers, Their Royal Highnesses Prince George the Prince of Wales and Prince Frederick the Duke of York who were staunch Whigs and in conflict with their Royal father.  When the Napoleonic Wars broke out, Prince William desperately wanted to serve in the Royal Navy again but was not given a command despite being given the honorary rank of admiral in 1798.  During his time in the House of Lords, Prince William had a relationship with the Irish actress Dorothea Bland.  They were unable to marry due to the provisions of the Royal Marriages Act of 1772 which required the Monarch’s consent to all Royal marriages, but the two did live together and she bore Prince William ten illegitimate children.  Bland died in 1816 and Prince William thought it high time he found a wife.  On July 11th, 1818 Prince William married Princess Adelaide of Saxe-Meiningen, the daughter of George I, Duke of Saxe-Meiningen.  At the time of their marriage Prince William was fifty-three years old while the new Duchess of Clarence was only twenty-five years old.  The two were happily married but were unable to have children.

As King William IV he performed exceedingly well and had an efficient working relationship with Tory Prime Minister Arthur Wellesley, the Duke of Wellington.  At this time the accession of a new Monarch required a new election and while the Tories were the largest party after the election, infighting allowed Charles Grey, the Earl Grey to form a Whig Government.  The newly formed Whig Government sought to reform the electoral system for the United Kingdom which saw new industrial cities such as Manchester electing no Members of Parliament while some rural boroughs with as few as seven voters electing two Members of Parliament.  Since the Tories still had the largest number of seats the Earl Grey’s Reform Bill of 1831 was defeated, so later that year he turned to King William IV for help.  The Monarch of the United Kingdom had (and today still has) the prerogative to dissolve the Parliament and call for a new election.  Since an election had just recently been held on the advent of his accession, the King was hesitant to call for a new election despite his support of electoral reform and the near certainty that the Whigs would gain a majority in the new election thus assuring passage of the Reform Bill.  It was actually the Tories that prompted the King to act when, in the firmly Tory controlled House of Lords, a resolution was about to be passed against the Monarch’s Royal prerogative to dissolve Parliament.  King William IV went in person to Parliament clad in Royal regalia and the crown atop his head.  His Royal presence stopped all debate and the resolution was stalled when the King formally dissolved Parliament and called for a fresh election which (as planned) yielded a Whig majority in the House of Commons despite the House of Lords remaining firmly in Tory hands.  During this time the King again came into conflict with the Tories over his Coronation which was held on September 8th, 1831.  The King wanted a modest Coronation after the overly extravagant one of his predecessor and was hesitant to even have a Coronation ceremony while Parliament was dissolved.  Many Tory Peers were upset that the Coronation was scaled back and threatened to boycott the Coronation entirely which did not dissuade the King who regarded the potential boycott as an opportunity for “greater convenience of room and less heat”.  The King went through with his modest Coronation and there was no Coronation banquet held after the ceremony in the interest of keeping the costs low.  With his new majority and the Coronation finished, the Earl Grey was now able to pass the Reform Bill through the House of Commons, but the bill would surely be defeated in the House of Lords.  To remedy this (and to get back at those who attacked his Royal prerogative) King William reluctantly created enough new Peers in the House of Lords in favor of the Reform Bill to assure its passage. The King, not wanting to create too many new Peers, mostly elevated the heirs to already existing Peerages to the rank of Peer that would eventually merge with the Peerage they were set to inherit.  With a new Whig Government in the House of Commons and a packed House of Lords the Reform Act of 1832 was passed and given Royal assent.  This new reform allowed the people of the United Kingdom to be more fairly represented in Parliament with constituencies based on the current population distribution not the population distribution of yore.  The law also lowered the land ownership requirements for suffrage, so people were better represented, and more people were able to vote.

These new rights afforded to the British people would not have been possible without the strong involvement of Royal authority. The role of the Monarch in the British system of government truly is the defender of the rights of the people. When Parliament, unbound by a formal constitution, gets it wrong and goes against the rights of the people, it is up to the reigning Monarch to right the ship and stand up for the people. The Monarch truly is the only bulwark against possible tyranny in the British system.  King William IV is a shining example of this Royal bulwark.

The rest of the King’s rather short reign was mostly uneventful except for the year 1834, when he became the last Monarch to appoint a Prime Minister against the will of the House of Commons.  This occurred when the new Whig Prime Minister, William Lamb, the Viscount Melbourne, attempted to appoint the politically radical John Russel, the Earl Russel to the position of Chancellor of the Exchequer.  The King was shocked by the radical movements of the Whigs to the extreme left, so he sacked his ministers and appointed the Tory Sir Robert Peel as the new Prime Minister.  While Sir Robert Peel’s Tory Government eventually collapsed, his appointment did successfully moderate the House of Commons.  Again, King William IV used his Royal prerogative to right the wayward ship of Parliament.  During his reign King William IV had to force reforms through a stagnant Parliament and then put out the radical flames of leftist extremism when the energy of the reformers could not be contained.  The last few years of King William IV’s reign were rather uneventful, but the King was determined to live until his heiress presumptive, Princess Victoria, reached the age of majority so she could reign as Queen without the regency of her cruel and overbearing mother, the Duchess of Kent.  Princess Victoria turned eighteen in 1837 and later that year on June 20thKing William IV died, and she ascended to the Throne as Her Majesty Queen Victoria ushering in the great Victorian Era.  The advances of the British Empire during the Victorian Era may never have come to fruition without the reforms and stabilization brought about by the strong Monarchical action of King William IV.  King William IV was the last Monarch in British history to have dissolved Parliament and appointed a Prime Minister against the will of Parliament respectively.  Both of these actions improved the rights of the British people and the functioning of Government.  The Reign of King William IV is an example of how the Monarch is the defender of freedom and liberty in the United Kingdom.