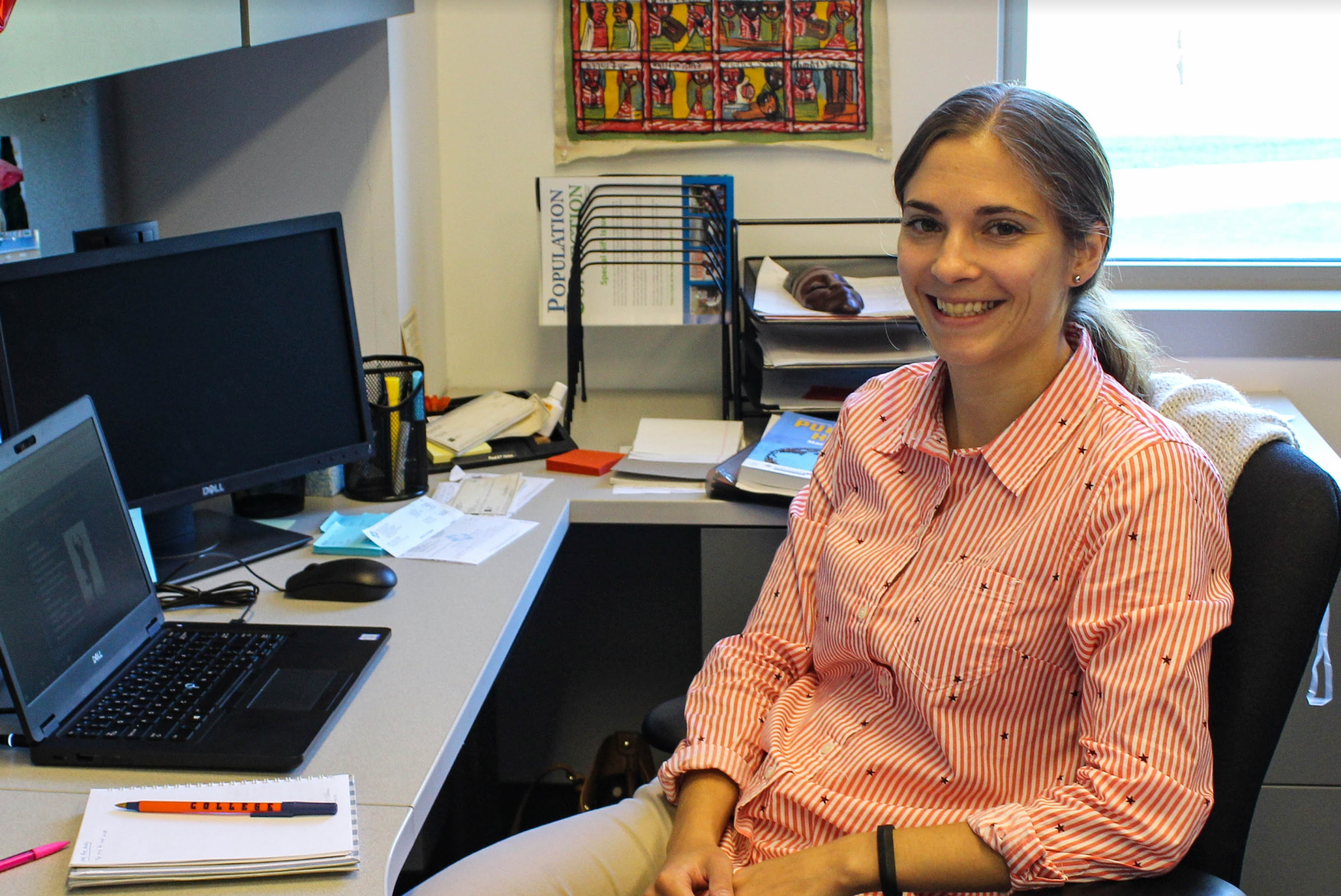 Gettysburg alum Professor Megan Benka-Coker joined the faculty of the Health Science Department this year. She graduated from Gettysburg in 2009, received her Masters in Public Health from Emory University in 2011, and obtained her PhD from Colorado State this past spring.

This semester she is excited to be teaching Health Science 120 (Public Health) and Health Science 326 (Epidemiology). Benka-Coker ultimately decided that Gettysburg would be the “perfect place” to teach, namely in the department she graduated from.

A health science alum, Benka-Coker teaches alongside some of her past professors from her undergraduate days at Gettysburg. On the transition back to campus, she notes, “It’s nice to be back with professors I knew as a student and picking up where we left off.”

Benka-Coker appreciates the support from the staff and the opportunity to relate to them as peers.

She originally intended to pursue physical therapy at Gettysburg but ultimately honed her studies in on public health, despite the lack of classes offered to undergraduates in the program at the time. Benka-Coker is excited to see that the program has expanded and hopes to give more opportunities to students entering the health science field.

She entered the world of public health with focus more on prevention rather than treatment.

“The impact working on preventing diseases in large populations is huge,” Benka-Coker said.

At Gettysburg, Benka-Coker enjoys teaching Global Health because it is an interdisciplinary course. On disease, she believes, “In order to solve those problems we need a bunch of different people at the table.”

Interdisciplinary courses like Global Health can attract environmentalists and business students alike because they can look at these global problems through different lenses.

Benka-Coker struggled when deciding to pursue academia or research. Part of the deciding factor was that the position at Gettysburg opened up first. She also has a 15-month-old baby at home, so between teaching and parenting, she finds little room for her favorite pastimes like playing soccer and other outdoor activities.

“A lot of places around the world don’t have electricity,” she explained. “So in order to heat their homes, they essentially have to have a campfire in their homes.”

The lack of electricity is especially dangerous for women who often do the cooking could potentially contract lung problems.

She would like to give her students more opportunities to do their own research. Some of these opportunities include, “data analysis, eventually do field studies, and field work in the summer.” Similar to her own research, students would monitor smoke in other peoples’ kitchens and take their health measurements.

Benka-Coker is still getting acclimated, but notes that in the future she hopes to “be more involved on campus, leading some sort of student group, and getting students involved in [her] research.”

She understands the importance of a hands-on experience since she studied abroad in Uganda and went with CPS on an Immersion Trip to Nicaragua, which is what piqued her interest in public health.

Finally, Professor Benka-Coker gives valuable advice to students who are be focused on one specific path: “Lots of students think there’s only one path to the job they want,” she said. “But that’s one of the benefits of a liberal arts education: there’s no one path to anything. So if you don’t enjoy it or if you don’t want to do it, then change it. Do what you enjoy if possible.”