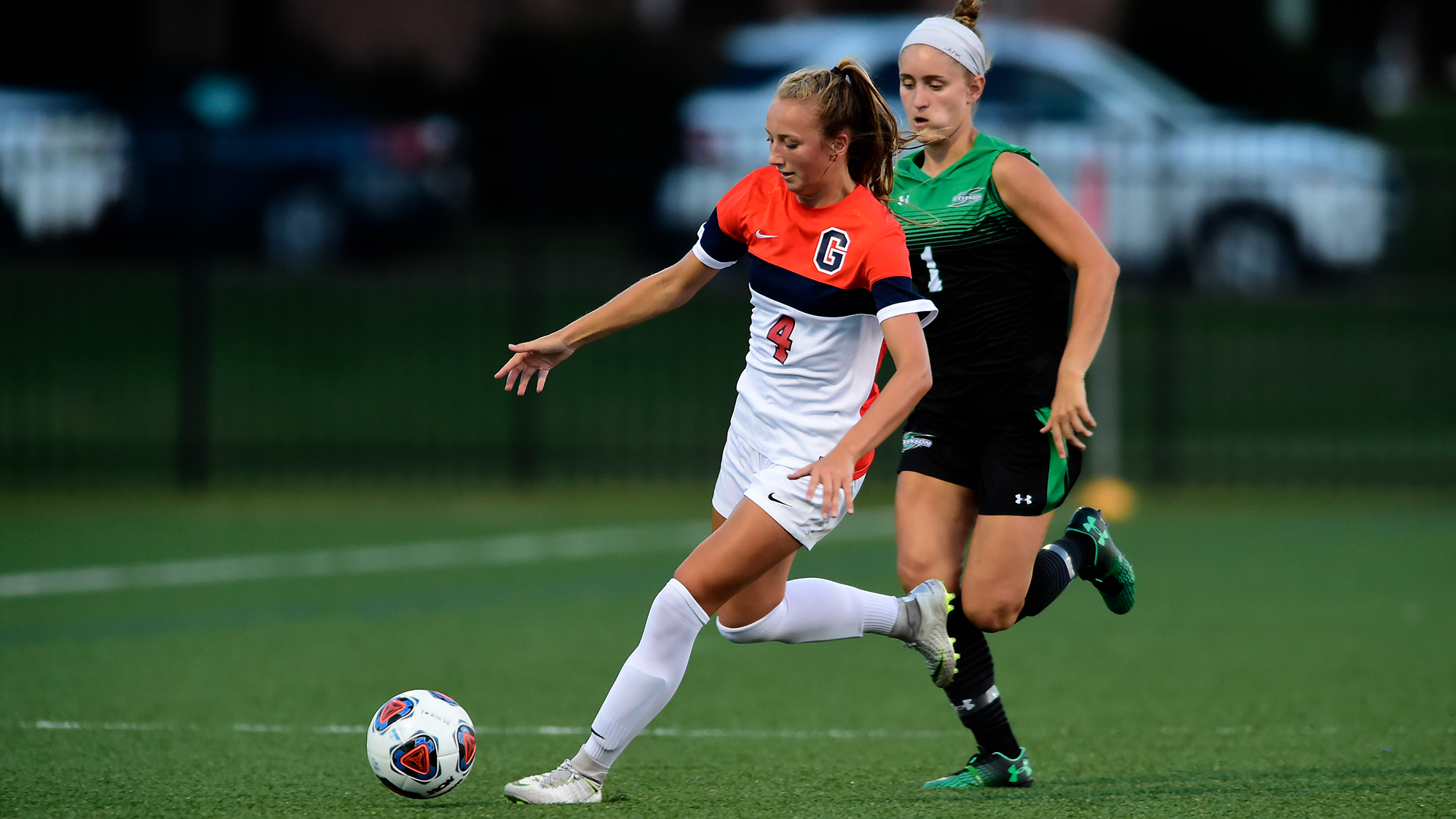 The Gettysburg College Women’s Soccer team has had a strong start to their 2018 season, with a record of 3-2-1 so far. Last week, the Bullets were able to secure a 1-0 victory against York, but dropped the second game of the week to Washington college.

Head coach Matt Garrett has been happy with how the team has performed early in the season.
“We excelled in our opening weekend and showed great possession, movement, and drive; and need to find a way to replicate that every game,” said Garrett.

First-year Erika Muskus was able to score the game winning goal, which was also her first career college goal, in the 63rd minute to put the team on top. The York goalkeeper attempted to clear the ball, but first-year Molly O’Shea intercepted it inside the box and passed it to Muskus, who easily scored.

First-year Madelyn Cunningham also saw her first career college start and shutout, picking up 6 saves.
Coach Garrett has also been excited about the impact that first years have had on the team.

“A great deal of the freshmen have made a big impact and we have had 5-6 starting freshmen every game, with Erika Muskus and Molly O’Shea making a massive impact,” said Garrett.

In their next game, Gettysburg saw the beginning of Centennial Conference play in a matchup with Washington. However, they dropped the game 3-2, which is the first time in program history that the Shorewomen have defeated the Bullets.

Washington came out strong, scoring a goal at the 9:10 marker, and then scored a second goal with only 22 seconds left in the half to head into halftime with a 2-0 lead.

The Bullets easily outshot the Shorewomen 10-4 in the first half, and nearly tied the match at the 20th minute as senior Lauren Miesemer shot a free quick that was slightly too high.

In the 52nd minute, Miesemer passed the ball to Muskus who quickly shot it into the left of the net to get the Bullets on the board. The team kept on fighting and managed to tie the game 24 minutes later.

Senior Alexa Bushey took advantage of a free kick opportunity and gave first-year Kelly Gaudian a chance to head the ball into the back of the net, which was her first career goal.

However, in the 82nd minute, Washington’s Erin O’Reilly scored a quick goal that proved to be all the team needed. Gettysburg was able to outshoot Washington 20-7 and had a 3-2 advantage in corner kicks. In addition, sophomore goalkeeper Kerry Sammon played the full 90 minutes and collected two saves during the game.

Moving forward, coach Garrett had a positive outlook for the team.

“We have a very young and talented team but need to be ready to play every game more [consistently]. The potential is huge for this group this year and in the future years,” said Garrett.

Gettysburg will look to shrug off the loss and rebound against Ursinus at 5:00 p.m. on Saturday, Sept. 22.