Home » Opinions » Opinion: The Problem with Rushing–Friends are the Family We Choose

Opinion: The Problem with Rushing–Friends are the Family We Choose 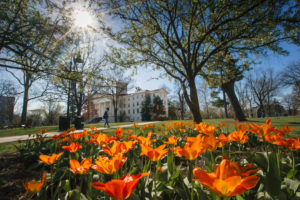 In Harper Lee’s classic American novel, To Kill a Mockingbird, Jem Finch declares that “Atticus says you can choose your friends, but you sho’ can’t choose your family, an’ they’re still kin to you no matter whether you acknowledge ‘em or not, and it makes you look right silly when you don’t.”  This literary quote has been paraphrased and/or shortened by many over the years so that people who are disillusioned or disappointed with certain relatives can have a profound cliché to justify their righteous embarrassment caused by another family member. I have been thinking about To Kill a Mockingbird quite often over this past week.  I never intended to participate in Greek Life as a college student. It was never even a consideration during my college search. I just had no interest in it. That apathy – combined with Gettysburg College’s policy that first-year students may not rush – made my life less stressful. Until last April.

Most people grow and change during their four years of college.   Still, there were beliefs so deeply ingrained in me, so much a part of my personality and identity that I could not imagine having a change of heart.   But as the end of the academic year loomed, the new friends I had made invited me to join them in the pre-rush opportunities in which they planned to participate.   So, I went. I figured if college is truly about finding oneself, then I should be open to new opportunities. I quickly decided that it was not something I was going to pursue.  Perhaps I could not see past the approaching summer, so it was easy for me to make that decision.

Fast-forward to this past August.  As I prepared to return to school, I began to wonder if I should participate in recruitment at the beginning of the new year. In theory, some of the benefits of being in a sorority appealed to me.  I see the merit in the charity work that some organizations do on college campuses across the country. I have witnessed seemingly fabulous friendships forged among some young women who have gushed about their sorority experiences. I decided to register and see for myself.

As an only child, the notion of having “sisters” at my “home-away-from-home” was enticing.  But at the end of the first night, after spending eight hours engaged in perfunctory conversations with upperclassmen who may have known which girls they wanted to invite even before they even met all of the recruits, I began to have misgivings.  The next morning, however, I received four callbacks, so I decided to continue with the process. A “callback” has always been associated with a performance in my mind, so I struggled with the idea of showcasing my worthiness. But these feelings of uneasiness developed because of my personality.    These reservations were not caused by any individual, any group, or any organization at large. It was the process that caused me to question my involvement. As soon as I walked into the “holding tank” of other girls who had received their scheduled screenings for day two, additional doubts entered my thoughts.

It was when I saw three different girls crying that I finally stopped wavering with my own personal confusion.

I decided that joining Greek life was not something for me. These girls were crying because they were not invited back for the second round with a desired sorority.  This seemed more obvious than the unspoken caste system of high school cliques. Why was I allowing myself to be interviewed to be a friend? Wasn’t this supposed to occur naturally and organically over shared interests and beliefs?  I was torn. The idea of sisterhood among good girlfriends is something that most women value. How could it be so artificial? I did not want girls who were deciding if they wanted to be my “sisters” dictating what to wear and when to wear it.  I could not accept the idea that I may be told with whom I could sit with in the library. I kept “re-seeing” the recruitment rules regarding attire regulations and limitations on accessories and conversation topics for this initial exercise. This reminded me of a pageant, and we – the participants – were nervously waiting with our hands clasped in shared anticipation to find out if we made the cut to be named a finalist.   I withdrew immediately and rather abruptly just minutes before the next round was set to begin.

I realized that a clinical showcase over the course of three days was not the manner in which I would be able to find a group of best friends.

Though my decision to withdraw was a deeply personal one with no animosity or bitterness, I am still left with a feeling of sadness. As the weekend ended, I could not help but notice the juxtaposition of opposing emotions of those who completed the bid process. Shrieks of delight were heard among many.  However, for some, there were only tears of discouragement and disappointment. This observation troubled me.

How did an institution which proclaims to celebrate the bonds of sisterhood also cause feelings of exclusion within the span of a single weekend?

I thought of Jem again. “You can choose your friends, but you sho’ can’t choose your family…”  It seems like sororities reverse that philosophy. They choose their family regardless of whether they know them as friends.

Now, I will be the first to acknowledge that we will not always get that which we desire.  Disappointment is a part of life. And no one likes that feeling, of course, but this type of letdown just seemed wrong to me in some way.  It seemed unnecessary – for me. I learned that I did not want to “audition” for the role of a friend or a sister. I actually want to become a true and loyal friend to someone who eventually may feel as though we are sisters.

It is true that we learn so much about ourselves as we navigate through our individual life journeys.   I am happy for the girls who are pleased with the bids they received. I offer compassion to the girls who feel dissatisfied by the outcome.  I wish all of the pledges good luck as they continue the process. And I hope that all girls – members of the Greek system or not – will permit themselves to develop positive and healthy relationships that have the potential to evolve into lasting friendships.

As I process my thoughts after this emotional experience, I consider one simple but particularly profound realization from To Kill a Mockingbird:  As Scout acknowledges that she may have misjudged others who are actually nice, Atticus reinforces his familiar Don’t-Judge-A-Book-By-Its-Cover advice one final time by confirming, “Most people are (nice), Scout, once you finally see them.”

Marisa Balanda '21 is pursuing a double major in both political science and women, gender, and sexuality studies at Gettysburg College. She works in the admissions office as a tour guide, is a senator for the Class of 2021, and is a part of the auditioned hip hop group, Bomb Squad.