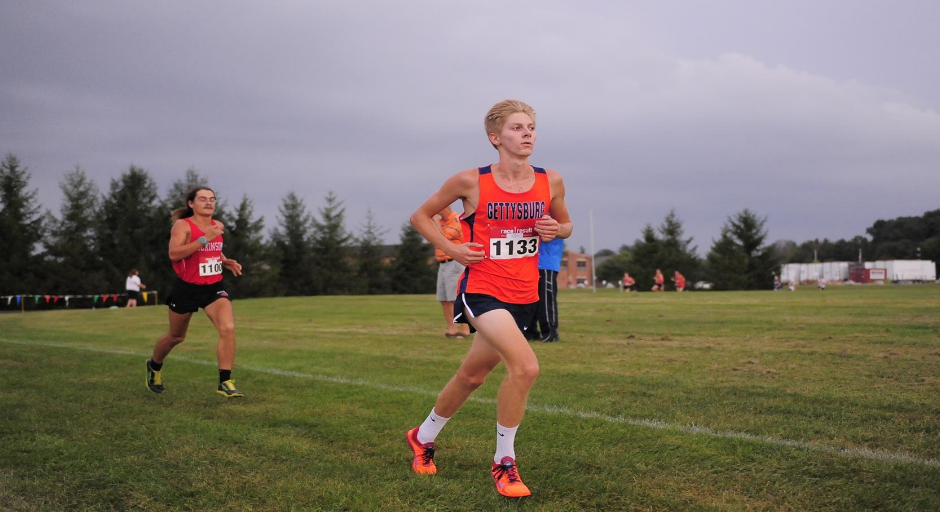 During the 5k run, Dickinson runner Eric Herrmann came in first place with a time of 15:57.0.  The first three placements, including Herrmann, were also Dickinson runners with Bryce Descavish and Duncan Hopkins finishing in 16:02 and 16:08 respectively.

Other notable performances by the Bullets included sophomore Christian Rodriguez, first-year William Hopkins, senior captain Matt Robinson, and senior Mike Miller who placed twelfth, thirteenth, fourteenth, and sixteenth respectively. The finishes in the 5,000-meter run by the team was enough to propel the Bullets to a win over Franklin and Marshall.

However, Dickinson delivered six runners into the top ten, which was enough to push them over the edge and win the Little Three Meet for the 22nd consecutive year.  Notably, Eric Herrmann, who won the 38-runner field for the second straight year.

The Little Three Meet also featured a second consecutive top-10 finish for junior Sheldon, and a second consecutive top-20 finish for Petrecca, as both runners built upon their previous performances at the Shippensburg Invitational Meet on August 31. The Gettysburg College men’s cross-country team has been preparing for this season and have optimistic goals they believe they can achieve by the end of the year.

In an interview for Gettysburg College Athletics, Petrecca and Robinson discussed the training the team underwent during the summer to prepare for the season.

“After a week or two of letting our bodies rest, we [got] right back out there and [ran], [trying] to [run] 6-7 days a week and about 60 miles each week. Doing workouts on the tracks and workouts on the trails [were] [also] important too,” said Petrecca.

“We’re putting in a lot of work.  This is some of the harder weeks of the season,” said Robinson.   “Some guys are hitting 70 miles a week, we are all working to get our mileage up and workouts up to get us in shape for a good season.”

With the season still young, the men’s cross-country team looks to accomplish a lot and believes it starts with the conditioning they’ve undergone to prepare themselves for their upcoming schedule.

The team will get a chance to continue their hopeful season on Saturday, September 15 at the Kutztown DII/DIII Challenge in Kutztown, Pennsylvania.