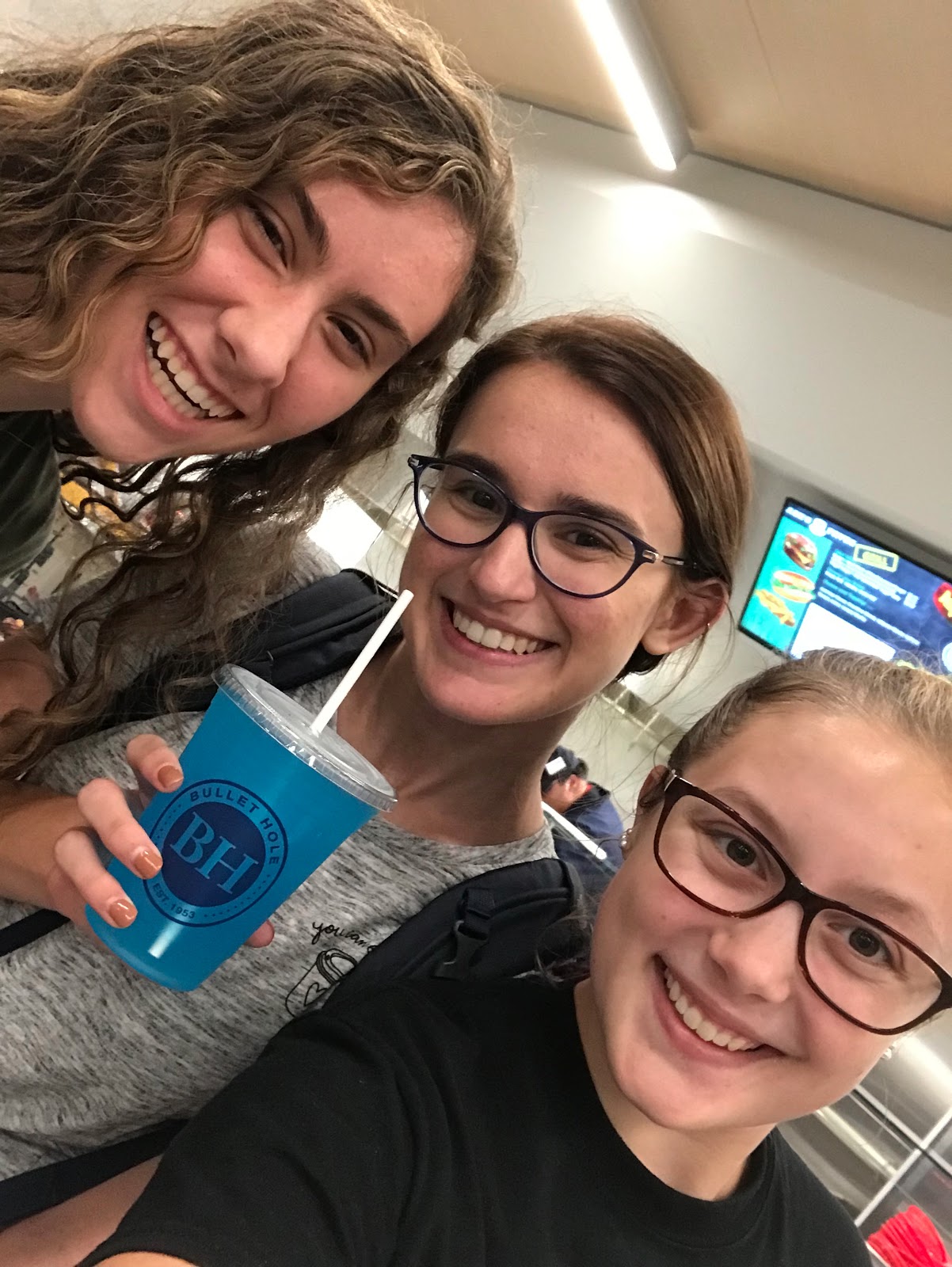 Students are taking school pride to the next level with the apparent popularity of the Bullet Hole’s “Blue Drink.”

As I sit in the newly renovated Bullet Hole and look around, I see them everywhere. Entire tables of students all drinking the vibrant blue drink. I had to know more.

I asked Mitchell Fenton ‘21, one of the students enjoying the beverage, to describe the makeup of the concoction. He explained that “it’s a 50:50 ratio of blue and yellow powerade.”

Another student, Emma Armstrong ‘21, commented that the beverage “looks like toxic masculinity.”

After learning as much as I could about the drink, I knew I would have to try it. I walked into Bullet late Tuesday night on a mission. While I was in line to buy the drink, I noticed two other students who were mixing up the drink.

Abby Wester ‘19 said that she was getting the drink “because the color looks cool.”

Meanwhile, Lauren Hand ‘20 commented that she is “personally afraid of it.”

And then it was time for the moment of truth. I was joined by Thea Toocheck ‘21 for the official taste-testing.

Toocheck said, “I was alarmed when Kelsey first tried it because she looked like she swallowed a lemon.”

However, despite observing my negative reaction, Toocheck endeavored to try the drink herself anyway. Afterwards, she simply stated, “It reminds me of cleaning supplies.”

Despite the drink’s prevalence on campus, I received a lot of negative feedback about the overall taste of the beverage. At the very least, it is a good conversation starter.

Kelsey DiPenta '21 is a staff writer for The Gettysburgian who writes primarily for the features section. She is from Mount Laurel, New Jersey and is majoring in Biology.