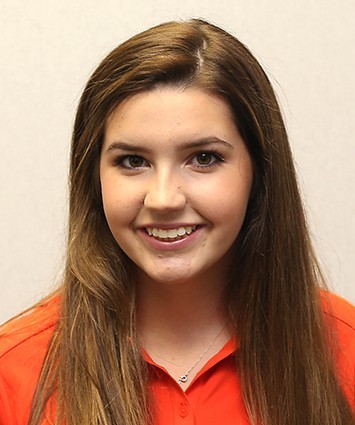 Coming into her final season here at Gettysburg, senior Virginia Martin is looking forward to ending her career on a high note with the Bullets’ Women’s Golf team.  She has had an outstanding career during her time at Gettysburg.

At Dawson High School, Martin was a four-year member of her golf team.  During her time there, she earned all-district honors and was a two-time MVP of her golf team, while also earning the team’s Most Improved award during the 2012-13 season.  She also served as the team captain.

Upon her arrival at Gettysburg, she made an immediate impact on the team during her first year, appearing in two fall events and two spring events.  She finished the season with a scoring average of 99 and shot a career low 96 during the Gettysburg Spring Invitational.  She also scored a 97 at the Ursinus Fall Invitational.

During her last two seasons, she has appeared in two fall events in each season and has an average a score of 101.5 and 100, respectively.

She has started her senior season strong, posting a score of 100 at the McDaniel College Invitational, where the team finished in fifth place.

The Bullets have two tri-matches this weekend, one this Friday at home and then on Sunday at McDaniel College.