Speaking and Singing in Italian 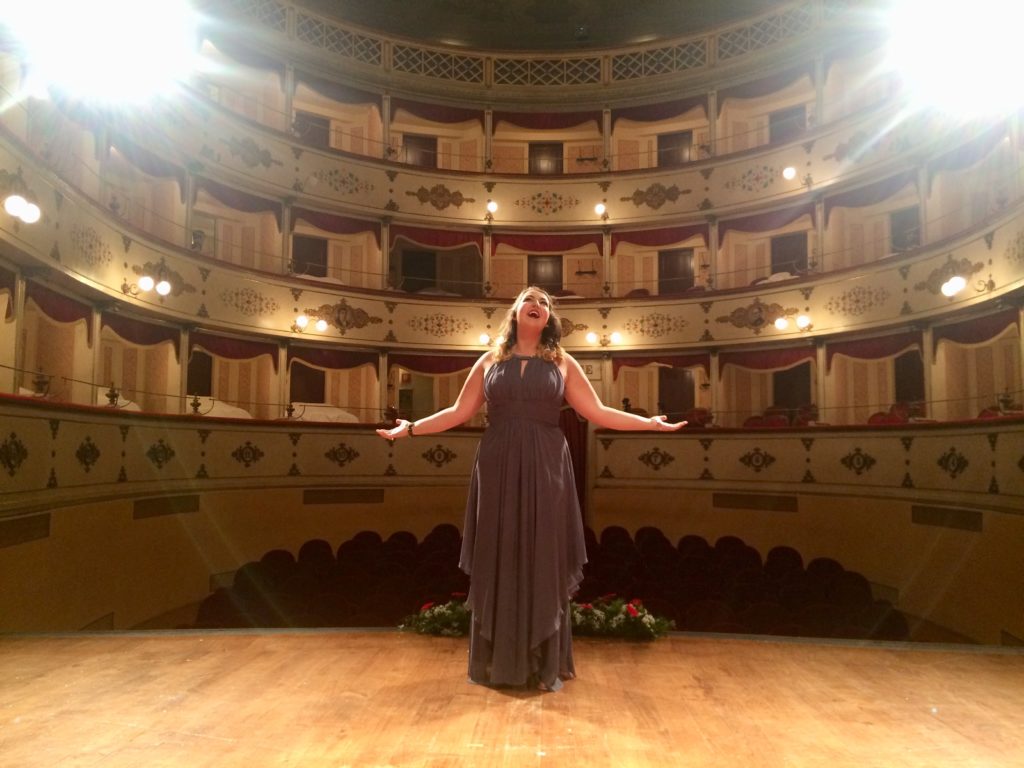 Encouraged by Dr. Susan Hochmiller of the Sunderman Conservatory, Buscher searched for summer programs during which she could further develop her musical ability. Last summer, she attended the three-week Orvieto Musica summer program in Orvieto, Italy. The Orvieto Musica program focused especially on art song performance (classical singing that is not expressly related to an opera).

Interested in returning to Italy and continuing her music education, Buscher submitted an online application, including recordings of herself performing two arias, and was accepted into the “Si Parla, Si Canta” program. Translated roughly, “Si Parla, Si Canta” means “We speak, then we sing,” which was undoubtedly the theme for the program.

A typical day for Buscher began at 9:00 a.m. with approximately three hours of Italian language study, including reading, writing, presenting, and group work.

“Sometimes,” Buscher said, “there would be activities where you’d have to go to the market, and you’d have to order things, which you would have to do anyway during the day.”

Having taken one year of Italian with Dr. Alan Perry on campus, Buscher had some language preparation before the program, but she felt that the daily three or more hours of intensive Italian lessons she took while in Italy helped her develop her skills even further.

“On top of my speaking,” she said, “the pronunciation was extremely enforced.”

After language classes, there was a break for lunch, followed by rehearsals. By the end of the program, the students had performed scenes and a complete opera, Suor Angelica. They held a total of three different performances in three different Italian towns: Urbino, Urbania, and Peglio.

Buscher’s favorite town of the three was Urbania, where the students lived during the four weeks.

“It had the most beautiful theater, very old-fashioned,” she remembered, “but also everyone in the town was so nice.”

On weekends, Buscher and other students took excursions elsewhere in Italy, including to Florence and Pesaro.

Although she appreciated the sights and sounds that she experienced while traveling, Buscher’s favorite memory from the program was a master class that she took with counter-tenor Jeffrey Gall, who has performed at the Metropolitan Opera, and who Buscher said was very encouraging of her interest in early music.

An aspiring opera singer herself, Buscher dreams of performing Handel operas and being on the Kennedy Center’s stage.

She encourages other music students to consider a similar summer program, especially “those who are interested in pursuing the classical voice in some way, and specifically those who have an interest in the Italian language.”

For Buscher, the “Si Parla, Si Canta” program was an “experience of a lifetime.”