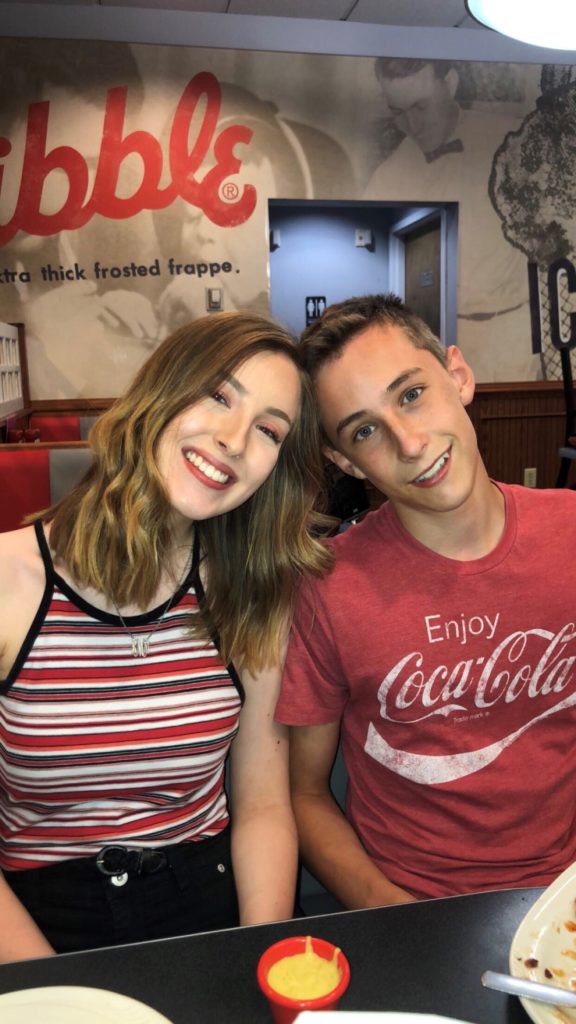 My relationship with drama began at the ripe age of ten when I auditioned for and (surprisingly) made it into the cast of my fifth grade musical The Jungle Book.

Perhaps I should not be so modest, as I had a history of pretending that my siblings were out to get me, which made me a prime candidate for the role of “Vulture #2.” This role required that I squawk and cry for the duration of the performance, and that is essential when trying to get your siblings in trouble.

Regardless of how my infatuation with thespianism began, I can say that it is taking a temporary hiatus from my life as I prepare to leave for college.

What I’m experiencing right now does not require thinking about lost puppies to engender sobs or analyzing characters in my head to embody their idiosyncrasies. No matter how hard I try to pretend that I’m on stage living a different life, I can’t escape the fact that right now, everything feels like goodbye.

My first farewell was to one of my best friends since my first year of high school, a year during which everyone had braces and acne spots that Clearasil couldn’t abolish. It was easy to form a friendship based on the issues of pubescence.

Four years later, she picked me up after a day of lifeguarding at the town pool, and we headed to Ulta to splurge. Our bank accounts didn’t love it, but we did. We took pictures of ourselves clowning around in TJ Maxx — accompanied by odd looks from strangers — and ended the night with a tearful hug that led to us bawling in front of my house.

To my neighbors, it probably looked a tad frightening: me standing on the curb of my yard as my mascara fell down my cheeks and her sitting in the driver’s seat, shoulders shaking.

To us, though, it felt right. It was a nostalgic goodbye, but it said, “Hey, we have more stupid things to do together.” It was enough to make me go inside, wipe the mascara off my cheeks, and fall asleep thinking that things might be okay.

I was wrong. Things were much less than okay when I woke up the next morning. My first thought was that it was the day I would say “see you soon” to someone equally as near to my heart.

Someone is a misnomer when it comes to describing her significance in my life, as she has been my rock since we started Odyssey of the Mind as third-graders. What actors! She doubled as my understudy in our skits, albeit she was much more than another girl mimicking Artful Dodger’s accent.

We grew up relying on each other for help with our math homework, empathizing with each other over our boy issues, sometimes even taking comfort in knowing neither of us had any clue what we were doing. How could I suddenly part ways with her, realizing that most things about our lives would change?

Hangouts with my brother have always been unpredictable. Sometimes he would beg me to go the baseball field so he could hit my skewed balls. Other instances, I would read the news on my phone and listen to him shouting over his PS4 headset. Before my friend arrived, I decided that another hangout with him wouldn’t hurt.

It was peaceful until I heard a car horn outside, signaling that my time with my brother had ended for the morning. Normally, I would leave without interrupting Fortnite, but then again, I’m not normally feeling overwhelmed by the prospect of college. So, I hugged him.

I told myself I was trying to be a good sister, show him some love before leaving him for hours to play tennis. I told myself that I would see him in fewer than 180 minutes.

Maybe I was trying too hard, or maybe I wasn’t at all, considering tears started flowing down my face like a fierce, inevitable stream. It was as if the past, present, and future Godspeed moments culminated into one instance wherein it was my brother, stained cheeks, my best friend waiting in my driveway to destroy me with a racket, and me.

That’s what leaving your friends and family for college is — a racket. A loud noise in your life that isn’t silenced, I guess, until all of the “I’ll miss you”s and “I’ll see you in a little bit”s are finally over.

Until it’s just you, alone in your dorm room, attempting to think of everything besides the miles that separate you from the people you love. That’s not a feeling I look forward to during the next three days, yet it’s a feeling I know is temporary. Just like college goodbyes, thankfully.

So, here’s to the next four years of “Goodbye” hugs, “Hey there” hugs, “I’ve missed you so much” hugs, and “Hurry home” hugs.

Editor’s Note: This article is the second of the 2018 edition of our series “Dodging the Bullet: The First Year Journal,” in which The Gettysburgian‘s staff members from the Class of 2022 share stories, reflections, and perspective on their first year experience. You can read the full series here as well as 2017-18 stories here. (-B. Pontz)