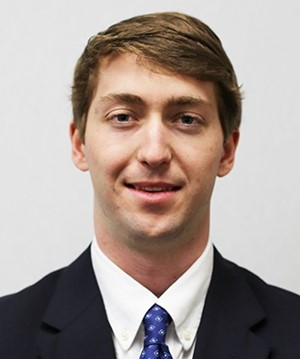 The Gettysburg College Bullets men’s lacrosse team has posted a dominant performance so far this season. The team has a 10-1 record, including being undefeated at home and in Centennial Conference play.

A large factor in the team’s success has been senior goalie and team captain, Tim Brady. Brady, wearing the jersey number 13, has recorded 101 saves so far this season, and sports a .529 saves percentage.

Brady played as the starting goalie during Gettysburg’s 11-10 upset of number-one nationally ranked Salisbury University in double overtime back on February 24. There, Brady recorded 10 saves and a .500 save percentage.

Brady, an economics major from Charlotte, North Carolina, has recorded 542 saves and a .570 win percentage during his time as a Bullet. Of the 60 games Brady has been goalie for, the team holds a 50-10 record.

Brady is someone who takes his role as the senior captain of the team with grace and uses his leadership position to help the team excel. In a post-game interview for Gettysburg College Athletics following the win over Salisbury, Brady was asked what was special about this year’s team.

“A lot!” he said. “We’re here to work better and get better everyday. Our mentality is we work hard at practice and show it on the field.”

Brady will continue as the starting goalie for the Bullets in his final season as they look to continue their reign as top national qualifiers. The United States Intercollegiate Lacrosse Association currently ranks the team number six in Division III.