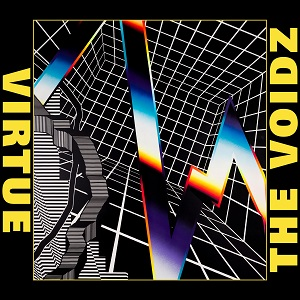 Reviewing “Virtue,” the latest album from the Voidz, is a daunting task. The band, which consists of Julian Casablancas of the Strokes, Jeramy “Beardo” Gritter, Amir Yaghmai, Jacob “Jake” Bercovici, Alex Carapetis, and Jeff Kite, has been on my mind since they released their debut album ‘Tyranny’ in 2014. “Tyranny” was an album that challenged me. At the time, I was exclusively a classic rock listener, then my friend showed me this incredibly abrasive hurricane of an album with sounds that were simultaneously futuristic and ancient. I was as swept away by the grandiose eleven-minute track, “Human Sadness,” as I was enamored by the frenetic “Business Dog.” Of course, I couldn’t wait to hear how the band would follow this up.

Three years passed and my life changed in significant ways: I went off to college, people came and went in my life, new friendships were made, and a new president was even elected. Finally, in October of 2017, the Voidz resurfaced on a Brazilian television program of all places with a new song, “Wink.” Several singles and five months later, ‘Virtue’ was finally released. After months of salivating over the thought of diving into this album, it was finally there for me to bite into. But was it worth the wait?

‘Virtue’ is what I call a “gateway album,” a habit-forming album that may lead one down the path to “wilder” music. I characterize a gateway album as having an eclectic tracklist consisting of a wide range of genres and influences. The textbook definition of a gateway album is ‘Demon Days’ by the Gorillaz; countless teens who innocently listened into this album came out of the ordeal with cravings for rap, hip hop, and dancehall that they never had before. Like ‘Demon Days,’ ‘Virtue’ is a sample platter of musical flavors, complete with various bite-size tastes of different genres. From the middle-eastern influences in “Qyurryus,” to the metal guitar riffs of “Pyramid of Bones,” to the underground punk aesthetic of “We’re Where We Were,” to the proggy organ on “Pointlessness,” people who aren’t scared away by the noisiness will find a lot to love and explore.

For me, the ultimate accomplishment of ‘Virtue’ is how the band manages to channel so many genres and sounds, each new sound building on to their own unique identity, rather than detracting from it. The sophomore album is often the point where bands struggle. Do you deliver more of the same or do you try something totally new? ‘Virtue’ straddles this line. Certain songs like “One of the Ones” would feel at home on ‘Tyranny’ with its out-of-left-field chorus and layers of distortion. “Wink” on the other hand, sees the band trying a jangly pop sound with upbeat guitar strumming and straightforward harmonies. Sonically, it feels like a breath of fresh air compared to the dense jungle of heavier songs that precede it.

One of my favorite tracks is “Pink Ocean,” which starts out simple, but builds up into a swirling sea of synthesizer, bass, and percussion. Every little nook and cranny of the song is filled with interesting sounds and embellishments, with Casablanca’s vocals effortlessly floating over it all.

By the time “Pointlessness” rolls around and ends the album on a downcast heartbreaking note, one might need to take a breather. Between the overt political messages and the long run-time, ‘Virtue’ can feel a little bloated at points, but overall there are many incentives that reward multiple listens. For example, listen closely for lyrical references to ‘Tyranny’ and little production tricks like doubled vocals singing different words at the same time. ‘Virtue’ is not made for everyone, but if you can give it a good chance, there is a lot of love and craft to be found in it.