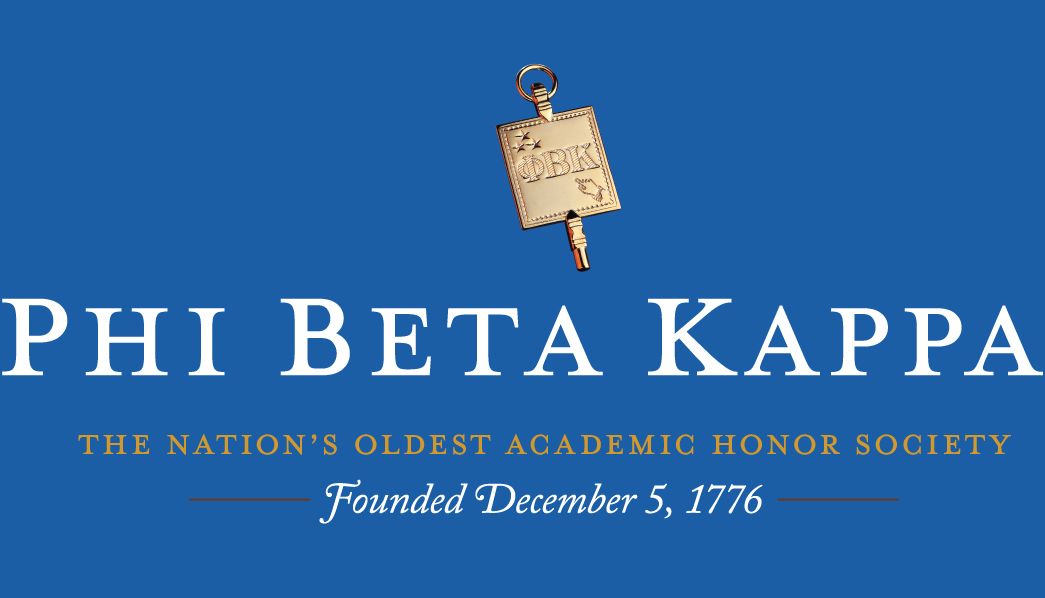 Students are elected to Phi Beta Kappa by the resident PBK members on campus. In addition to high academic achievement, members consider evidence of intellectual curiosity and academic integrity.

Induction ceremonies are held in October, April, and before graduation in May. The Iota of PA chapter typically elects around 60 students per year, selecting from the top 10 percent of the class.

In May, Douglas Kowalewski, Zhen Liu, and Bridget McCallum will be inducted, as well as a small number of additional students.

The April 13th induction ceremony will be followed by the Iota of Pennsylvania chapter’s annual banquet. The program will include a talk by Dr. Frederick Lawrence, CEO and Secretary of the Phi Beta Kappa Society and former president of Brandeis University. His talk is titled, “Speaking about Free Speech: It’s Complicated.” Students will also receive a charge from President Janet Morgan Riggs, a member of the Iota of PA chapter.

The winner of the Charles H. Glatfelter Phi Beta Kappa Leadership Prize will also be announced. The prize was established in 1992 to honor the late Charles H. Glatfelter, Professor Emeritus of History at Gettysburg and former President of the Iota chapter. It is awarded to a member of the graduating class for their intellectual leadership during their undergraduate career.

Phi Beta Kappa is the oldest and most prestigious academic honor society in the United States. Gettysburg College has sheltered a chapter of Phi Beta Kappa since 1923. At that time, it was the ninth chapter in Pennsylvania. Phi Beta Kappa currently includes 286 chapters at American colleges and universities. The Iota of Pennsylvania chapter has inducted over 3,000 members since 1923.