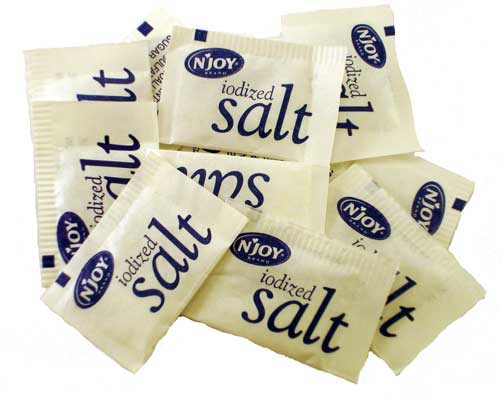 The Gettysburg College Health Center has run out of salt packets and consequently is closing its doors until their stock is replenished, according to a statement released by Urman Competent, Director of Health Services.

“We apologize for any inconvenience that this closure may cause our students,” the statement reads in part. “We are working expeditiously to secure the medicinal salt packets required to reopen and again provide world-class service to the campus community.”

The Health Center provides a range of services, from table salt for the common cold to himalayan salt packets, which are reserved for those with more serious illnesses like tuberculosis or meningococcal meningitis.

Competent said that the health center’s entire stock of table salt packets was exhausted late last week, but due to a national salt shortage, they have been unable to acquire more in a timely fashion.

“For most of this week we were able to work with our friends next door at Dining Services to provide us with the salt packets our patients so desperately need since they don’t use it in their cooking anyway, but now they too have run out of salt,” Competent said. “We’ve even run through of our emergency rock salt backup stores, provided courtesy of Facilities Services.”

According to Competent, Facilities Services volunteered their vast salt stores last week in the middle of a snow storm, stating that they “won’t be putting it on the sidewalks anyway.”

“It was so heartwarming to see campus partners working together to ensure student health is maintained,” Competent said. “My faith in humanity was restored.”

Despite everyone’s best efforts, the salt supply dried up this morning, forcing the Health Center into immediate closure.

Competent said in an interview with GettyLeeks that Health Services does have a small supply of salt available at DPS for dire emergencies, such as someone with smallpox or the black plague.

“Don’t show up with West Nile and expect to get one of these salt packets; it ain’t gonna happen,” Competent said.

According to a sample of student responses gathered by GettyLeeks, students are fairly salty about their experiences at the Health Center in recent years.

“I had the swine flu, and all they did was shove a Burger King salt packet in my face and sent me on my way,” bemoaned Murgatroyd Jones ‘18. “I expected at least coarse sea salt for an ailment that serious.”

“It’s really like salting the wounds not to have salt available to rectify my broken leg,” said an athlete who requested anonymity in hopes of securing an emergency ration.

Students expressed frustration about the lack of pinpoint diagnostic expertise now that the Health Center has shut its doors.

“Now instead of going in with symptoms of dengue fever and being diagnosed with seasonal allergies, I’m searching for symptoms of heat rash on WebMD and getting a skin cancer diagnosis in return,” Frieda Katz ‘21 said. “And the Health Center doesn’t even have any salt to treat it!”

Competent assured GettyLeeks that salt was on its way and the closure of the Health Center will be over soon.

“Don’t worry— before you know it we’ll be back to not accepting your insurance and billing our exorbitant fees to your student account!” Competent said.