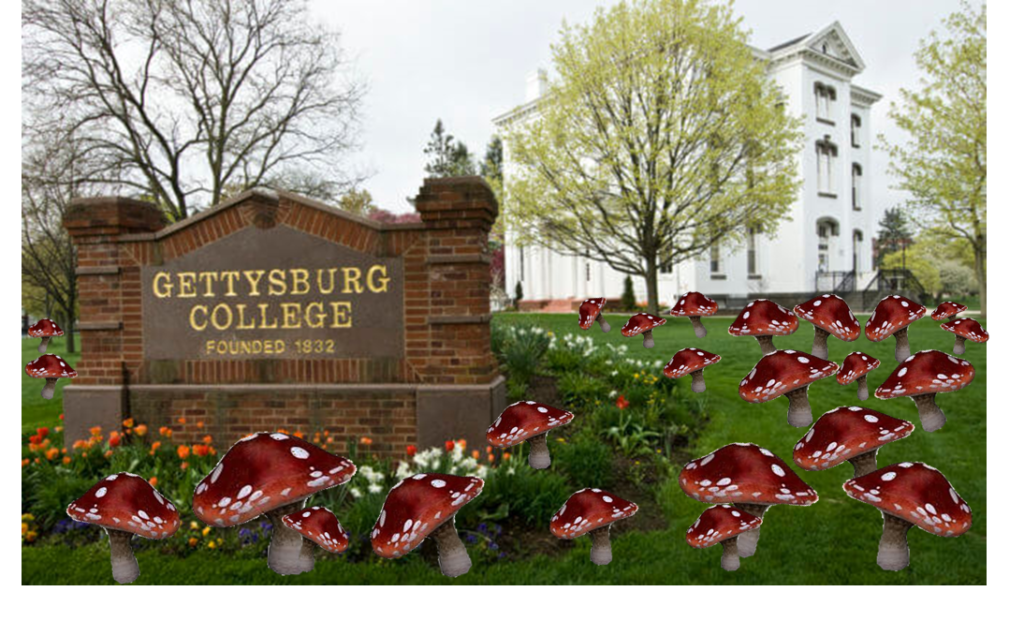 THE ISSUE: While college administrators initially reassured students that the Hanson mold had been contained and remediated by trained professionals shortly after discovery, GettysLeeks has obtained classified information that indicate that the mold situation was much more dire than previously thought.

Since receiving intel on March 15th, GettyLeeks muckraking squad has deployed all of its agents and devoted its full resources to confirming these reports. Our team of highly trained professionals, who are currently working towards their bachelors’ degrees, have uncovered the largest scandal and attempted cover up in campus history.

As shown through these documents, the Hanson mold has actually spread throughout the entire campus. While it will only take several weeks to remediate the academic buildings and residence halls, it is expected to take much longer to treat the administrators themselves. Yes, the pernicious Hanson fungus has infected the better part of the workers within Pennsylvania Hall and the College Union Building.

After infecting its host, the mold infiltrates the the host’s hypothalamus, occipital lobe, and parietal lobe. With power over these parts of the brain, the mold causes hypersensitivity to bright lights, cold conditions, and dry skin. These stimuli cause the host to create a dark, warm, and moist environment in which the mold thrives. Consequentially, the college has issued warnings that “if the air feels hot and heavy,” students should search for the quickest route of egress to avoid infection. Incidentally, this advice has caused a tremendous drop in the hookup culture on campus.

Any and all people infected are currently being quarantined in the Field House where they are being treated liberally with salt packets and Tylenol by the Health Center staff. Additionally, facilities staff have been deployed across campus to collect and destroy all articles that could possibly be infected. However, YAF and YAL members argue that this intrusive searching and seizing of belongings infringes on students’ Fourth Amendment Rights.

Signs of infection were reported to the college months in advance, but the reports were summarily shrink wrapped, buried on Musselman Beach, dug up, flown to Nicaragua, tossed into an inactive volcano, retrieved, and eventually lost somewhere off the coast of Mali. Meanwhile, electronic copies were secured by the infamous whistleblowers at GettyLeeks.

The Opinions Staff of GettyLeeks condemn the inexcusable institutional failings that have been exposed by this catastrophe. Gettysburg College has proved its ineptitude in one of the most basic functions of a college.

Any institution worth its tuition should be able to hide a scandal. Why does Gettysburg continually fail us in this respect? If the college continues to expose its faults, then we have no other option but to pay to fix them.

There is a simple solution: stop looking for problems! Why do we test for air quality? Stop that! It only causes expense and headaches. Mass notifications about health concerns? Quit telling us these things. A tree’s about to fall onto Glatfelter Hall? Don’t email us about it – let it fall! If it demolishes the building, then we have one less building to maintain, plus, we didn’t have to hire someone to cut it down.

We have established that problems are better ignored, forgotten, or unfound. But what about the issues that are thrust upon the college by students and staff?

In my personal life, I find that most problems summarily go away if they are placed into a special file, which is weekly emptied into a much larger file holder, which in turn is emptied by a garbologist and then sent dump-ward bound. Composting memos and complaints works well too for those environmentally minded among us.

This is where the college went wrong. As Abraham Lincoln once said: “If you can’t shred it, it’s not safe from hackers.” Too much is done online nowadays. If we want to stay secured, then any and all complaints should be handled through the previously mentioned three step filing method with honest to goodness paper. Leaving documents on the inter-cloud-web-net is bad business. Administrators practically handed the reports to GettyLeeks by having online forms for fast and immediate response.

What about our reputation? Do you want Gettysburg to be known as the place with moldy residence halls or the college with a quarantined gym?

The college has shown great strength in the past in this arena. Just consider all of the systemic problems that occur on campus that no one mentions. Consider that some students’ annual disposable income is the same value as the average fraternity brother’s Vineyard Vines t-shirt collection. No one publizes that, or the fact that Gettysburg College is whiter and richer than a vanilla milkshake with extra cream.

Perhaps, the golden days of clandestine administration are behind us, but in the meantime we can all relax while simultaneously complaining about tuition and what more we want from the college.