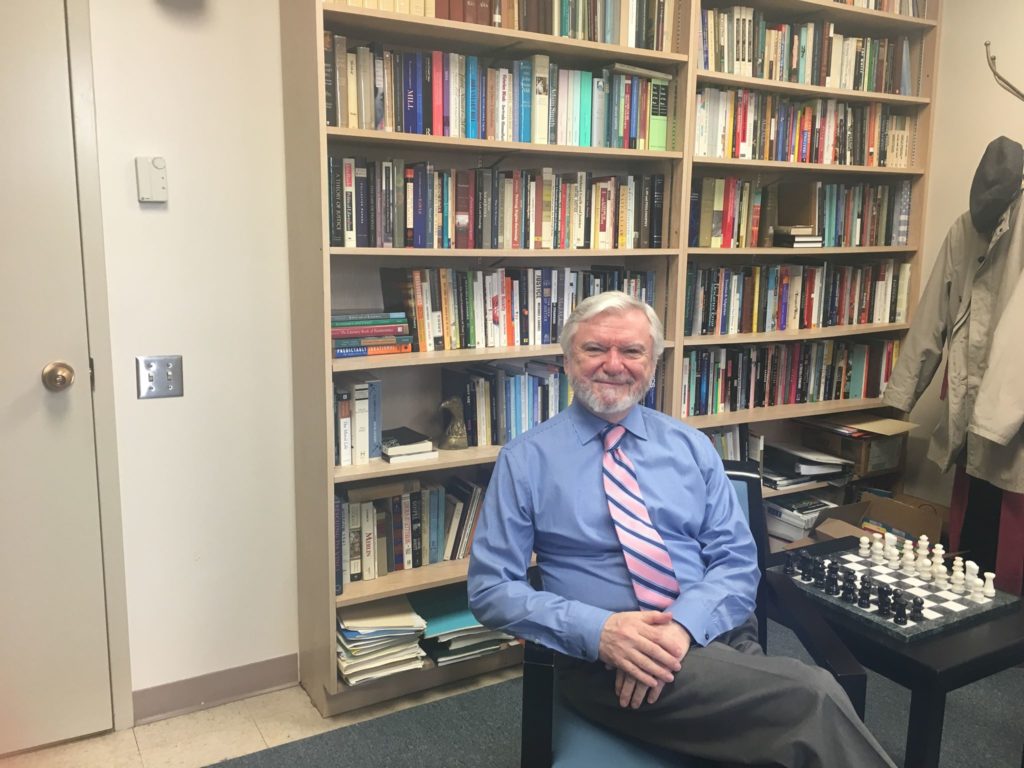 DeNicola, an advocate for lifelong scholarship, found philosophy “because I had many, many academic interests when I got to college I realized I could not pursue them all.” DeNicola realized that what he really enjoyed about these different subjects were the “philosophical dimensions” surrounding them. DeNicola has never regretted his decision to study philosophy, “It’s an amazing field, it’s a good field to take you into many different things.”

As Provost of Gettysburg College, DeNicola worked with the administration to carry through many changes to the college.

“I was very fortunate in being Provost when I was because we had a president who was oriented towards growth and development,” DeNicola said.

“I think couldn’t have found a better situation to work as a Provost,” DeNicola posited. However, “I always imagined I would end my career teaching.” DeNicola felt as though his scholarship had lessened during his time in the administration, and knew that, as a fulltime faculty member, that that would be something he could pursue again wholeheartedly.

DeNicola has since become the Chairperson of the Philosophy Department and has taught higher-level philosophy courses including ‘The Philosophy of Color’ and ‘Philosophy of Place.’ He has gone on to publish two books: “Learning to Flourish: A Philosophical Exploration of Liberal Education” and “Understanding Ignorance: The Surprising Impact of What We Don’t Know,” which won an 2018 Association of American Publisher’s PROSE Award in the Philosophy category.

As DeNicola ends his time at Gettysburg College, he wishes to continue his scholarship and his traveling. He currently is working on a book of ethics that is set to come out in 2019. In terms of the college, DeNicola plans to maintain Gettysburg as a base for a while. “I don’t want to lose contact with the college community.”

DeNicola remains thankful for the time he has had here, noting that “being paid to teach philosophy is a privilege.” While his time at Gettysburg College may end, the journey shall continue. He maintained, “There’s never been a better time in the history of the world to be a scholar.”