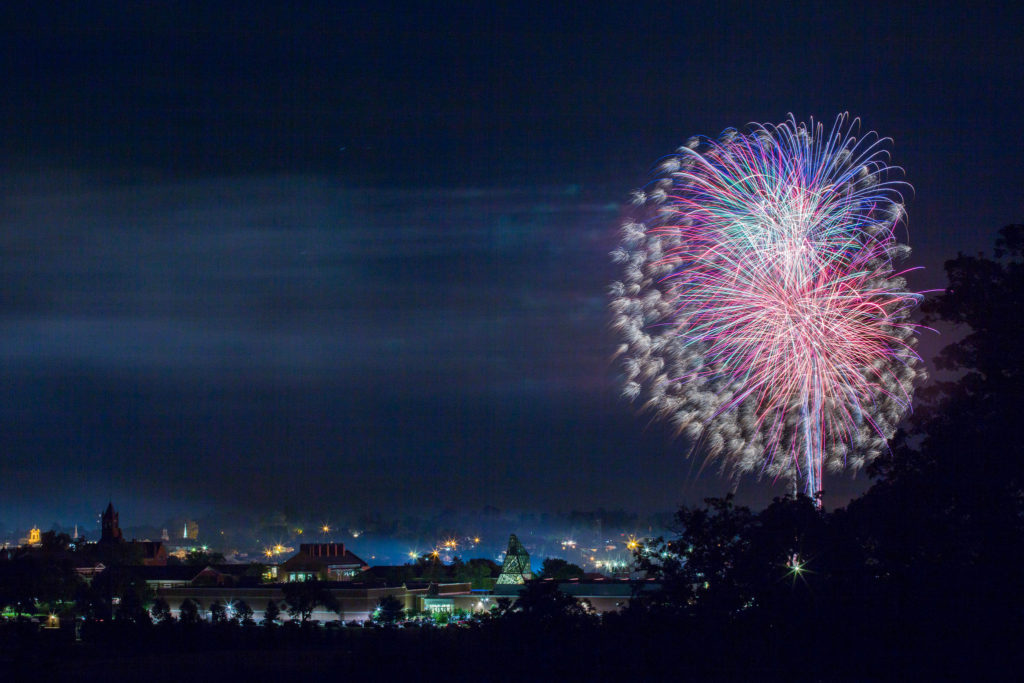 As the Gettysburg Great campaign draws to a close after eight years, President Janet Morgan Riggs announced that tuition would be cut in half from $67,000 to $33,500 for the 2018-19 academic year.

“As we learned from the cinematic masterpiece that was the campaign kickoff video, greatness takes action. We set a goal to raise $150 billion, and, after sitting in our offices sending out harassing messages to students, parents, faculty, and alumni, we exceeded it,” a press release from the college, featuring the standard fireworks photo used in all celebratory messaging, said. “Thanks to the efforts of our current students, each of whom donated more than $75,000 to the campaign, we are able to reduce tuition commensurately by $33,500 for one year.”

The report also cited success from last year’s organ sales drive, which allowed parents as well as current students to donate an arm and a leg toward their education.

“Our parent relations staff was able to make the case to parents that if they simply donated a gallbladder, tuition payments would be less galling,” the release said. “For current students who were not equipped to donate at the $75,000 level, we were able to create individualized organ packages and even allow students to sell their soul in order to participate in the campaign.”

The release cautioned that, despite raising $183.2 billion, the college would only be able to afford the tuition decrease for one year.

“We have to pay top-dollar for the actors who appear in our admissions brochures,” one source in the admissions office said while munching on surf-and-turf and escargot. “Some of our current students are just too bitter about the high cost of tuition to portray the type of aesthetic our marketing campaign requires.”

In future years, the college’s development team suggested that if each student increased his or her annual giving $125,000, the college could provide free tuition for all students.

“In this time of increasingly unaffordable education, we want to be able to provide free college to our students,” the release said. “It’s important for us to take this step in making college affordable for all.”

“They’re going to be giving college to everyone—not just the top one-hundredth of one-tenth of one percent! Everyone!” Sanders said. “This is a revolution.”

As of press time, rumors were swirling about the potential launch of the Gettysburg Greater campaign, which will aim to provide safe living conditions — free of mold — to incoming students. The college does not plan to prioritize the campaign, noting that mold endurance is a character-building exercise.

“We don’t want our students to get too soft,” one source said.