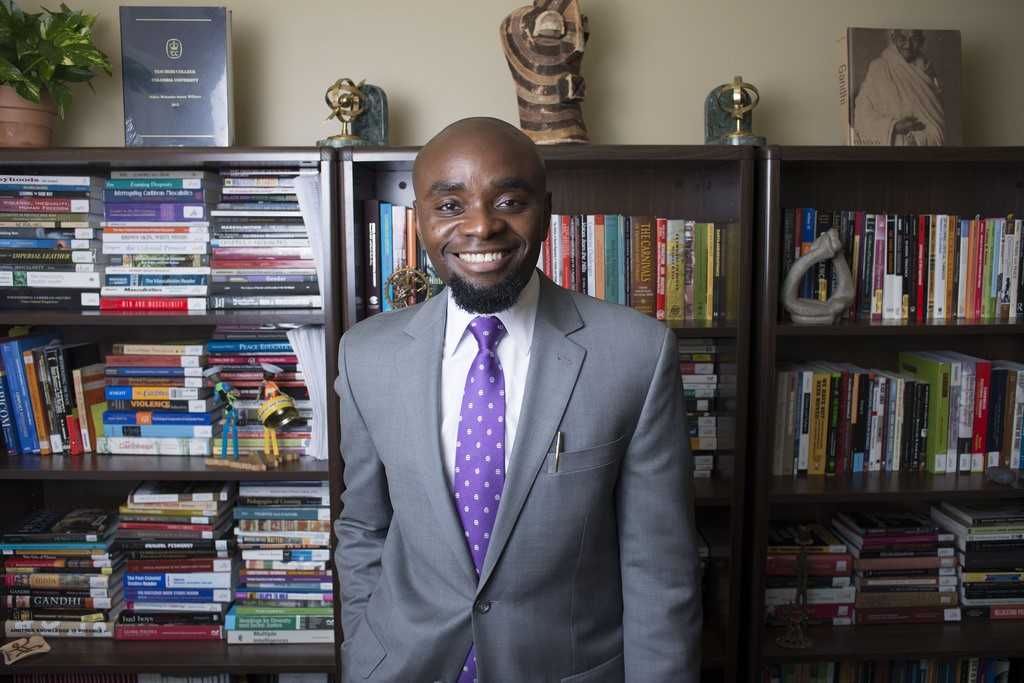 A multidisciplinary minor within the Interdisciplinary Studies program, the Peace and Justice Studies minor teaches students about the “causes and nature of conflict and war, connections between violence, terrorism, war and social life, models of peacebuilding, healing, and reconciliation in the resolution and transformation of conflict,” the college’s webpage for the minor said. While the minor only requires six classes, with options available in a multitude of disciplines, the program encourages students to look further into how they consider peace and justice through fieldwork, service learning, internships, and study abroad programs.

Originally from Laventille, Trinidad & Tobago, Williams received his B.A. from St. Francis College (Brooklyn), then his Master of Arts, Master of Education, and Doctorate of Education in International Educational Development with focuses in philosophy of education and peace education from Teachers College, Columbia University. His research focuses on Caribbean Studies, school and structural violence, educational inequity and peace education.

The program at the college is centered around the study of both peace and justice.

“To me, you cannot have peace without justice and you cannot talk about peace if people do not get justice,” Williams remarked.

Over this past academic year, Williams has strongly advertised the minor to encourage more students to declare. The minor is relatively easy to complete, as it is only six classes which can be taken from almost 20 different disciplines.

“It is not narrow in the way we conceptualize peace and justice because to understand peace, justice and conflict you have to have a broad education,” explained Williams.

He went on to note that the “minor is interested in skills-building and activism,” which he believes makes the program “distinctive in that respect.”

The program has a built-in project requirement before minors graduate: they create and implement a peace and justice related project and to submit a write up of the project, its impact and its sustainability.

This idea, implemented by Williams this academic year, is premised on Paulo Freire’s work as sketched in the seminal text “The Pedagogy of the Oppressed.” In it, Freire emphasizes the importance of praxis, which is a synergy between critical reflection and critical application to guide social change.

Some senior projects this year include a non-violent training, a film screening followed by a panel discussion and student-led efforts to create an office of disability services.

“I’m creating a framework so that students can run wild in it with their ideas,” Williams commented.
Additionally, Williams has created a council of faculty, staff and students to advise the program, and a student council of interested minors who are responsible for generating ideas about programming and marketing the minor. Eventually, Williams is interested in hosting a student-directed peace and justice conference at Gettysburg College. Additionally, Williams wants to increase fundraising efforts, host skills-building workshops and alumni panels, host an Institute for Peace and Justice.

It will commence with a social action in education panel on April 16, and, for the rest of the week, will feature a workshop, film screening, fundraiser for a peacebuilding NGO (Bridge of Hope) in Rwanda and end with some activism around gun violence.

“With the way in which the world is going, we surely need more people focused on peace and justice,” Williams said.