His Royal Highness Prince Edward, Duke of Kent: Highlighting the Importance of the Extended Royal Family 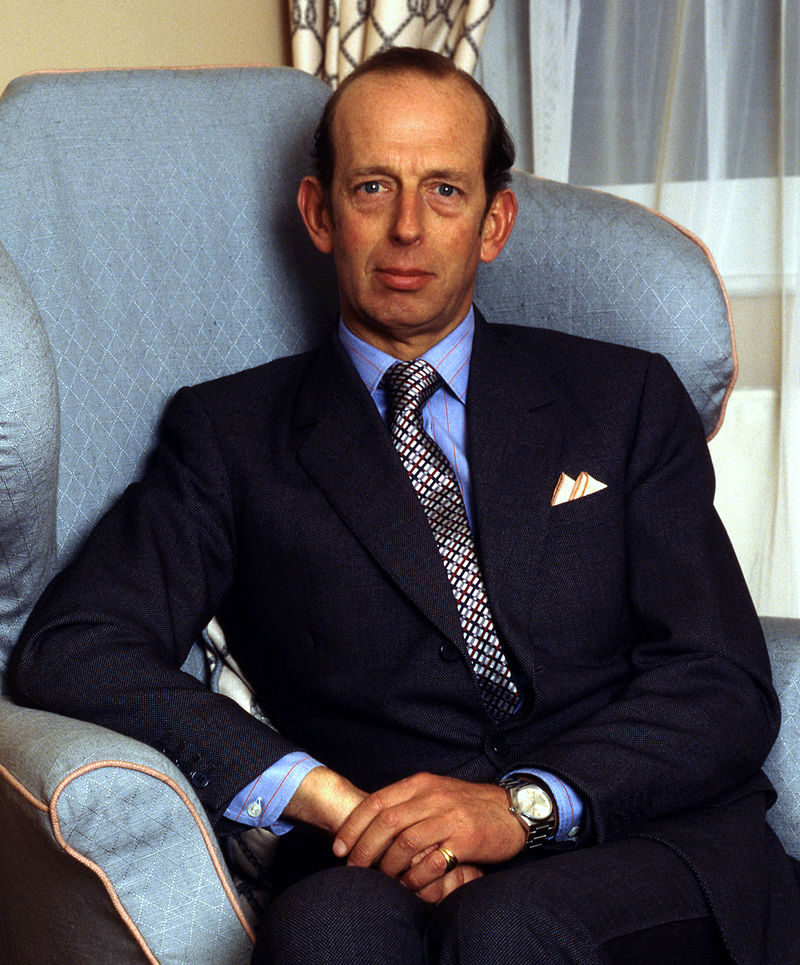 It is regrettable that the many contributions of the less senior members of the British Royal Family are often overlooked, so it is the objective of this piece to tell the story and enumerate some of the more profound accomplishments of one such member of the British Royal Family: His Royal Highness Prince Edward, Duke of Kent, Earl of St. Andrews, and Baron Downpatrick.  The Duke of Kent was born in October of 1935 to His Royal Highness Prince George, Duke of Kent who was the fourth son of His Majesty King George V and Her Majesty Queen Mary of Teck.  This makes the Duke of Kent a first cousin to the reigning Monarch, Her Majesty Queen Elizabeth II.  The Duke of Kent is also the second oldest surviving grandchild of King George V following only the Queen herself.  At the time of his birth, the Duke of Kent was seventh in the line of succession and is presently thirty-fourth in the line of succession.

Prince Edward became the Duke of Kent just before the age of seven when his father, Prince George, died in a plane crash in 1942.  This means that the Duke of Kent has held the title for over 75 years which is even longer than the record-breaking reign of his cousin, the Queen.

Like many Royals, the Duke of Kent has a rather extensive military career, but his exceeds most and lasted over 20 years.  He graduated from the Royal Military Academy Sandhurst as a Second Lieutenant in 1955 and eventually rose to the rank of Lieutenant-Colonel by his retirement from the military in 1974.  He was eventually promoted to the rank of Field-Marshall in 1993.

It is evident that His Royal Highness Prince Edward, Duke of Kent, Earl of St. Andrews, and Baron Downpatrick has made great and noble contributions to the United Kingdom and the Commonwealth while being one of the lesser known members of the Royal Family.  This further reinforces the virtue of the Monarchy in the United Kingdom.  All members of the Royal Family, both great and small, from Her Majesty the Queen on through the Duke of Kent, have a vital role to play in the facilitation of the United Kingdom’s interests in order to promote the wellbeing of their British subjects.