Response to Freedom of Expression Philosophy 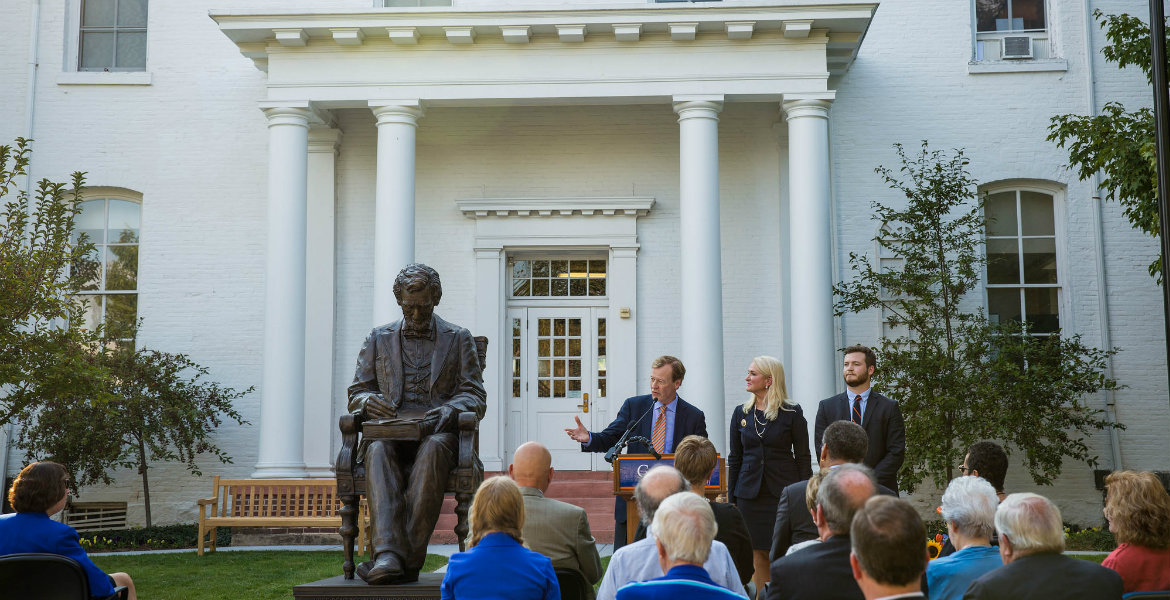 It is abundantly clear to me that our nation stands at a crossroads.  We must decide if we will stay the course, or shift our bearing entirely.  The issue at hand is the significance of our freedom of speech.

A chilling 2015 Pew Research study found that 40% of millennials are supportive of limiting speech that is offensive to minorities.  Meanwhile, only about a quarter of Gen Xers and Baby Boomers supported such a notion.  This feeling is reflected in our current political climate, especially on college campuses.  Speech codes and riots in response to “offensive” speakers are the new norm.  This is simple proof that our freedom is never more than one generation away from extinction.  The dangerous attitude that has perverted our generation threatens the core of our free society, and it has not spared Gettysburg College.

In the beginning of this academic year, President Janet Morgan Riggs organized a freedom of expression workgroup to create an institutional philosophy about the freedom of speech.  On January 18, that workgroup released its first draft.  At first glance, the philosophy appears to be a resounding defense of free speech, but upon further inspection, there is an inherent contradiction.

The second to last paragraph lists reasons when the college should limit free expression.  Scenarios such as when speech violates federal and state law, or to protect the privacy of individuals.  However, the list also includes speech that violates, “college polices on nondiscrimination.”  In doing so, the philosophy statement attempts to serve a compromise.  The writers hoped that free speech supporters would become lost in the poetic language of the statement and glance over the affirmation of polices that appease our dear professional victims.  You may be thinking that I am unreasonably scrutinizing a few words, but the possibilities that these four words open are powerful.

I fear that certain people will use the of guise of adhering to vague nondiscrimination policies to root out dissent.  This is not an unreasonable assertion to make.  Other institutions of higher learning have used the pretext of nondiscrimination to silence minority opinions.  It is because of such actions that we are having this dialogue today.  I submit to you that the power to silence is the power to destroy, and I do not have the confidence in anyone to wield such power responsibly.  Rather than to entrust ourselves and our posterity with the means to censor, why not remove the temptation entirely?  Furthermore, we should not allow current school policy to mold the philosophy statement.  The philosophy needs to create a standard for school policy to meet.  If we ignore this crucial step, then what is the point of making a philosophy?  By exempting certain school policy, the philosophy statement is reduced to meaningless rhetoric.

Rather than a compromise, the school needs to pick a side.  Other people may say differently, but allow me to reveal the cold hard truth.  Free speech and our fragile insecurities cannot coexist.  There will always be someone who is offended, someone who wants to be the center of attention and ruin the party for the rest of us.  We cannot cave in every time someone’s subjective sense of security is threatened.  If we do so, then our education at Gettysburg will be squandered.  When we walk off our secluded campus and find our preconceived beliefs vulnerable, there will be no administrator to rush to our aid.  There will be no bias conduct form to fill out.  No policy to hide behind.  We will be left to defend ourselves, and perhaps for the first time, grapple with reality.  If Gettysburg College is truly dedicated to preparing us for the outside world, then it would be a folly to coddle the student body.  Our freedom of expression must be supported unequivocally, no exceptions.  If this is not the opinion of the college, then they should come outright and admit it.  Please do not patronize us with false support for free expression.

The current philosophy statement has excellent parts, but it can be better.  If you support the right to free speech, then I encourage you to make your voice known.  Make it clear that you do not want Gettysburg to follow in the footsteps of American academia.  Let us challenge our core beliefs and subject ourselves to danger.  Only then will we know how to battle it.  We can become the model institution.  We can become that shining city on the hill.  None of this will happen if we become content with meaningless rhetoric and ignore the reality of our situation.