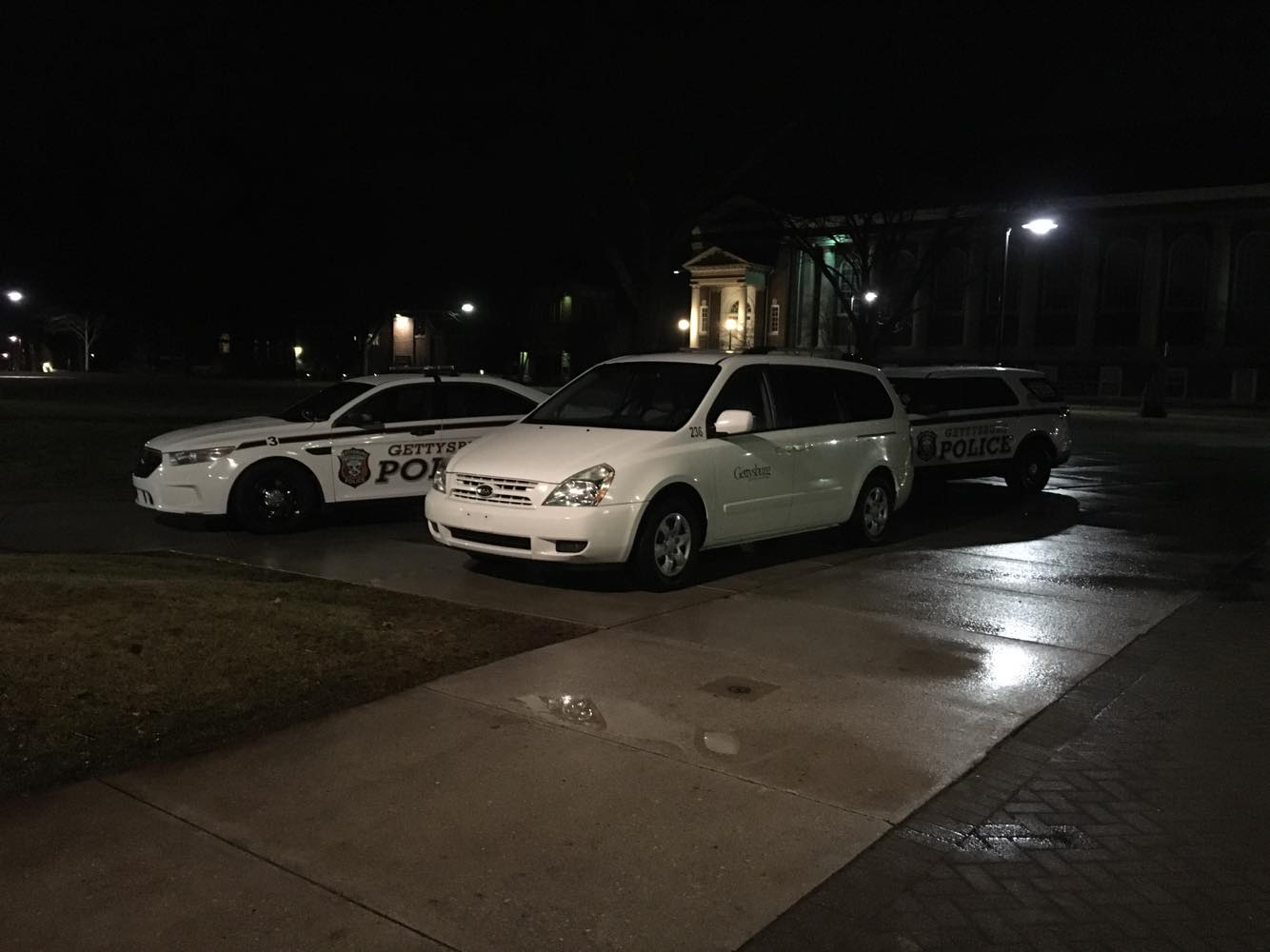 Gettysburg Borough Police was on the scene between approximately 11:30 p.m. and 12:15 a.m. (Photo Gauri Mangala / The Gettysburgian)

Police officers were observed removing three large brown bags from a first-floor room in the residence hall that smelled like marijuana according to multiple sources familiar with the situation.

The police units left the scene around 12:15 a.m. Friday morning, and no arrests were made.

Jamie Yates, Director of Media Relations at Gettysburg College, confirmed Friday morning that, after “a report of marijuana odor in the hallway” reported Thursday night, DPS responded and began to investigate the source of the odor. Subsequently, Gettysburg Borough Police were notified and arrived at the scene. Their investigation is ongoing at this time. Yates confirmed that this was an “isolated incident and there are no safety concerns” for Paul Hall residents or members of the campus community.

Editor’s Note: This article was updated at 1:50 p.m. Friday with a comment from Jamie Yates. (-B. Pontz)