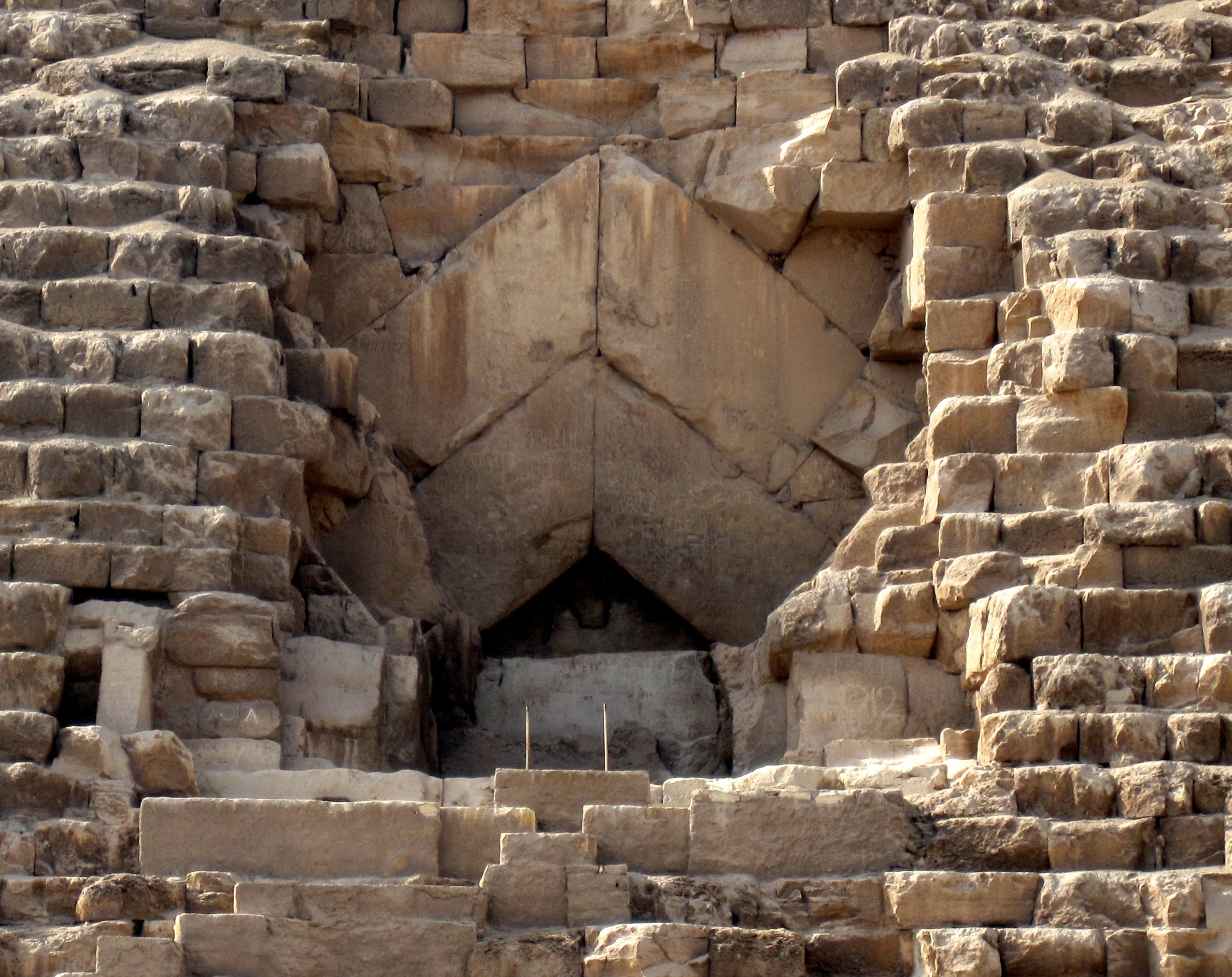 Physics and archaeology are not two fields that one would expect to have much in common. One deals with the cold, unyielding laws of the universe, and the other deals with the mystery and intrigue of the ancient past. Yet once in a blue moon, these two distinct worlds will collide to the benefit of both. Such was the case earlier this month, when cosmic ray byproducts were used to detect a previously unknown chamber in Giza’s 4,500-year-old Great Pyramid. This finding, which was reported in Nature on November 2, took both physicists and archeologists by storm, as it marks the first major discovery within the Great Pyramid in 200 years.

The Great Pyramid of Giza is the oldest and largest of the Egyptian pyramids, constructed of limestone and granite and standing at 139 meters tall. It was built by the pharaoh Khufu (or Cheops), who reigned from 2509 to 2483 B.C. The pyramid was already known to contain several large rooms, including the King’s Chamber, the Queen’s chamber, and the Grand Gallery. These spaces were first discovered in the ninth century and explored extensively in the nineteenth, but many had wondered whether they were truly all the great structure had to offer.

Enter muons. These high-energy particles are produced when cosmic rays strike atoms in the upper atmosphere, and proceed to rain down on Earth at a rate of 10,000 muons per square meter per minute. Muons do get absorbed by certain materials, though, and can thus be used to study the presence and locations of empty spaces in large structures. In the past, muon detectors have been used in particle accelerators, and to study the interior of volcanoes and damaged nuclear reactors.

In December 2015, a team of physicists from Japan’s Nagoya University turned their technology to the Great Pyramid. This team, led by Kunihiro Morishima, set up muon detectors in the Queen’s chamber, pointed towards the pyramid above. Since muons are partially absorbed by stone, a large number of muons hitting the detectors would indicate the presence of an empty space. Sure enough, Morishima’s team – as well as two other groups of researchers – all detected a large void in the same location above the Grand Gallery. The researchers cannot discern the space’s exact orientation – it could even be two smaller spaces – but it is still a remarkable and unexpected find.

There are currently multiple theories being explored by prominent Egyptologists as to the nature of the newly discovered chamber. Unfortunately, most do not believe the chamber contains any hidden artifacts or treasures – since there is already a burial chamber, complete with a sarcophagus. Instead, the chamber is thought to serve a more practical purpose. Adrian Dodson, of the University of Bristol, believes the space to be a “relieving chamber,” designed to lessen the weight of stone on the Grand Gallery. This theory is given credibility by the presence of similar spaces above the King’s chamber and in other pyramids, although Colin Reader, a geologist from Liverpool, believes that the chamber is too far away from the Grand Gallery to serve this purpose. On the other hand, Bob Brier of Long Island University thinks the chamber could be part of a counterweight system used in the pyramid’s construction. Many experts are already looking into this matter.

Yet the physicists’ job might not yet be over. Seeing how useful the muon detectors proved to be, Mehidi Tayoubi, president of the Heritage Innovation Preservation Institute, intends to use them at least once more to study Khafre’s pyramid. This pyramid is the second-largest of the Egyptian structures, and has already been the subject of one muon imaging study from the 1960s. This study, conducted by Luis Alvarez, did not reveal any hidden chambers, but there have been vast improvements in technology since that time, and Tayoubi is cautiously optimistic. He says, “I think Alvarez was a real visionary guy. He had the right idea, maybe too early. Our dream would be to give a tribute to Alvarez and redo the Khafre experiment, to see if he was right.”

In any case, this muon study has launched a series of rejuvenated investigations into these 4,500 year-old wonders, merging state-of-art technology with the ancient past. Today’s science has revealed yesterday’s secrets, and will likely continue to do so for ages to come.

Aphra Murray '18 is an international student and a Chemistry major here at Gettysburg. For the past year and a half, she has been consistently writing for the Gettysburgian and this year will be taking over as editor of the MS&T section. While not writing, Aphra can be found working on her research in the Science Centre.