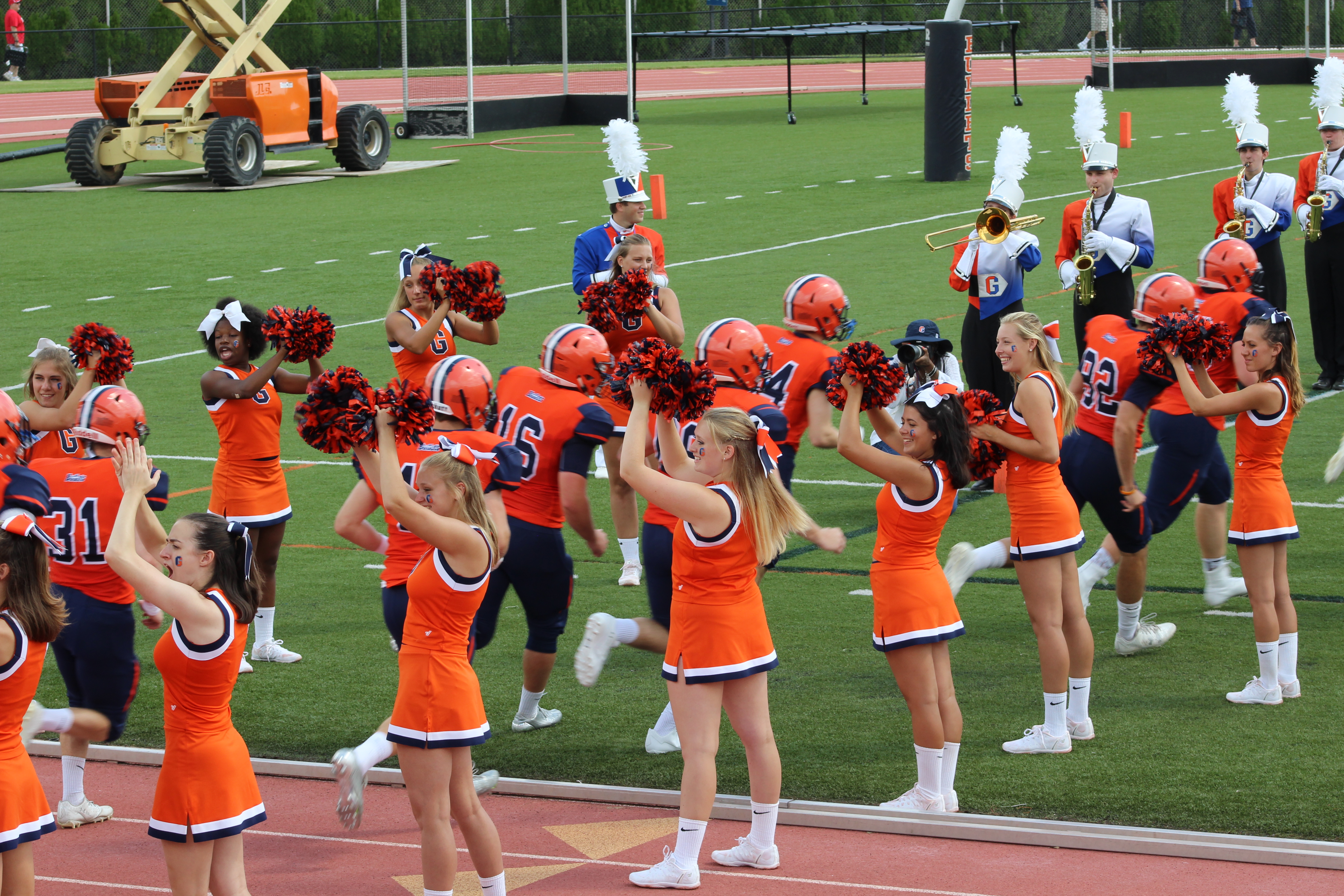 While movies like Bring It On often trivialize cheerleading, the Gettysburg College Cheerleaders work hard every week to bring spirit and fun to all of the school’s home football games. Coached by Karyn Baust, this year’s team consists of twenty members, who can be found stunting, dancing, and chanting at a wide range of school events throughout the year. The friendly and lively group is well-known at the college for their stunts and for doing push-ups after every touchdown.

The touchdown push-ups are a tradition that have gained popularity over the past ten or twelve years. In this tradition, the cheerleaders do a push-up for every point the team scores up to twenty-one; after that, half of the team does even numbers while the other half does the odds. They laughingly admitted that sometimes it comes to a point when they wish the football team would stop scoring and then added wryly that this issue hasn’t been much of a problem this year. 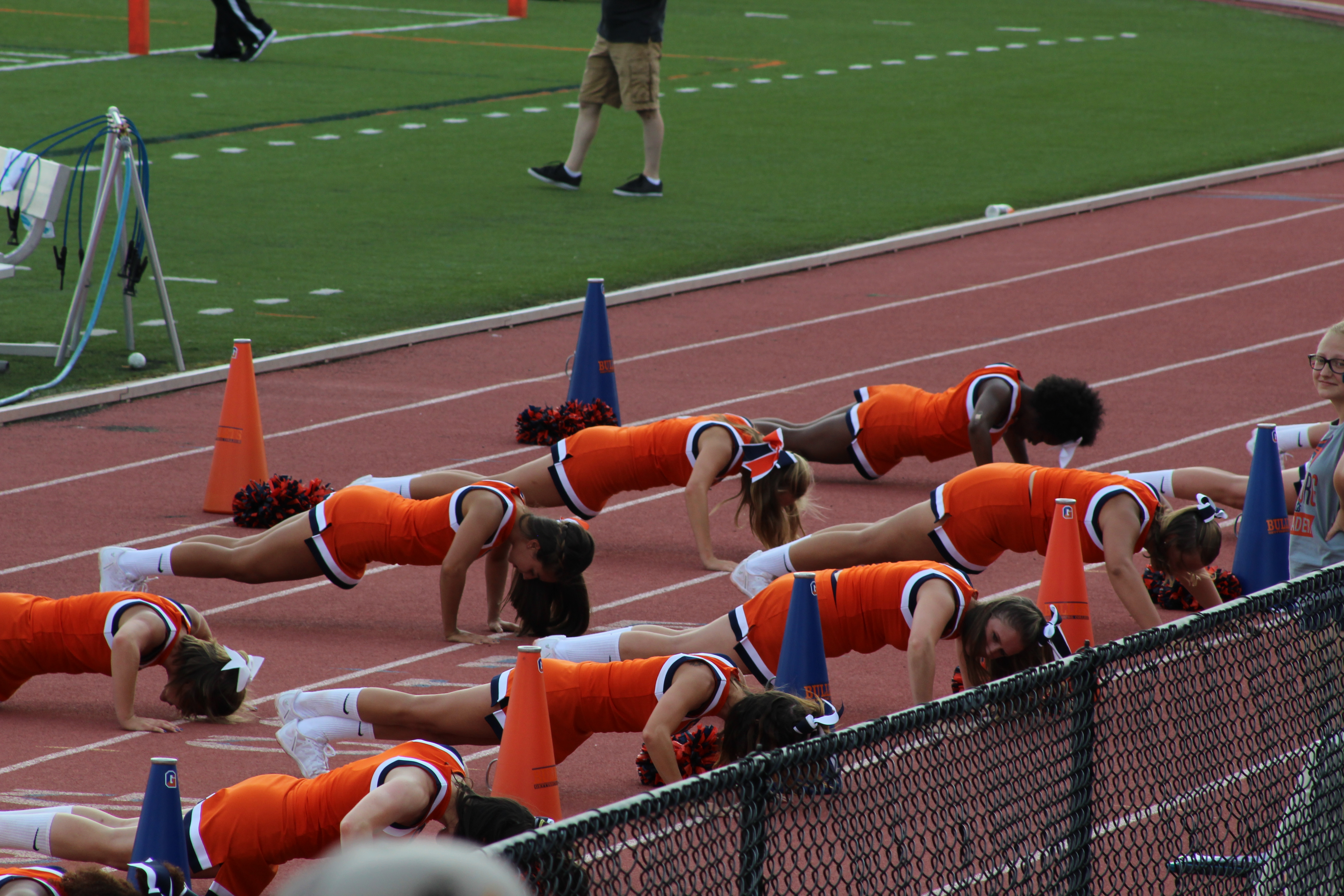 The girls enjoy this tradition not only because it gets fans involved—occasionally spectators will stand adjacent to the field and do the push-ups too—but also because it allows them to show their strength. 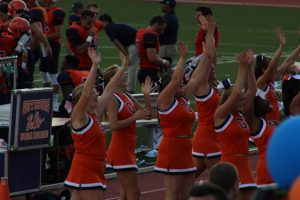 Many, but not all of the girls on the team cheered in high school as well, and those who did say the stunts and routine definitely increased in difficulty at the collegiate level. The team meets three to five times a week for practices lasting ninety minutes to two hours. However, the commitment is worth it. The girls say that while a team is something they had in high school, it takes on a new meaning here at Gettysburg. Because college is an unfamiliar place, the second family that the team becomes is a very important resource. Senior Olivia Simmet commented, “When we’re stunting, nobody hits the ground, and that applies in life as well—we always catch each other.”