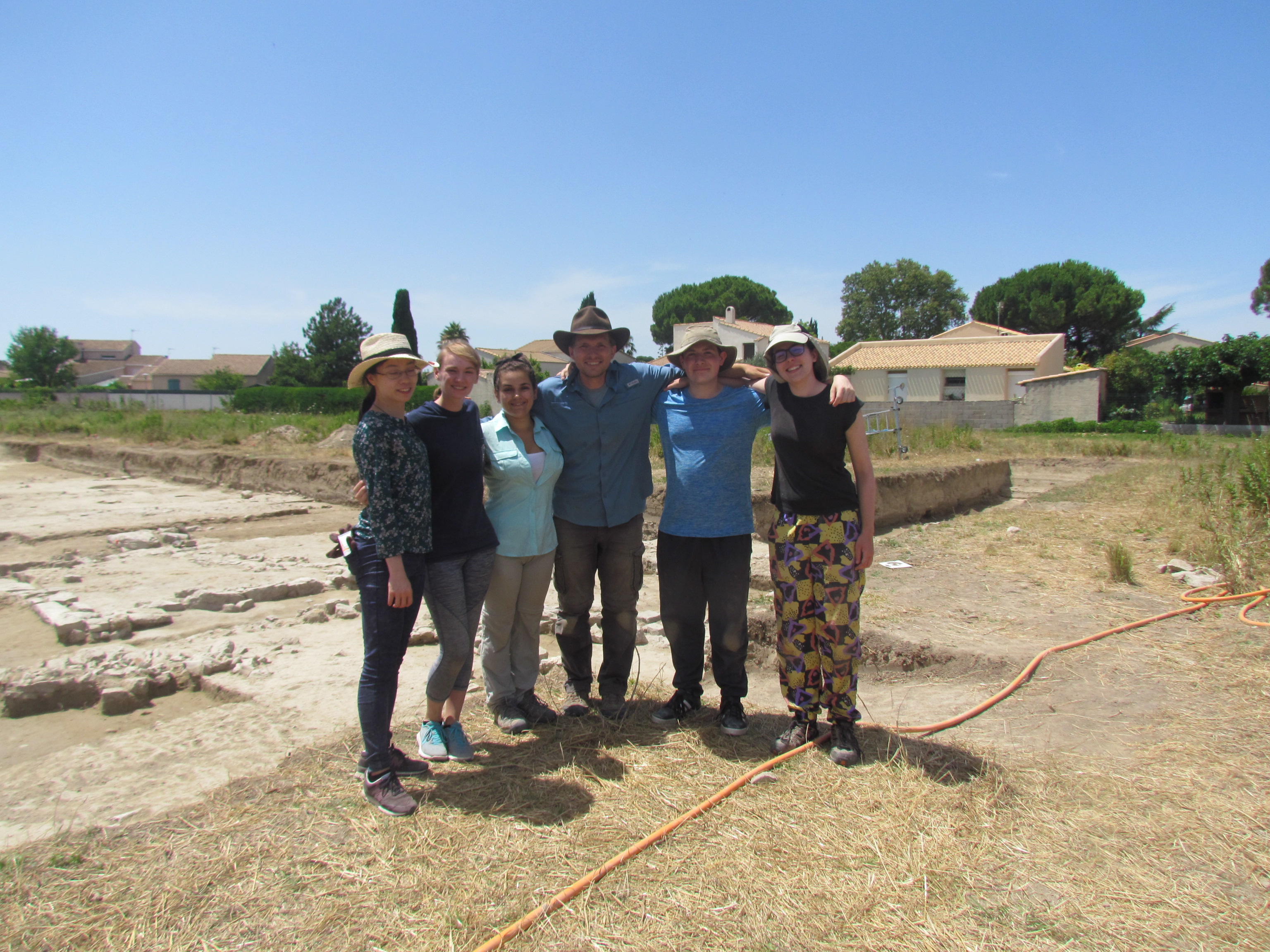 Professor Benjamin Luley of the Anthropology and Classics departments poses with fellow researchers at an archaeological dig (submitted photo).

Lined with bookshelves and the occasional plastic bag of pottery shards, Weidensall 204 is the cozy office of an archaeologist: Professor Benjamin Luley of the Classics and Anthropology departments. While he is technically not new to the faculty — some students may have seen him around campus in his past two years as a visiting assistant professor — he has recently been offered a tenure track.

Originally from Mechanicsburg, PA, Professor Luley has always been fascinated by uncovering the past. He explained that his interest in archaeology started pretty early on. When I was a little kid, I used to bury my dinosaurs in the sandbox, so when I was really little, I wanted to be a paleontologist. In high school, I was torn between history and archaeology, but the summer after my freshman year I volunteered at an archaeological dig and really fell in love with it.

Faced with the thought of a career in anything else, Luley said, “In middle school, I thought architecture might be interesting too. But I’m bad at math, so I thought it might not be a good idea.”

Professor Luley pursued his passion for the past in college, receiving his B.A. in History and Anthropology from Penn State, and his M.A. and Ph.D. in Anthropology from the University of Chicago. Before coming to Gettysburg, he taught classes at York College. Of the transition to Gettysburg, he said, “[It’s] kind of a dream job. I really liked that it was Anthropology and Classics — I’d always wanted to be involved in both departments — and it allowed me to keep excavating locally.” 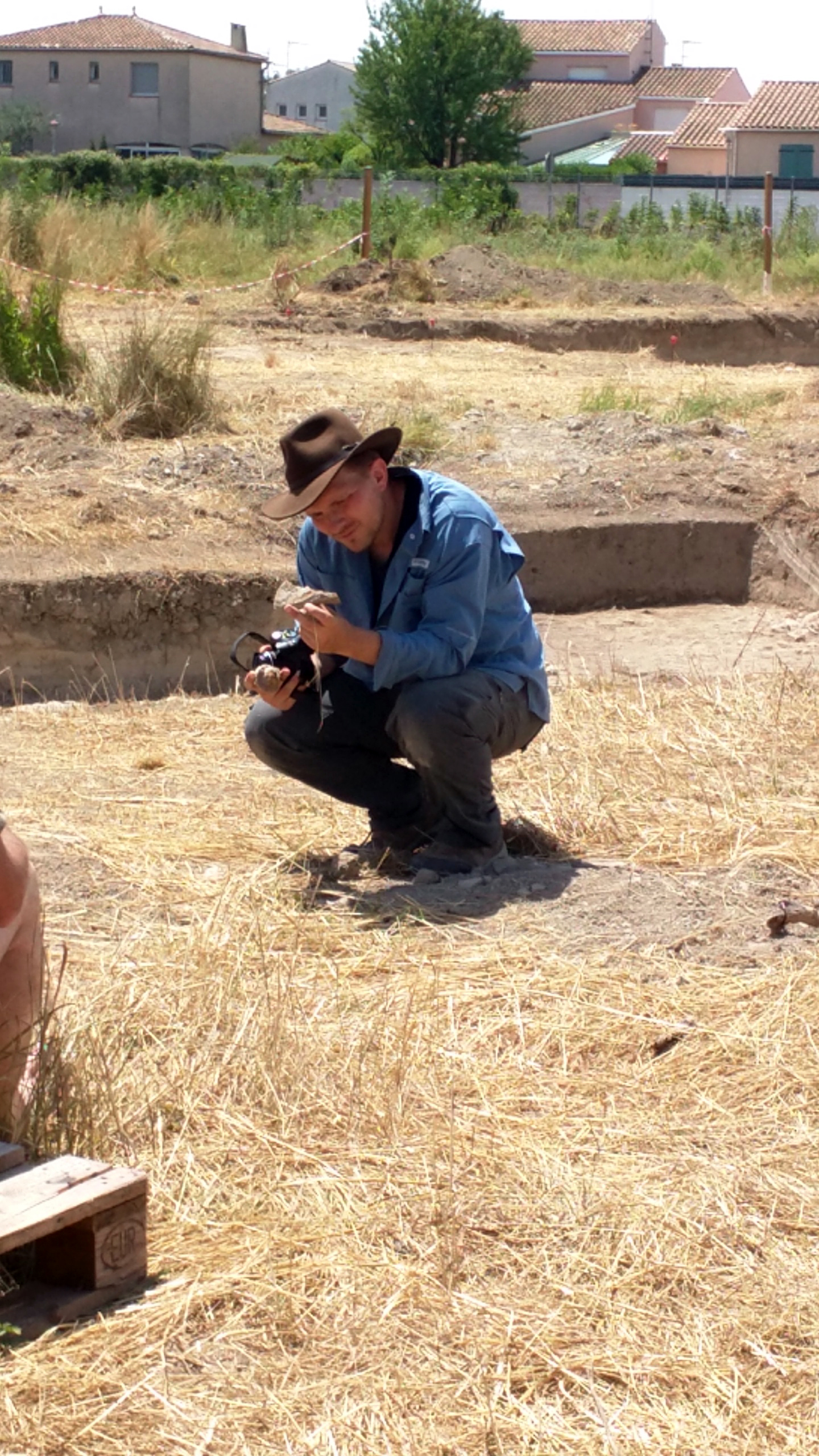 His excavations, both local and abroad, are of great importance to him. Currently, he is excavating at Lattes, a site in southern France occupied from about 500 BC to AD 200. In pre-Roman times, this port city was occupied by the Celts and later taken over by the Romans. Since 2006, he has been excavating at this site to understand the impacts that the Roman Empire had on the local economy and, in particular, on stimulating production. Studying the interactions between Romans and non-Romans is Professor Luley’s specialty; he is currently working on a book that draws upon the research from his Ph.D. and the research he is involved in now.

In addition to his work at Lattes, he is excavating a Civil War site near campus. His local work is extremely important to him because — aside from the value of understanding the area in which we live — it provides him with an opportunity to get his students into the field.

As for his goals for teaching, Professor Luley said, “Getting students to experience archaeology in the classroom is actually my number one goal. I want to give students the opportunity to work with artifacts or excavate.” This semester, his Archaeology of Pennsylvania class will get the opportunity to excavate at the Riggs House in Gettysburg.

For Professor Luley, the most frustrating obstacle in archaeology is not being able to find what he wants to find. Archaeology requires hard work and patience, and occasionally this hard work will not yield what was hoped.

Additionally, interpretation can be one of the more difficult aspects of the job. “What we find is always incomplete, so certainty is always a problem in archaeology,” said Luley. “We’re never sure, but we can be sure about some things more than others. It’s a challenge but also something that makes archaeology fun, because it’s always a question of ‘how do you know what you know?’ Classics and Anthropology are really exciting majors, and there’s so much you can do and so much you can learn from them. It’s so interesting to physically see and dig up the past as opposed to reading it.”

Lindsay Richwine '21 plans to major in English or History. At The Gettysburgian, she writes for the features section. In her free time, she enjoys singing, traveling, and watching Hugh Grant movies.