Opinion: President Riggs should immediately rescind the right of Robert Spencer to speak at Gettysburg College 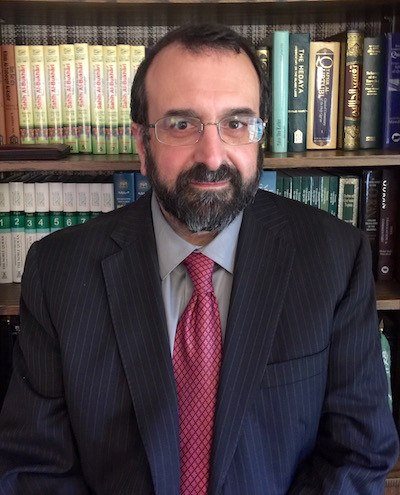 I ask that President Riggs and the leadership of our campus community immediately rescind the right of Robert Spencer to speak at Gettysburg College on Wednesday, May 3rd. As a former treasurer of the Student Senate, I have serious concerns regarding the process through which Spencer’s invitation to speak was granted. President Riggs and the administration are not at fault; rather, it is the opinion of this former Senate member that our community’s student government – the Student Senate, specifically – breached its own Constitution when it allocated funding to Young Americans for Freedom for the purpose of Spencer’s talk.

The Senate budgetary process is fairly simple. All recognized clubs are given the chance to bring requests for funding in front of the Senate’s Budget Management Committee (BMC). According to the Senate’s Constitution, the Committee’s principal role is as follows: ‘The BMC must use discretion in allocating budgets to all organizations to ensure that each event benefits the student community.’ Evidence gathered at a lecture given by Dr. Todd Green on Sunday indicates that Robert Spencer’s words and actions are dangerous to Muslim and non-Muslim members of our community alike. Dr. Green presented evidence that Robert Spencer’s writings and beliefs were cited in a manifesto written by Anders Breivik shortly before he took the lives of over 70 Norwegians in a 2011 terrorist attack. His call to action against Islam, and with it, the religion’s guarantee to First Amendment rights have been used as a basis for hate crimes against Muslims in the United States as well. Furthermore, as we enter the final weeks of this semester – indeed, the last weeks of many senior Muslim students’ Gettysburg careers – this talk is detrimental to the mental, and perhaps physical wellbeing of our community.

It is not too late to put a stop to Robert Spencer’s talk. I do hope that Senate funding has/will soon be revoked for Robert Spencer’s talk, as I do not want money I have paid in tuition or made via donation to be used to spread hate and violence within a community I have grown to know, respect, and love. This is not what Gettysburg College is about. This is not what free speech is about. Dr. Green’s lecture further validates these beliefs, and I hope that members of the administration and our student government present during Dr. Green’s lecture saw this as well. Perhaps of greatest concern, I do not want to look back on this significant moment in the future and wonder, ‘If we had stopped Robert Spencer from coming to campus, would it had saved the lives of members of our community?’ A dangerous, fabricated, and counterproductive political event in the name of free speech is not worth triggering members of our community to act on their perceived anger, fear, or hate.

I suggest YAF be given the chance to hold this event at a private venue off campus without any support – financial or logistical – from Gettysburg College.