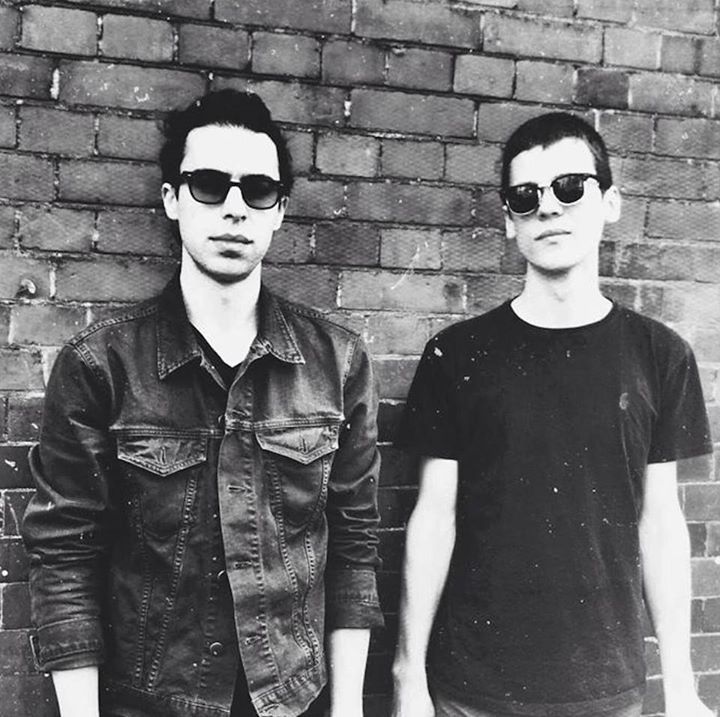 It seems paradoxical to consider that many people are thrilled when confronting mortality y, but this is often the case. This is seen in horror stories and films, adrenaline chasing adventure seekers, and particularly relating to popular music, the romanticism and mythology of the 27 club, young musicians that burned bright and all too fast. It seems obvious that death would be a concern for humanity, but what does our seeming fascination with it in entertainment say about us? Maybe it’s true that confronting your worst fear can in fact be liberating, and for many, it is their mortality that haunts them the most. But this doesn’t explain why darkness can feel so pleasurable and stimulating.

In any case, The Vacant Lots, a music-making duo from Burlington, Vermont, have captured this phenomenon of pleasurable darkness on their second full length album, Endless Nights. This melding of electronic flourishes with a punk foundation of in-your-face guitar riffs, makes a statement on just how compelling seemingly morbid concepts as such darkness and death can be. The whole thing sounds like the best time you’ve ever had in a dark basement club where you can’t see anyone, and the music is so loud its disorienting, but you don’t seem to mind.

The relatively simple driving guitar riffs are loud and powerful while also being strangely melodic. The lyrics are ominous, foreboding and reflect a loss of control that can be liberating, as seen on Track four “Empty Space:” “The universe dominated by darkness in a confusion of light.” Or on the sixth track “Waiting Period:” “the streets are a lonely place-no one else can go – through the unrelenting crowd – coming back at dawn”. Throughout, lyrics examine darkness and light in a way that shows these concepts to be related in an unexpected symbiotic relationship. Without light there can be no darkness, and without darkness, there can be no light. It is also possible to sometimes jump between the two at will. The transition from light to darkness is evident on track eight “If we are to understand all I know” with the chorus: “out of the day- and into the night.” The listener is encouraged to go out into the night, into the darkness, give in to base and sometimes violent temptations that we know we have but like to suppress. In other words, what punk and rock and roll music was about in the first place.

Endless Nights takes the listener on a journey into the night. Along the way, one is liberated so that one might do things in the dark that they would rather not be seen doing in the light. This relatively short 27-minute journey into the underworld shows how alluring the dark side can really can be.

Endless Nights by The Vacant Lots on Metropolis Records is available on Bandcamp and streaming services.