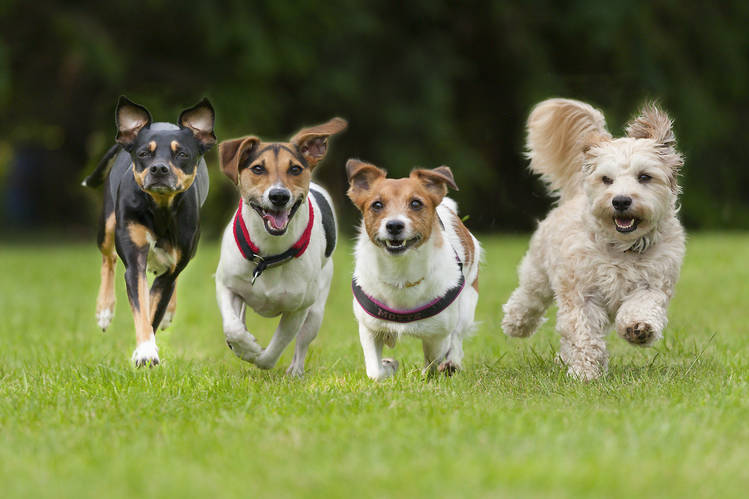 The Agricultural Revolution is well-regarded as a turning point in human history in more ways than one. Socially, this shift marked the beginning of modern civilization, but scientifically, it marked a major change in the makeup of the human genome. As our ancestors transitioned from nomadic hunter-gatherers to primarily sedentary farmers, their bodies, and ultimately their DNA, were forced to adjust to this dramatic change in lifestyle. As it turns out, human genes were not the only ones affected by this change; the genes of dogs, every man’s best friend, were forever altered as well.

Dogs were thought to be first domesticated approximately 15,000 years ago, prior to the Agricultural Revolution. While the behavioral consequences of domestication (e.g. decreased aggression, increased sociability) are well known, little research had been done on its genetic effects until fairly recently. In 2013, Kerstin Lindblad-Toh and Erik Axelsson of Sweden’s Uppsala University led the first comprehensive study on this topic, in which they compared the genomes of modern dogs to those of their closest relative, wolves. The study analyzed the genomes of 12 wolves from around the world, as well as 60 dogs from 14 diverse breeds. As expected, the researchers found various discrepancies in brain-related genes, which accounted for the behavioral differences mentioned above. Yet the researchers also discovered notable differences in genes related to digestion.

One such gene was AMY2B, which codes for amylase, the enzyme responsible for converting starch into maltase. While the wolves studied generally only had two copies of AMY2B, the domestic dogs possessed anywhere from four to thirty copies. As a result, the dogs were able to produce 28 times more amylase than their wolf counterparts. Other genes of note were those linked to the conversion of maltase into sugar and the absorption of sugar into the stomach. The domestic dogs possessed mutated versions of both genes, allowing them to carry out both processes more efficiently.

These genetic differences between dogs and wolves are remarkably similar to genetic differences seen between humans before and after the Agricultural Revolution, and the researchers postulate that the two species likely derive the changes from the same cause. As humans transitioned from a society that primarily hunted meat and gathered berries to a society that farmed grains and vegetables, they began incorporating more starch into their diet. Therefore, they naturally had more use for the starch-digesting genes like AMY2B. According to the researchers, man’s ever-faithful canine friends had become quite reliant on human “leftovers” by this point, so when the humans began adapting to a starchy diet, the dogs followed suit.

This theory was revisited earlier this year when Morgane Ollivier, a paleontologist at Ecole Normale Supéieure de Lyon in France, led a study to confirm the time period of these genetic changes, focusing specifically on the duplication of AMY2B. Working with Axelsson and other researchers, Ollivier collected ancient DNA samples from the remains of 13 wolf and dog specimens found at archeological sites throughout Eurasia. Four of the ancient dogs, found at sites in Romania, Turkmenistan, and France, contained more than eight copies of AMY2B, and are believed to be between 5,000 and 7,000 years old. Ollivier’s study was published on November 8 in Royal Society Open Science.

Because the ancient dog samples predate the emergence of dog breeds, these genetic changes are unlikely to be the result of modern breeding practices, comments Oxford geneticist Laurent Frantz. Therefore, Ollivier’s findings appear to confirm the conclusions of Axelsson and Lindblad-Toh; dogs evolved these extra AMY2B genes to better digest the starchy diets that their human masters had turned to. Robert Wayne, an evolutionary biologist at UCLA, supports this theory, reporting that the ability to survive on excess human food would have enabled these ancient dogs to expand their range immensely as humans expanded theirs. A 2016 survey of wild and domestic canines further supports this research. While almost all wolves, dingoes, and coyotes had only two copies of AMY2B, almost all domestic dogs had many more. Two key exceptions to this trend were Siberian huskies and dingoes, both of which lived, until fairly recently, with societies that primarily hunted and fished for food. Thus, these breeds would not have had the same need for starch-digesting genes as those that had adapted to farming communities.

Ultimately, the research of Axelsson, Ollivier, and their colleagues has provided remarkable insight into the influence of human technology on the so-called “natural” world. Their work has also reinforced the convergent paths of humans and their canine companions over the course of history. As summarized by Peter Savolainen, an evolutionary geneticist at Stockholm’s Royal Institute of Technology, these results provide a “coherent picture” of man’s influence on man’s best friend.