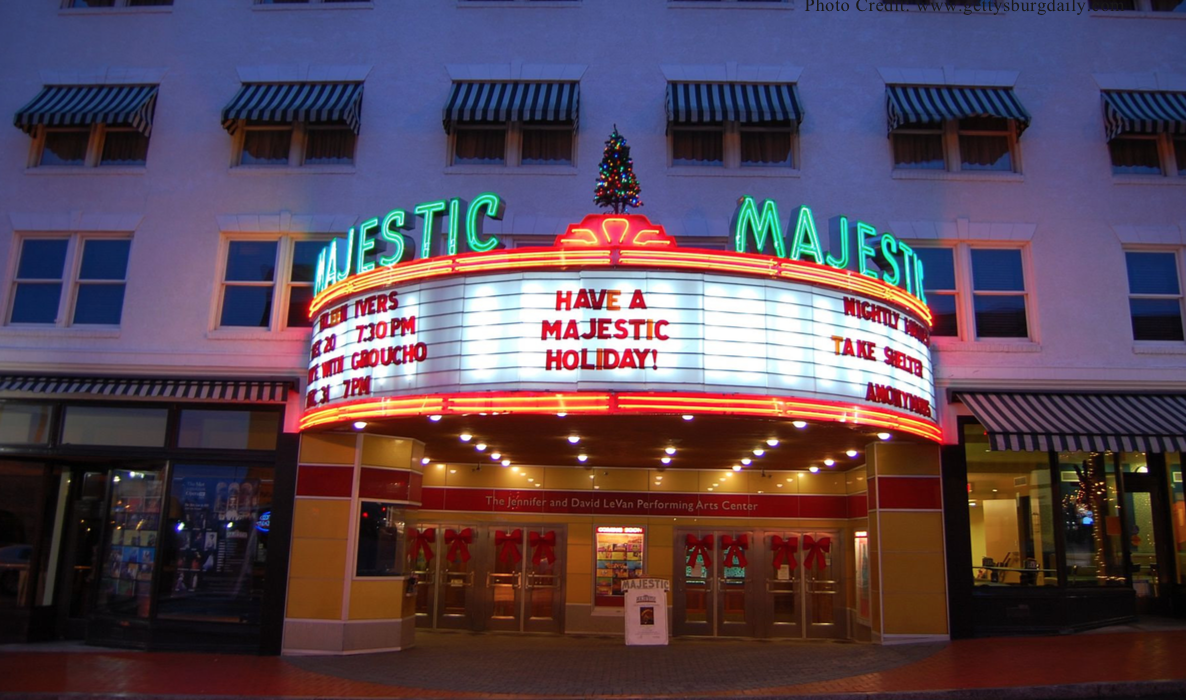 Disability rights advocate Marilynn Phillips has been pressing the issue of accessibility with Gettysburg College. The Majestic (pictured here) is one of the locations found to be lacking in accessibility.

In 2005, Gettysburg College received $8.5 million from the Commonwealth of Pennsylvania to put towards the restoration of The Majestic Theater. The total cost of this restoration was $16 million. The college’s webpage on the Theater boasts that the renovation included “handicap seating and elevator access.”

Disability rights advocate Dr. Marilynn Phillips looked into the college’s compliance with state laws regarding handicap accessibility, however, and found that the Theater, as well as many of the college’s facilities, were not in accordance with the architectural guidelines of the Americans with Disabilities Act.

Phillips’s husband, Robert Winans, taught as a professor at Gettysburg from 1987 to 2002, and is now Emeritus Professor of the English Department. Phillips herself uses a motorized scooter.

Phillips commented on Winans’s and her time at Gettysburg, saying, “We have had difficulties since 1987 in participating in College events because College facilities were not accessible, and more importantly because the College made it difficult for us to even request that activities be held in accessible venues.”

Though she filed a complaint with the Pennsylvania Commission on Human Relations (PCHR), due to “administrative difficulties,” the issue was not pursued any further. After bringing up these concerns in 2005, Phillips returned within the past few months to see if any of the necessary changes had been made.

“I brought these accessibility deficiencies to the attention of the College in 2005, but the College’s representatives were dismissive,” Phillips commented. “Recently, I decided to see if the College has corrected the deficiencies I noted in 2005. The violations have not been corrected.”

“I simply want to say that we are carefully reviewing the issues that Dr. Phillips has raised,” commented Gettysburg College President Janet Morgan Riggs.

“We are striving to create a culture of inclusivity, and we continue to work to improve accessibility so that everyone in our community can participate in our events and programs.”

Despite such assurances, Phillips plans to file once more with the U.S. Department of the Interior (DOI) if the college does not make the necessary changes.

“It is very likely that if Gettysburg College is unwilling to correct the accessibility deficiencies at The Majestic and on Campus, such as The Attic, in a reasonable period of time, I will be filling against the College with the DOI.”

Phillips had outlined the relevant issues in a 39-page Preliminary Analysis of the problems discovered around the college campus and at the Majestic Theater.

The list of necessary amenities includes a wheel-chair accessible shuttle, accessible fire escapes, a ramp for The Attic’s stage and “dispersed seating” for The Majestic, among others.

Phillips and fellow advocate John Witiak met with President Riggs and the college’s lawyer on Jan. 5 2015 to discuss the issues.

The problems that Phillips has pointed out are largely in reference to Section 504 of the Rehabilitation Act of 1976, which requires all institutions that receive public funding to make their facilities accessible for individuals with disabilities, as well as the Americans with Disabilities Act of 1990.

Marilynn Phillips has been a disability rights activist since the late 1970s. She has had a mobility disability since she was two-years-old, when she contracted polio in 1946.

Phillips worked as an Associate Professor of English and Language Arts, at Morgan State University in Baltimore, but has since retired. Updates on these issues and future comments from the Gettysburg College faculty will be posted on The Gettysburgian’s website at www.gettysburgian.com.