Opinion: Free laundry a must 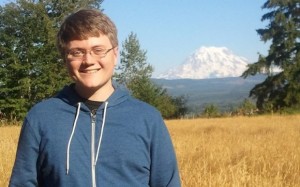 Laundry here sucks and that must change. Out of all the many complaints thrown about in the daily conversations I’ve heard from my time as a first year to the last semester of my senior year, this is the one most oft-repeated. More than slippery sidewalks that go unsalted, more than Servo lines caused by not opening up Specialty dining, more than G-Tech… come to think of it, I haven’t really heard many complaints about G-Tech recently, which is probably due to the fact they’re doing great work. Back on point, more than all of the many things the gathered body of academia engages in complaining of, laundry sits at the top of the list.

As well it should. The primary issues facing our antiquated and hopelessly lackluster laundry system are twofold: the machines don’t often work the way they are designed to and the price is unfairly and unnecessarily extorting. Never mind the fact that the machines you use to put money on your card to do laundry are sometimes broken down. Disregard the problem caused by converting only some dryers and washers to card monies only. The system is broken, and it needs fixing.

Let’s do the math: if you do laundry 18 times in a semester (which would roughly equal a week’s worth of laundry), and you use two washers and a dryer due to the capacity differences, that will equal $90 spent in a semester solely on dirty clothes. Not all of us have SUVs and can afford good looking clothes, let alone most of our tuition, so that $90 could be put to far more useful things, such as an entire semester’s worth of rented books. By charging for laundry, the school is severely handicapping many students’ ability to properly focus on education.

That $90 could literally be used for anything else, be it tuition or food or books or literally. Anything. Else. And that number, $90, assumes that we will only need to use 2 washers and 1 dryer. Which brings me to my second point: the machines don’t work. You can shove whatever excuse about proper laundry sizes right back up into wherever it came out of: I have done a normal-sized load of laundry and still not had it clean and dry. With the lint screen wiped off, with the proper amount of suds and time, a normal load of laundry here has still come out as woefully soaked and in need of a second or possibly third drying.

So now we’re up to $117 dollars with the second drying load because the machines don’t work. But you know what? Some of us play sports, or paint or get our clothes soaked with various fluids from various frats. I mean, it’s college: shit happens. And thus you change your clothes more often and if that occurs you either need to own more clothes or do laundry more often. So to be safe, let’s bump that total again up to another cycle each and put it at $144, because more clothes or more loads both equal more money spent.  And this is only one semester’s worth of laundry we’re talking here. Two semesters, and it becomes $288.

From freshman year to graduation, you might spend as much as $1,152 dollars just doing your laundry. That’s a cool grand that you could put to (say it with me) literally anything else. That’s a grand you should not be wasting on a necessary service the school should freely provide. Because that’s what’s needed to make this nonsense go away: free laundry.

Better machines, of course, would be nice too but it doesn’t help to have better machines when you’re skimping money as is to do something as basic as laundry. It is absurd that the school would force you to pay a grand over your career for something so banal. It is a distracting charge which takes away from many students’ ability to focus on school proper.

Gettysburg cares about its student body. I know this because I’ve gone here for four years. And I’ve already paid my grand’s worth of money for laundry. It’s too late for me. But it’s not too late for others to not have to deal with it. Laundry should be free; there is no excuse why it shouldn’t be. The machines should work; we have the ability to make it so.

This system is out of date. It is an unnecessary cost which detracts from the core reason of our being here: learning. It’s an easy thing to be able to allow students to be properly clothed for classes, and with the money we’re already being charged I’m sure there will be a way to make up for the loss of income the school is swindling off of us.

No student should have to lay out their clothes to dry after having tried twice. No person should have to have the added burden of scrounging quarters and planning trips home just so they can be sure they’ll have something to wear. The bullshit stops here. Free laundry and better machines must be brought to this campus immediately.
Stay frosty.