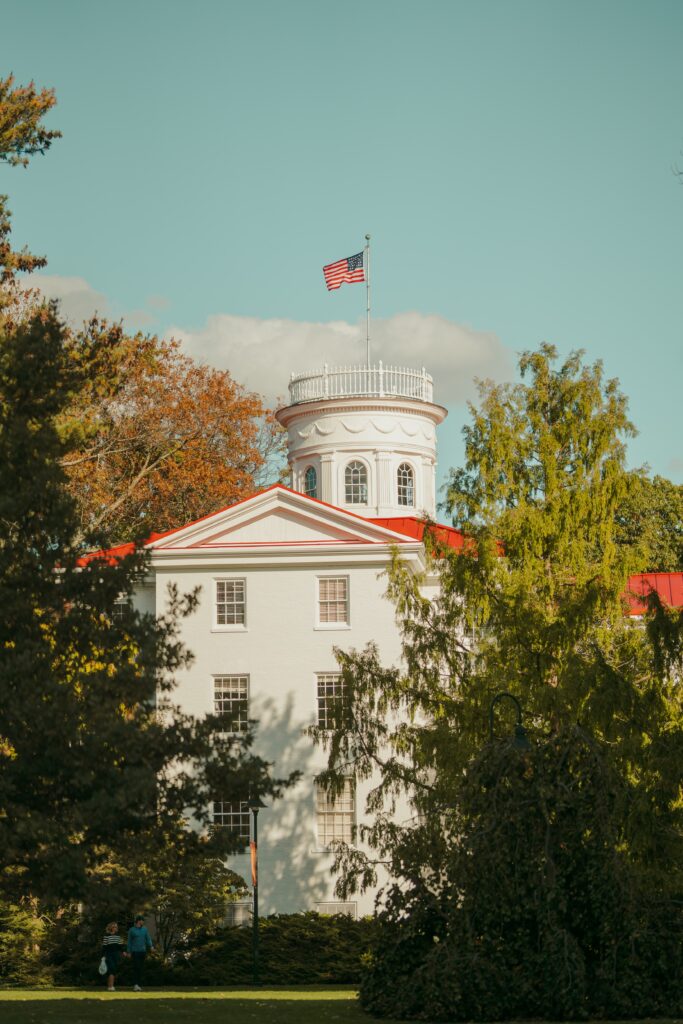 The Princeton Review is known for releasing rankings of attributes related to colleges, which can be important to institutions, current students, and prospective students. On Princeton Review’s top 25 “LGBTQ-Unfriendly schools,” Gettysburg College ranked number 20.

According to The Princeton Review, this list is “based on how strongly students disagree that their fellow students treat all persons equally, regardless of their sexual orientation and gender identity/expression.”

Some students were surprised that the College received this ranking.

“I, personally, don’t think it’s as bad as it could be,” said Gender and Sexuality Resource Center (GSRC) student worker Em Eveland ’24.

Eveland elaborated on this point, saying that there are a lot of good spaces for queer individuals on campus, but, historically, people have not known about them. They added that before recent years these LGBTQ safe spaces, such as the GSRC, have not been advertised as much nor received as much funding.

Glatfelter admitted this ranking surprised her.

“I’m surrounded by a really supportive community,” Glatfleter said. She added that this community may make her insulated against  LGBTQ-unfriendliness.

Many students’ responses referenced the controversial visit of Dr. Ryan T. Anderson that occurred on Oct. 18.

“The day after celebrating National Coming Out Day we’ve got wind of an anti-trans speaker being allowed on campus,” Rajan Aparicio ’26 said.

Aparicio was not surprised by the ranking and credited this lack of shock to attending a predominantly white institution.

Chloe Colbaugh ’26, El Monzon ’26, and Jamie Riches ’26 also responded in reference to the Anderson event. They said that part of the problem is they view the College to not define hate speech as what it is. They also noted that the College is very committed to upholding free speech no matter what it is, which they believe can contribute to unfriendliness.

“We [the college] should not be giving voices to hate speech. It alienated the students and it’s not right… If that is something that continues to happen it is of course unfriendly,” said Parisi.

Parisi added that she thinks a lot of colleges would not give a voice to hate speech and she believes that allowing it to occur is allowing for hate to spread.

Jacob Krebs ’24 mentioned the event with Anderson in his response but credited the ranking to more than one event hosting an anti-LGBTQ speaker.

Krebs explained that although the College is small, his experience here is still better than his high school experience. He said that there only seem to be major issues on campus when events occur like the one with Anderson.

“It doesn’t feel like the queer community is visible on campus,” Krebs added and attributed this invisibility to “institutional queerphobia.”

Gisela Bramonte ’26 was not surprised by the ranking because of the location of the College.

“People feel more comfortable being bigots in this environment because they know they’re less likely to be called out, or they’ll get called out by a smaller group of people as opposed to going to school in a big city or a liberal town. Environment plays a big role in how people feel empowered and emboldened to act,” Bramonte said.

Director of the Gender and Sexuality Resource Center AJ Del Gaudio investigated this ranking shortly after it had been posted. Del Gaudio said that although they read the methodology page of the ranking, she is still unsure of how the survey of the ranking was held and its accuracy.

“I do not see any information about how many students they actually surveyed at Gettysburg College, what dates they collected this information, how they advertised this to our students, or what identities the participants of the survey held. So it is difficult for me to make assumptions about why we were ranked this way based on the information we have,” Del Gaudio said.

Although Del Gaudio knows how important inclusion is on campus, they also emphasized the resources available at Gettysburg.

“While advancement of LGBTQ+ resources, advocacy and inclusion is an ongoing goal and we certainly have a lot of work to do moving forward, I think it is also important to acknowledge the resources that we do have in place and continue to spread awareness about them on campus,” Del Gaudio said.

Del Gaudio gave an additional resource they like to use to evaluate the college’s LGBTQ+ resources, which is Campus Pride Index. This index includes a “Best of the Best” and “Worst of the Worst” list, and Gettysburg College is on neither. The index also gives a detailed breakdown of what resources are or are not on campus and what resources other colleges have or do not have in comparison with Gettysburg. Gettysburg currently has a score of 4 out of 5 in this area.

“By no means does a 5 out of 5 score indicate that a college is a perfect place for LGBTQ+ inclusion, but it is helpful to know what support resources and efforts are in place that are working towards that goal. I typically use this information and feedback from various places on our campus to set goals for the Gender and Sexuality Resource Center,” Del Gaudio said.

This article originally appeared on page 13 of the October 2022 edition of The Gettysburgian’s magazine.

Editor’s note: The version of this article that was published in the October 2022 edition of The Gettysburgian’s magazine did not include the quotes from AJ Del Gaudio. They were added before publication online. (- K. Oglesby)