The College Responds to Physical Assault Near Diaspora House on Saturday 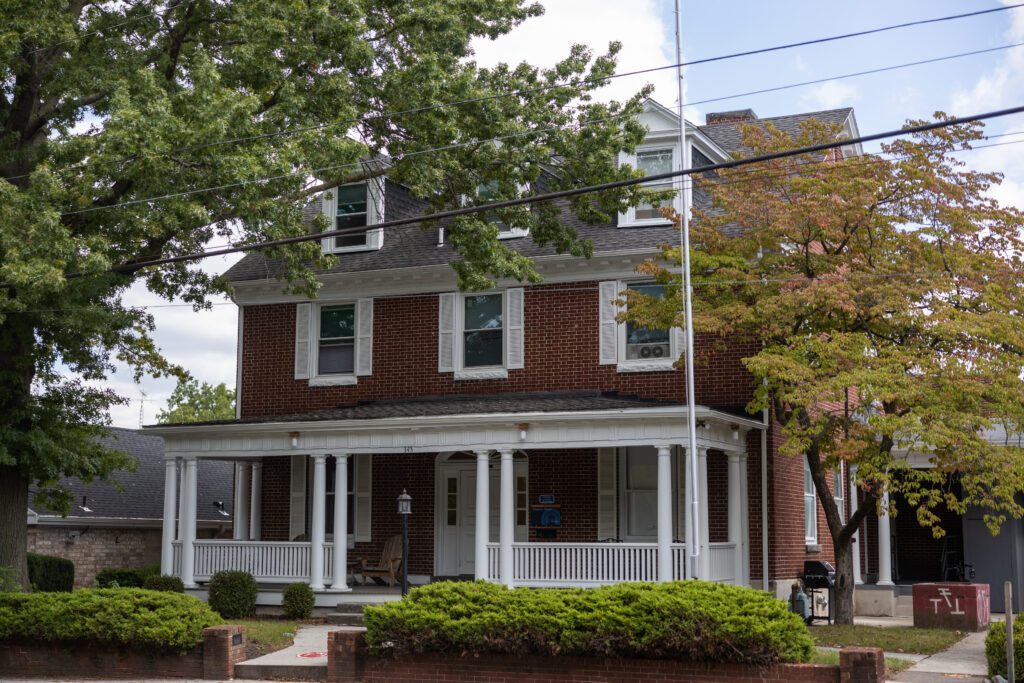 Vice President for College Life and Dean of Students Anne Ehrlich sent out a campus-wide email on Tuesday providing additional information about the physical assault that occurred on Carlisle Street early Saturday involving a member of the campus community.

Ehrlich explained that a student was physically assaulted by a “group of non-students” when heading back to their residence, Diaspora House (D-House), on Saturday. The student was taken to the hospital and has been released, she said.

When Gettysburg Borough Police Department (GPD) went to handle the situation, one of the group members, all young men, seemed to charge at the officer, who then tased and handcuffed the individual.

GPD has identified four of the people involved in the assault. They have all been banned from campus. This includes the campus housing on Carlisle Street.

Ehrlich also informed students about a gray four-door sedan without a license plate that has been driving around Carlisle Street and Lincoln Ave. Campus Safety has received a report of its occupants making monkey noises at a Black student, and it is investigating other reports. The occupants are not believed to be Gettysburg students. A witness said there were three of them in the vehicle at the time. Campus Safety does not know now whether the incidents are connected with the assault.

Students are directed to call 911 if they see a vehicle matching this description.

“Campus Safety and GPD are providing a dedicated officer presence in this area for the foreseeable future,” Ehrlich said.

Ehrlich reminded students of counseling, pastoral, and other resources available to them if they have been impacted by the situation. She noted that faculty of students living in D-House have been made aware of the situation by the Center for Student Success and were told to be understanding when it comes to attendance and assignments.

“The safety of our students is paramount to all that we do,” Ehrlich said. “Together, as a community, let us remain vigilant, live our shared values, and support one another through these challenging times.”

Chief Diversity Officer Eloisa Gordon-Mora sent out a campus-wide email later in the day informing the student body that she would no longer be holding the welcome reception introducing her in her role that was meant to be held on Tuesday afternoon.

“[President Iuliano and I] agreed in postponing this activity into the future, given the urgent need to continue focusing on the different levels of impact created by the events,” she said.

Instead, Gordon-Mora spent 4 to 5 p.m. on Tuesday in Glatfelter Lodge to talk with students and reflect in light of the events that took place Saturday.

The house leader of D-House did not immediately respond to a request for comment on the matter.