Home » Opinions » “Why Pronouns?”: A Critique of TERF Ideology

“Why Pronouns?”: A Critique of TERF Ideology 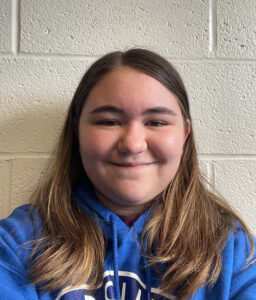 I took a long sip from my morning coffee cup as my eyes widened at the stunning opinion piece headline in The Wall Street Journal, “When Asked ‘What Are Your Pronouns,’ Don’t Answer.”

My mind wandered, all the way back to my time as a young child, playing with Barbie dolls and matchbox cars, overseeing teddy bear masses (in true Catholic fashion), and rocking plastic babies to sleep. I thought of myself in a glittery pink biker vest from Harley Davidson as a toddler and in a thick, fake mustache and suit as I re-enacted Louis XIV for a school project. I detested the label of “tomboy” and fought relentlessly for a radical feminism I had not yet acquired any knowledge of, while Southern moms told me to close my thighs, their daughters bullied me for not shaving, and their sons sexually harassed me.

When I reached about age 12, I started questioning my gender. I did not even know what a trans person was at that time, and my parents had raised me in a loving, yet moderately conservative, household. I found myself asking what does it mean to be a woman? A man? What does that mean about me? I had decidedly ruled out in my mind any feeling or desire to be referred to as a man. But, several years later, in my senior year of high school, I started using they/them in combination with she/her pronouns because I felt that the title of “woman” alone was still not expansive enough to encompass my identity.

Gender, much like race, is a social construct; fictive, but powerful. As much as we all share alike DNA (99.99% to be exact), Black people are still disproportionately incarcerated and murdered by law enforcement. Indigenous women and two-spirit individuals are still kidnapped and murdered. I still get called a sp*c and told to “go back to Mexico.” So, gender has importance societally. And gender has significance to individuals—even if I feel differently about the construct—because trans, non-binary, and even cis people are not monolithic.

Coming back to the present, I read the Wall Street Journal article written by Colin Wright over and over, trying to understand his point of view, but nonetheless concluding it was a work of trans-exclusionary radical feminism (TERF).

First and foremost, as someone who has largely abandoned faith in the American political system, I sympathized with some of the arguments made about the performance of politicians such as the Vice President and other White House staff in using pronoun displays to virtue signal and tout themselves as woke. In the same way that fending off disingenuous efforts at reform and exclusively symbolic activities has become an important and nuanced conversation in anti-racism circles, there is value in discussing the complexity that exists within the radical trans-inclusive feminist movement. Let us not be so distracted by this criticism of performative inclusivity that we forget that the greater threat to the progression of true radical feminist liberation lies in the inability of society to overcome systemic issues, of which include racism, homophobia, and transphobia.

While criticizing gender to the very point of asking “are pronouns necessary if gender is a restrictive and repressive force in society” is an interesting question, asking it at this point —a time in which we have yet to overcome white supremacist patriarchy— undermines the absolute lifesaving necessity of sharing pronouns. According to a pre-pandemic survey released in 2020 by the Trevor Project, LGBTQ youth, especially trans and non-binary youth, are significantly more likely to consider or attempt suicide than their cis-gender and heterosexual peers. In the same report, the Trevor Project found that for trans and non-binary youth, the percentage of individuals who were suicidal dropped to nearly half of the original percentage if their pronouns were respected and properly used.

Similarly, in a research report released in 2018 by the Journal of Adolescent Health, trans and non-binary individuals who were referred to by their chosen name, rather than the one they were assigned at birth, expressed a 29% decrease in likelihood that they would contemplate suicide and a 56% decrease that they would attempt suicide. Long story short, using pronouns properly, chosen names, and asking others to share their pronouns is not simply a matter of accommodation or political correctness, it is critical suicide prevention.

In addition to my critique of Mr. Wright’s opinion piece as trans-exclusionary, counter-productive, and potentially dangerous, he also fails to factor in the factual, scientific evidence that debunks his final words. He writes, “We simply can’t ignore fundamental realities of our biology and expect positive outcomes for society. Pronoun rituals are extremely effective at normalizing and institutionalizing the abolition of biological sex in favor of gender identity.”

What Mr. Wright fails to acknowledge is that biological sex extends beyond our notions of “male” and “female” to include a vast array of intersex individuals who have been scientifically agreed upon as possessing neither strictly male nor female reproductive organs, but rather “ambiguous genitalia,” a term used in a paper published in the Annals of Health Law at the University of Texas-Galveston in 2002 when describing three of the many versions of intersexuality. If gender and biology are intrinsically linked as Mr. Wright suggests, then, according to data collected by Amnesty International, approximately 1.7% of the global population—that is about 134.4 million people— are being completely ignored in favor of keeping to Western, binary tradition.

In fact, intersex people have expressed resentment and outrage in the past and in recent decades for a common cosmetic procedure conducted around the world at infancy in which doctors mutilate a newborn intersex person’s genitalia to better socialize them as male or female. While this procedure is done with parental consent, an infant clearly has no say in what is being done to his, her, or their body. In one account discussed in the earlier mentioned University of Texas paper, a young man who was born intersex and was socialized as a girl shared his story of frustration, mental health struggles, and resentment toward his parents and doctors for forcing him into a gender identity that was not his own, but merely one meant to make society feel comfortable with their own conceptualizations of biological sex and gender.

I get questions all the time about why I use two sets of pronouns, why I personally do not plan on ever having gender affirming surgery or why I do not present super androgynously. They all usually end up asking, “Well then doesn’t that just make you a [masculine or empowered] woman?” To this, I reply, “No.” You see, even if we lived in a world in which the roles were reversed entirely, or in which gender was not defined by traditional Western conceptualizations of masculinity, femininity, and androgyny, how I experience my own body and mind’s relationship to the world around me would still be the same. My gender is not a determinant of my behaviors, thoughts, or preferences, much unlike my biological sex is. But it does not make gender unimportant or insignificant.

I believe wholeheartedly that Mr. Wright’s piece, “When Asked ‘What Are Your Pronouns,’ Don’t Answer,” is transphobic, misleading, and even false. His minimization of the essentiality of pronouns is a minimization of the authentically lived experience of trans, non-binary, and intersex people around the world, and his arguments only end up bolstering the patriarchal, anti-feminist structures he disingenuously professes to fight against. There can be no advancement of cis women without the radical inclusion, acceptance, support, and advocating of all gender identities.

So, what are your pronouns?