Made By Carter Hanson // Magazine Editor

This crossword originally appeared in the February 2022 issue of the Gettysburgian. 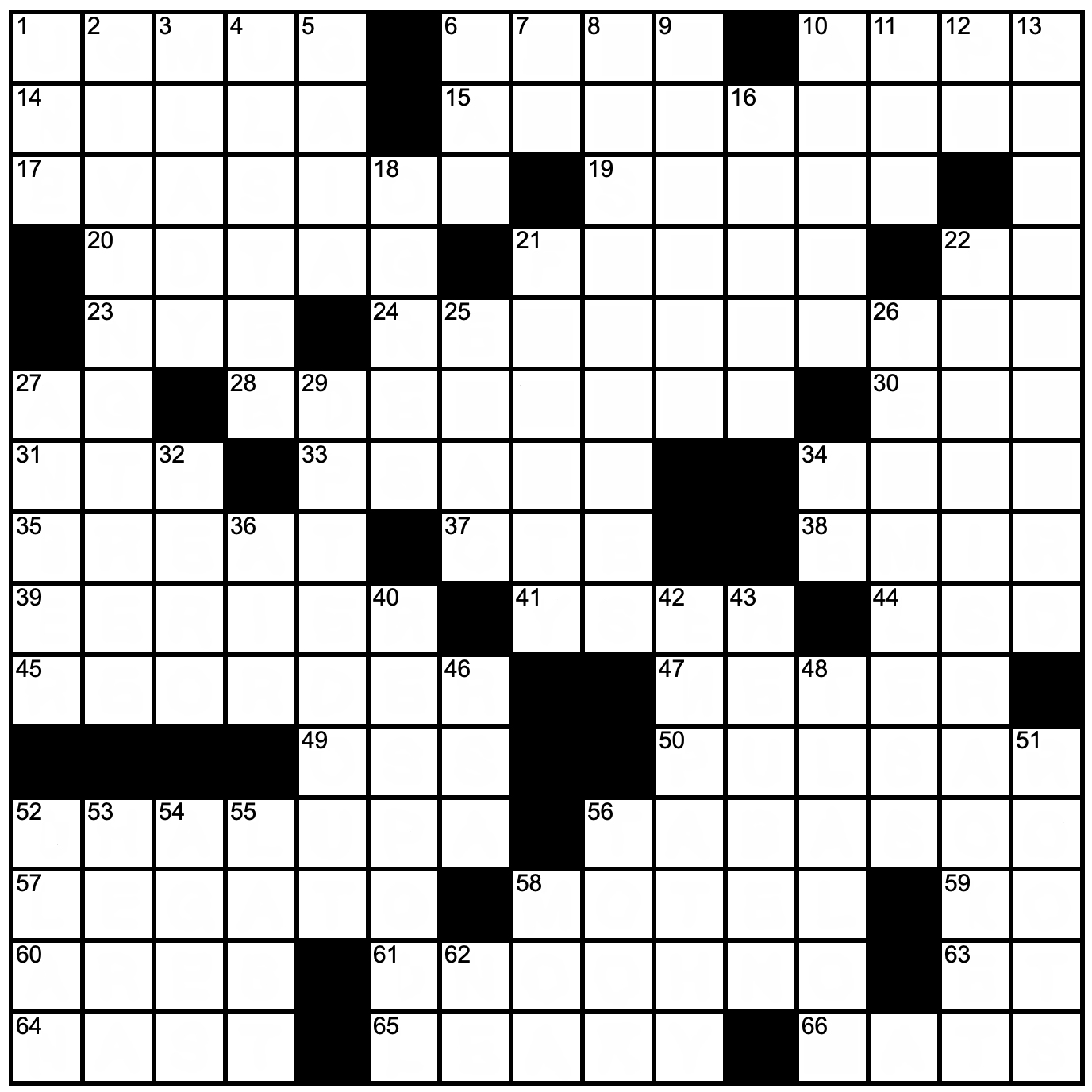 Across
1. Recently closed Gettysburg coffee shop, briefly
6. “I only regret that I have but one life to lose for my country” speaker
10. Maria’s hills in the Sound of Music
14. Wafer brand
15. Where the needle is
17. Beating around the bush
19. Pen name of Theodore Geisel
20. Aid in finding a lost pet
21. U.S. Army base named for a Confederate general
22. Inits. of McKinley’s successor
23. The Science Guy
24. Necromances
27. Eric Holder, for President Obama
28. 1973 decision currently challenged by Dobbs v. Jackson Women’s Health Organization
30. Country of the U.K., for short
31. Raised to the __ power
33. Hymn in a biblical book
34. Pfizer and Moderna, for example
35. Gettysburg College’s mantra: “Do ___ Work”
37. Brain injury caused by repeated concussions, often in football
38. Kuwaiti prince
39. Stranger
41. Belgian river flowing into the North Sea
44. Acid
45. Reaction to Amazon failing to deliver?
47. Foreign foot
49. U.S. spy agency during WW2
50. Flashy star?
52. Mexican corn cup popularized in the U.S. by Taco Bell
56. Condiment for 52 across?
57. Smooth, in music
58. Portmanteau for a place where cars sleep?
59. Boxing announcement
60. Greek god of war
61. Mistake by Yoko?
63. 1982 sci-fi blockbuster, which surpassed Star Wars as the highest gross film of all time
64. The “Father of the American Cartoon” who took on Boss Tweed
65. Like Harry Potter’s Cauldron
66. Long-running Broadway musical whose 2019 movie adaptation was a box-office bomb

Down
1. A Frenchwoman’s “one”
2. Title character of a Shel Silverstein book
3. Medieval address to a noblewoman, say
4. Traditional province of Northern Ireland
5. Greek personification of the Earth
6. Silk Road-era dynasty
7. “I see”
8. Lennon, McCartney, Harrison, and Starr for the Beatles, for example
9. Pupil protector
10. Adrift
11. Preceding “Vegas”
12. Culture War pejorative
13. Swedish acting family, the patriarch of which recently starred in Chernobyl and Dune
16. Rhetorical demand for a lawsuit, say
18. Shrek and Fiona
21. “____ Towers,” John Cleese sitcom of the ‘70s
22. Swindle involving Williams or Osaka?
25. Flee to danger, briefly?
26. Xi Jinping, since a 2018 amendment to the constitution
27. Red character in “Inside Out”
29. Decided not to
32. Track from Footloose: “Holding out for a ___”
34. “Between the World and __” by Ta-Nehisi Coates
36. Element Plato determined to be hot and wet
40. Action after using yarn or film
42. Feeling what others feel
43. Corned beef on rye
46. Homeland of Mandela
48. Aztec god of rain
51. Questlove’s band, with “The”
52. Scottish tribe
53. Queen of the Greek Pantheon
54. Has another birthday
55. New Testament banquet
56. Pippin of the Lord of the Rings
58. Now-extinct mega-bird of New Zealand
62. State home to Chimney Rock National Historic Site

Check out the answers HERE