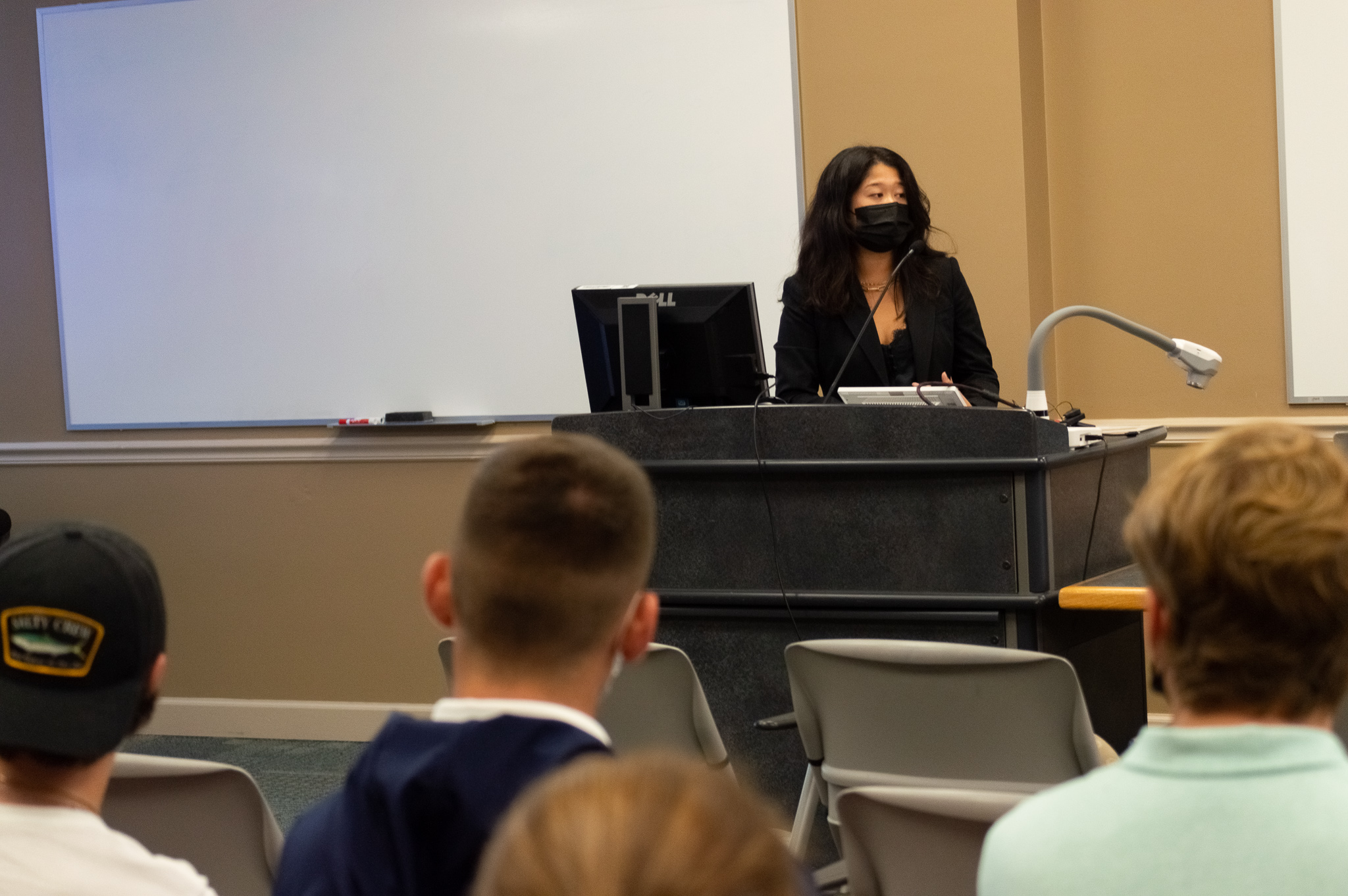 The Senate meeting on Feb. 7 saw the outlining of conduct expectations for the spring semester, student concerns about Facilities Services, and an open discussion about improving various elements of the Senate.

President Sydney Quan ’22 outlined expectations for the new semester, focusing on the areas of respect, constructive comments, and communication. “The amount of disrespect that both myself and my executive board have endured over the past fall semester and even the beginning of this spring semester is unreasonable and unfair,” said Quan.

Quan reiterated the importance of respect, stressing the significance of providing constructive criticism when one disagrees with something said, and making sure that comments are not repeated in order to keep meetings timely. “It is important to keep the conversation moving and keep the momentum going forward,” said Quan.

Quan recognized the importance of communication and transparency, stating that all are welcome to attend Executive Board meetings, which take place on Thursdays at 11:15 a.m.

Quan announced that the Senate meeting on Feb. 21 will take place on Zoom and will feature the Senate Alumni Network, which will connect students to professionals in breakout rooms.

Vice President Miranda Zamora ’23 welcomed new Junior Senator Carter Zamora ’23, and announced her availability and willingness to conduct check-ins with Senate members. She invited those interested to reach out to her and schedule a time to meet.

Secretary Evelyn Datte ’24 gave a reminder of the Valentine’s Day fundraiser for the Senate, where members can send paper hearts to one another for $2. The funds raised will go to Mosaic Minds.

Treasurer Connor Heath ’23 announced that $48,603.09 has been spent so far by the Budget Management Committee. There were no budget requests this week.

Students expressed concerns with the Facilities help desk. Students reported facilities concerns to the Department of Public Safety (DPS) because the help desk was reportedly down.

Students expressed concerns about the salad bar in the Bullet Hole being closed. They were told this is the result of staffing shortages.

Another student brought concerns about the quality of toilet paper in residential spaces.

During Student Concerns, one Senate member promoted the campus climate survey that is currently being distributed throughout campus. The survey was created by a coalition of student leaders and focuses on the transparency of the Gettysburg College administration.

After dismissing non-voting members, the Senate dove into an open conversation about the semester goals of respect, constructive comments, and communication, what is currently good about the Senate, and what effective changes would be going forward. Themes that arose were the need to raise general student awareness on what the Senate does and how it can be seen as a resource for students, as well as involving the Gettysburg College administration in more meetings. Other ideas discussed were the need for increased new-member education opportunities, the potential expansion of Senators at large, the proposal of anonymous voting on budgets, and dedicating parts of Senate meetings to leadership and skills-based workshops.