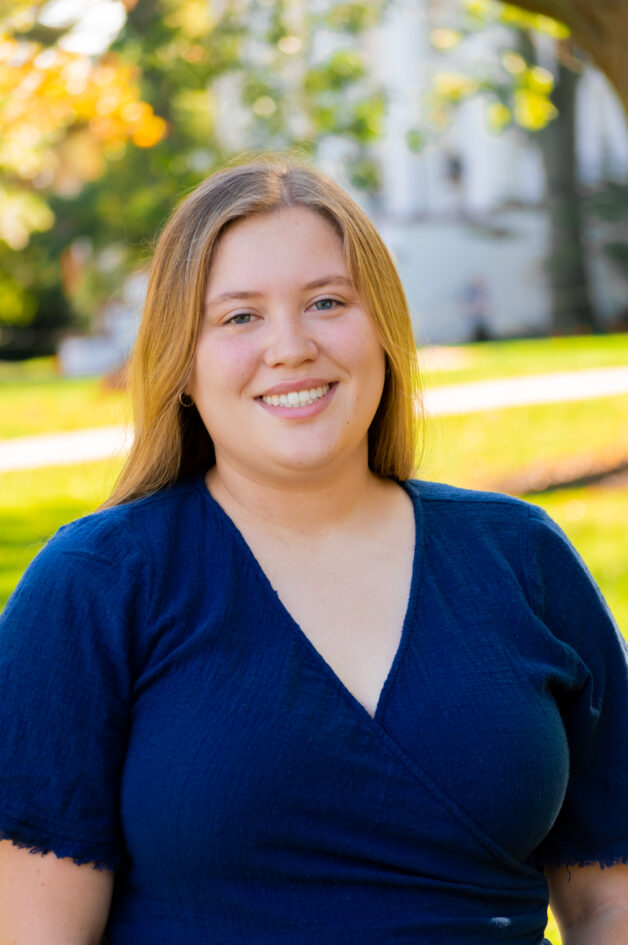 Alexi Ralston ’22, a theatre arts and English with a writing concentration double major, is the president of Sigma Alpha Iota (SAI). SAI is a fraternity on campus that is open to anyone who identifies as a woman and shares a commitment to music. Ralston joined the organization the first semester of her sophomore year at the encouragement of friends from her marching band section. Her junior year, she was the chair of SAI’s social and sisterhood committee, which plans the events the fraternity holds each year. Now, for Ralston’s senior year at Gettysburg, she is president of SAI’s Epsilon Beta chapter.

When asked about her role as president, Ralston said, “A lot of it is behind the scenes organizational stuff like communicating with people at the provincial, regional, and national levels. It’s a lot of keeping people informed so that they know the work we are doing. Another part of my job is representing the group in a positive and encouraging way. I keep track of details and write reports, not necessarily the glamorous stuff, but it’s been a fun challenge so far.”

Ralston’s involvement in SAI comes with a passion for music. She plays trumpet in the marching band and has been involved in choirs in the past as well. Additionally, she has a love of writing music, and the support of her sisters in SAI has helped this passion grow.

“They are a good group to share music with. Before this year, I haven’t shared a lot of what I write with other people. It’s nice to have a group of people who are encouraging and pushing you to share your projects and passions with others … The reason I love the organization is because we are a group of women who share a passion, and I think those are the best kind of people to keep company with because they encourage you and are eager to attend your recitals, concerts, and shows.”
Ralston’s theatre capstone is a musical that she has been writing since she was sixteen, which she plans to direct next semester. Titled Clock-Maker, the musical follows a protagonist who dreams of being an inventor but deals with setbacks, such as cognitive disabilities. Including real elements of struggle and a time-travel plot, Ralston describes her musical as “a science-fiction fairytale.” Her capstone will focus on casting the roles and then workshopping the show with the cast in order to establish more character development.

As Ralston works on completing the musical’s manuscript, she is continuing to focus on her SAI duties as president. Last year’s events were mostly online and over Zoom due to the pandemic, so she is looking forward to more social gatherings this year. SAI will be holding an event called Music in Color, a BIPOC Concert Series for the 2021-2022 academic year. On putting together the series, Ralston said, “I would be remiss not to mention the work that our events committee has done to plan a series that educates and brings awareness to the issues surrounding BIPOC representation in music.”

The concert series has already begun, and SAI is constantly updating the schedule to include more performances that are occurring around campus.
Following graduation in the spring, Ralston sees herself spending some time traveling abroad and keeping her options open for creative opportunities. “I haven’t narrowed down exactly what I want to do, but I like the idea of working for a nonprofit. I can picture myself starting with a company that I feel good working for and seeing where that takes me on my creative journey.”

This article originally appeared on page 9 of the November 1, 2021 edition of The Gettysburgian’s magazine.