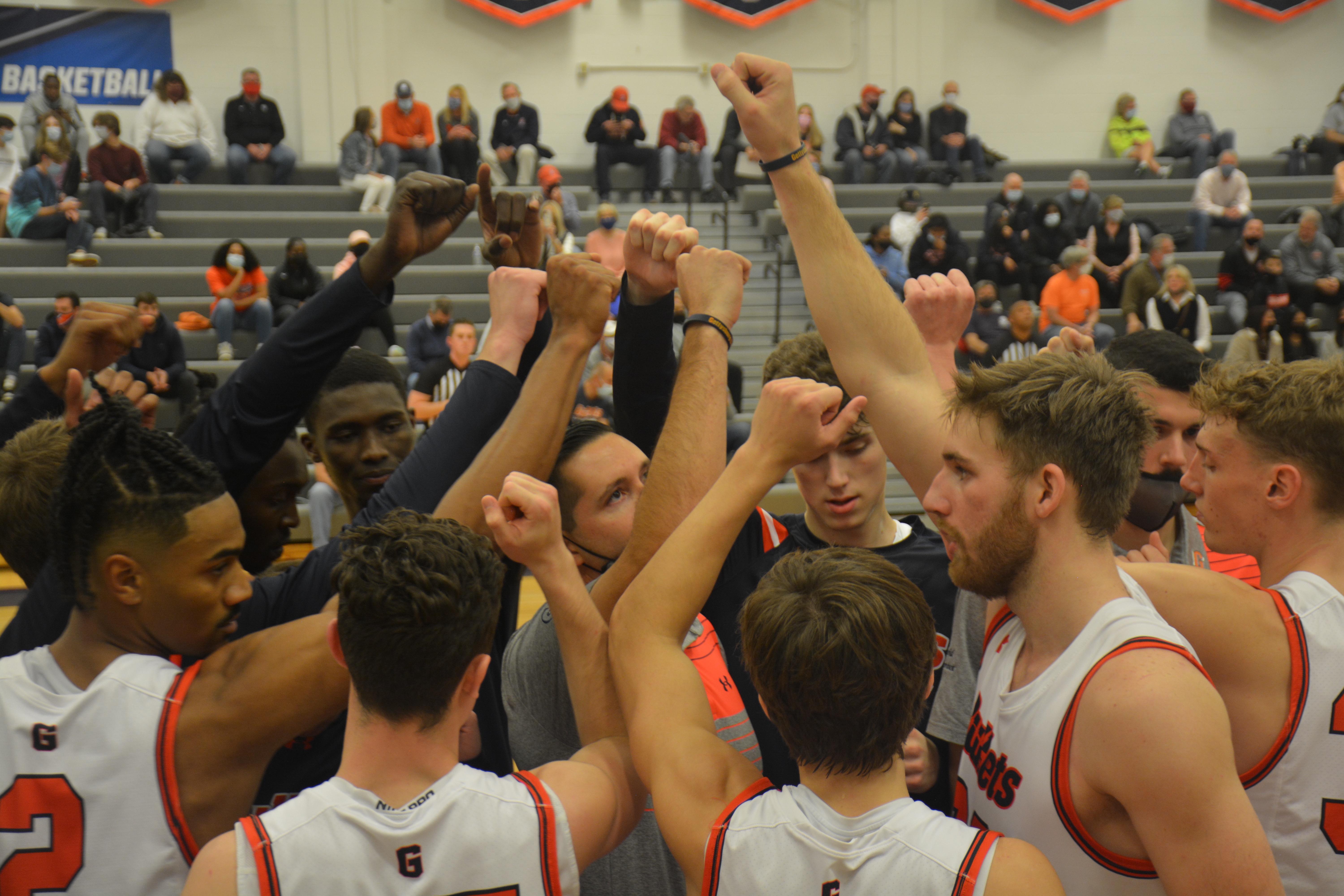 As the fall sports season comes to a close with the Centennial Conference Championships, the winter sports season starts to get going, and that means the long awaited return of Gettysburg basketball. COVID-19 has made it so the men’s and women’s teams haven’t been able to compete since March 2020, and they are both more than ready to once again kick things into gear and play the game they love.

The Men’s basketball team is hoping to use their time off to their advantage as they look to rebound from a 12-13 2019-20 campaign. A team now made up of mostly first and second year students, the men’s basketball team will have to essentially start over with two classes of new students to work with.

With that being said, Coach B.J. Dunne likes his team’s chances: “We are very excited about our group. Our coaching staff is incredibly proud of the resiliency and grit our team displayed this past year and a half. They stayed connected, continued to improve on the court & in the weight room and upped their investment in our culture. We have focused on getting better every day and truly appreciating the journey.”

There’s nothing quite like when a coach has full belief in his team, and Coach Dunne is a living example of that. “We are going to be a team that plays with ultimate trust, selflessness, lots of juice, and finishes strong,” he emphasized. “If we come to compete and pound the rock every day the results will take care of themselves.” The men’s team kicks off what they hope to be a special year when they host Mary Baldwin as their first opponent in the Gettysburg Tip-Off Tournament this Friday, November 12, at 6 pm in Bream Gym.

The women’s Basketball team is looking to continue their success and stage another stellar campaign after a fantastic 2019-20 season where they received a bid to the NCAA Tournament and fell just short of Centennial Conference Championship honors.

A team with a perfect mix of young and experienced talent, they will no doubt put themselves in a position to make another special run, and Coach Nate Davis is confident of that. When asked about his thoughts on the upcoming season, he said: “We are definitely excited about our potential this season to be a team that competes for the Centennial Conference Championship once again.”

“However, we realize we have a long way to go and that there’s a lot that we have to improve on to make that a reality,” he continued. “Not being able to play or even practice as a team since March 2020 due to COVID has definitely presented some challenges as we try to put things together for this upcoming season. Our schedule doesn’t do us any favors as we face some talented and nationally ranked non-conference opponents early on that were able to practice and play games last season.”

Coach Davis sees these early-season obstacles as a way for his team to grow. “We will need to focus on getting better each day, not getting discouraged by adversity and let our goals for the season continue to be our guide. We certainly believe that we can and will accomplish great things this season as long as we stay united.” Like Coach Dunne, Davis has belief and trust in his players and will look to build on their chemistry each and every game.

The women’s team will look to start on a positive note when they play Christopher Newport as part of the Goucher Tournament this Friday, November 12, at 7:30 pm.