Postcard from Abroad: Exploring the Mediterranean 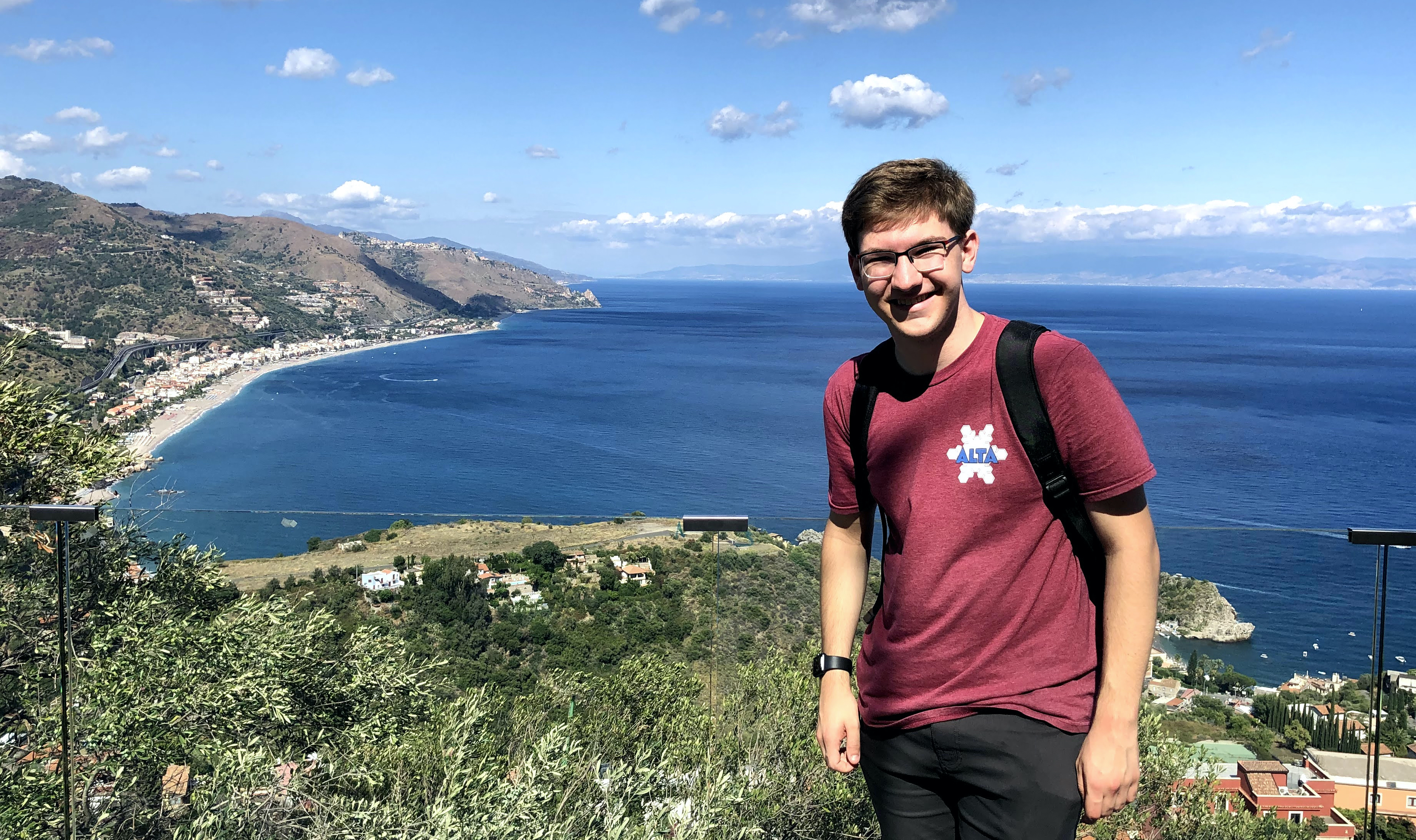 PALERMO – On Sunday, I climbed up to the Chiesa Madonna della Rocca, a small, granite-grey church at the top of a cliff, and I leaned against the stone railing facing toward the Mediterranean, thinking about how ridiculously lucky I was to be there. The church and its landing protrude from the top of a terraced hillside, looking like something out of a Wes Anderson film, except for the modern, tourist-ridden town at the base of the cliff and continuing off into the rolling hills behind. Below, I watched the orange-red roofs swelter in the Sicilian sun, the city of Taormina faintly buzzing with life. The faded red brick of a 2,500 year old Greek amphitheatre—expanded and renovated by the Romans—gleamed at the edge of Taormina, suspended on a ridge high above the cerulean blue sea.

I came to Sicily—the Italian island in the central Mediterranean between the European mainland and Tunisia—to study the European immigration system, which shares an ethos of inefficiency and cruelty with the American system. I am now a few weeks into my stay in Palermo, a city of about 1.5 million situated in the north-western corner of the island. In a week and a half, my study abroad program will relocate to Tunis, the capital of Tunisia; there, I’ll study democratic development and religious toleration in one of the few democracies in North Africa and the Middle East.

So far, what I’ve learned—in lectures on immigration law and in visits to non-profit and government organizations that aid refugees—is that the parallel between the American and European immigration systems runs deep. In both America and Europe, thousands of people leave their home countries for legitimate humanitarian reasons, as well as for economic opportunity. Additionally, both the United States and the European Union are bound by international law to respect these legitimate claims to asylum and cannot return migrants to countries where they would be in danger. And, finally, both have repeatedly failed to respect the human rights of refugees, bowing to a political current of fear and ignorance.

I draw this equivalence between the U.S. and the E.U. because it makes the experience of learning about European migration more meaningful to me personally. Thinking in terms of its similarity to the situation in the U.S. gives me a way to apply my education; it allows me to process all the suffering and injustice this program has exposed me to and to turn it into some kind of engagement—though I’m still trying to figure that out.

Because another thing I’ve learned while abroad is that I hate the idea of saviorism. What I mean by saviorism is the mentality that ‘this person is suffering, so I must alleviate their suffering’—but without including those suffering in the solution. It’s saying ‘I know best how to help people, but without asking them what help they need.’ Though it comes from a place of empathy, it transforms into a form of selfishness and chauvinism, as it doesn’t respect those it tries to help and it doesn’t treat them as humans.

Here in Italy, because migration is visible, I have to confront my privilege in a way I’ve never had to before. I am so lucky to be here, to climb the Rocca di Taormina and watch the sea and only have to worry about being at the station on time to catch my train back to Palermo.

But I think part of travel is knowing that you don’t deserve it. The feeling of not doing enough only increases when you learn more about the world, which drives you to do more. I don’t think that feeling ever really goes away, and that’s a good thing, because it keeps me moving—looking for a way to make a difference.

This article originally appeared on page 10 of the September 24, 2021 edition of The Gettysburgian’s magazine.