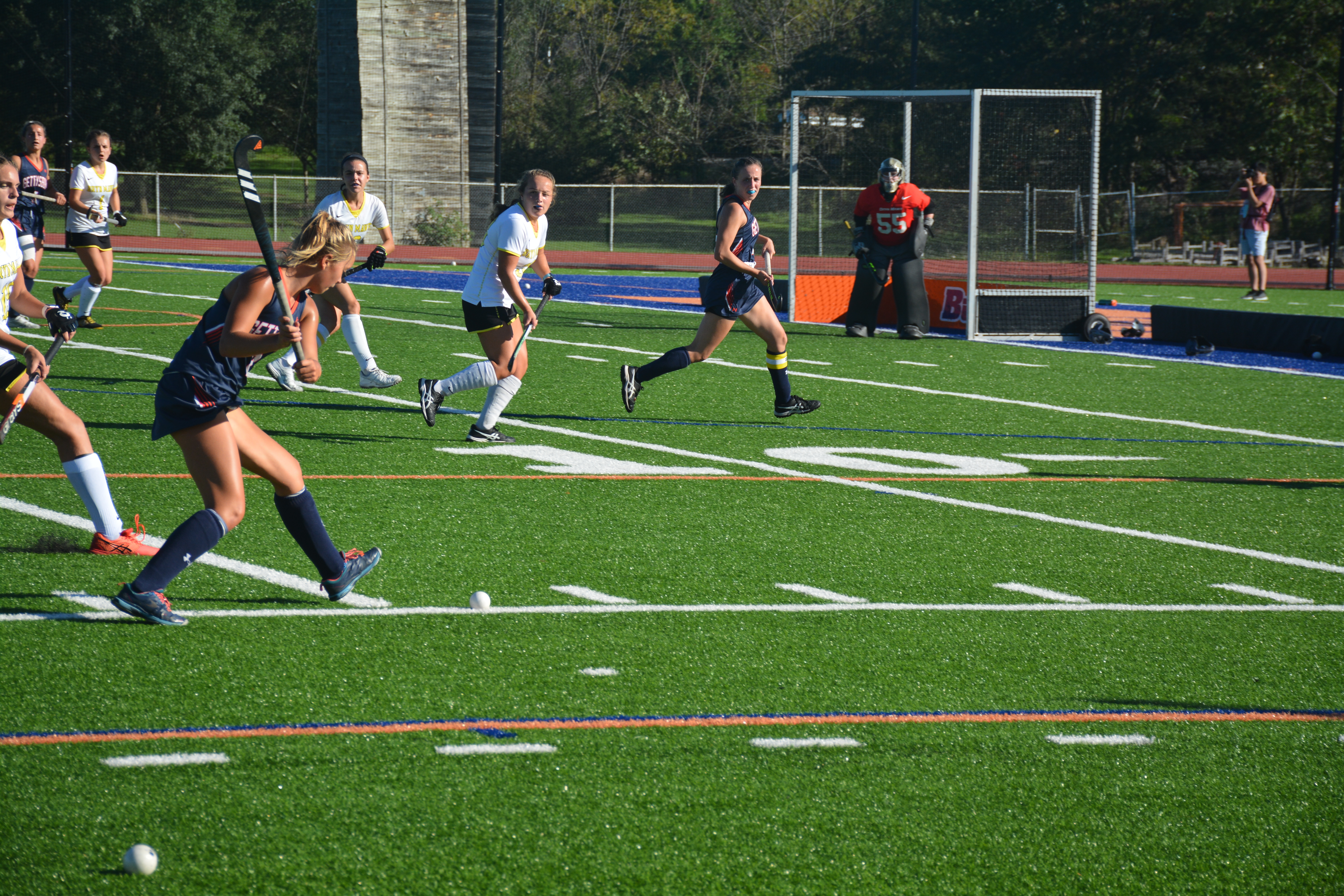 In the first quarter, Gettysburg controlled the field, tallying six shots on goal as well as earning four penalty corners. Henna Fraiman ’22 assisted the first goal of the game, passing it off to fellow senior Lauren Beccaria to give the Bullets a 1-0 lead. Bryn Mawr’s goalkeeper Maggie Titus saved two more shots to keep their deficit within one through the rest of the first.

The Bullets defense held strong in the second quarter as the Bryn Mawr Owls challenged Eileen Besselman ’22 at goal. Most of the Owls’ shots went wide except for a rocket by Sara Rilatt that was saved by Besselman, keeping the Bullets on top 1-0 going into halftime.

Each team came out of the break firing on all cylinders. The third quarter saw eleven shots combined between the Bullets and the Owls. Besselman and the Owls goalkeeper Thekla Jubinwille accumulated seven total saves, keeping their respective squads in the game. Towards the end of the quarter, Charlotte Lacey ’25 took a shot on goal that missed, but the Bullets received a penalty corner. The corner pass went to Emma Bertrando ’22, who quickly tapped it to the top of the arc. This set up first-year Alex Wenz, who was positioned right in front of the goalkeeper and netted her shot in the left corner, extending the Bullets lead to 2-0. 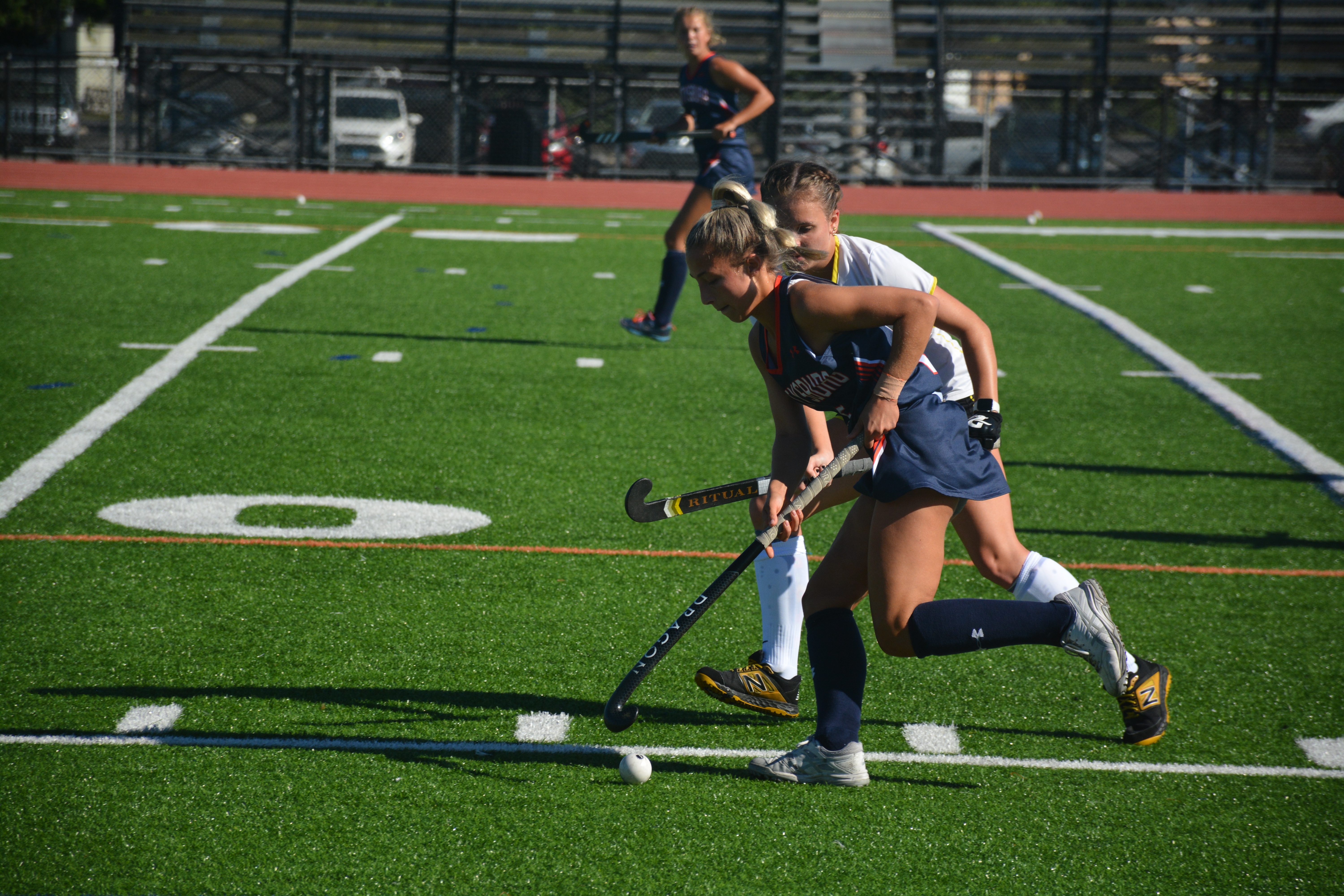 With Gettysburg leading all game, Bryn Mawr was forced to come back offensively. They found a groove and totaled six shots as well as five penalty corners in the final quarter. Meanwhile, Gettysburg was quiet offensively, taking no shots and focused on stopping the Owls attack. In the 58th minute of the game, one of Bryn Mawr’s players, Novy Goetgeluk, used the penalty stroke and scored, putting the Owls on the board.

In the final minutes of the game, Bryn Mawr decided to take their goalie out and add an extra player on the field to try to tie up the important conference matchup before time expired. With the extra player, the Owls forced a penalty corner in the last 18 seconds, but they failed to convert, allowing the Bullets to run out the clock and hold on for the 2-1 victory.

With their first Centennial Conference victory, the Bullets jumped to first place in the standings tied with four other teams in Haverford College, John Hopkins University, Ursinus College, and Dickinson College.

The Bullets played again 24 hours later in a non-conference game on the road against Kean University on Saturday, September 25th. The undefeated Cougars ranked fourth place in the country, snatched a 6-3 win over the Bullets.

The Cougars quickly got on top, leading the Bullets 2-0 in the first quarter, but Gettysburg came back strong in the second quarter, scoring three goals as opposed to the Cougars’ one and tying the game up 3-3 before halftime. Wenz scored two goals, both assisted by Bertrando, who also scored the third goal for the Bullets via an assist by Jenna Vadinsky ’23.

The Cougars came back after the break and scored three goals in the third quarter while silencing the Bullets’ offense. The fourth quarter was a standstill with neither team scoring, forcing Gettysburg to succumb to #4 Kean 6-3. 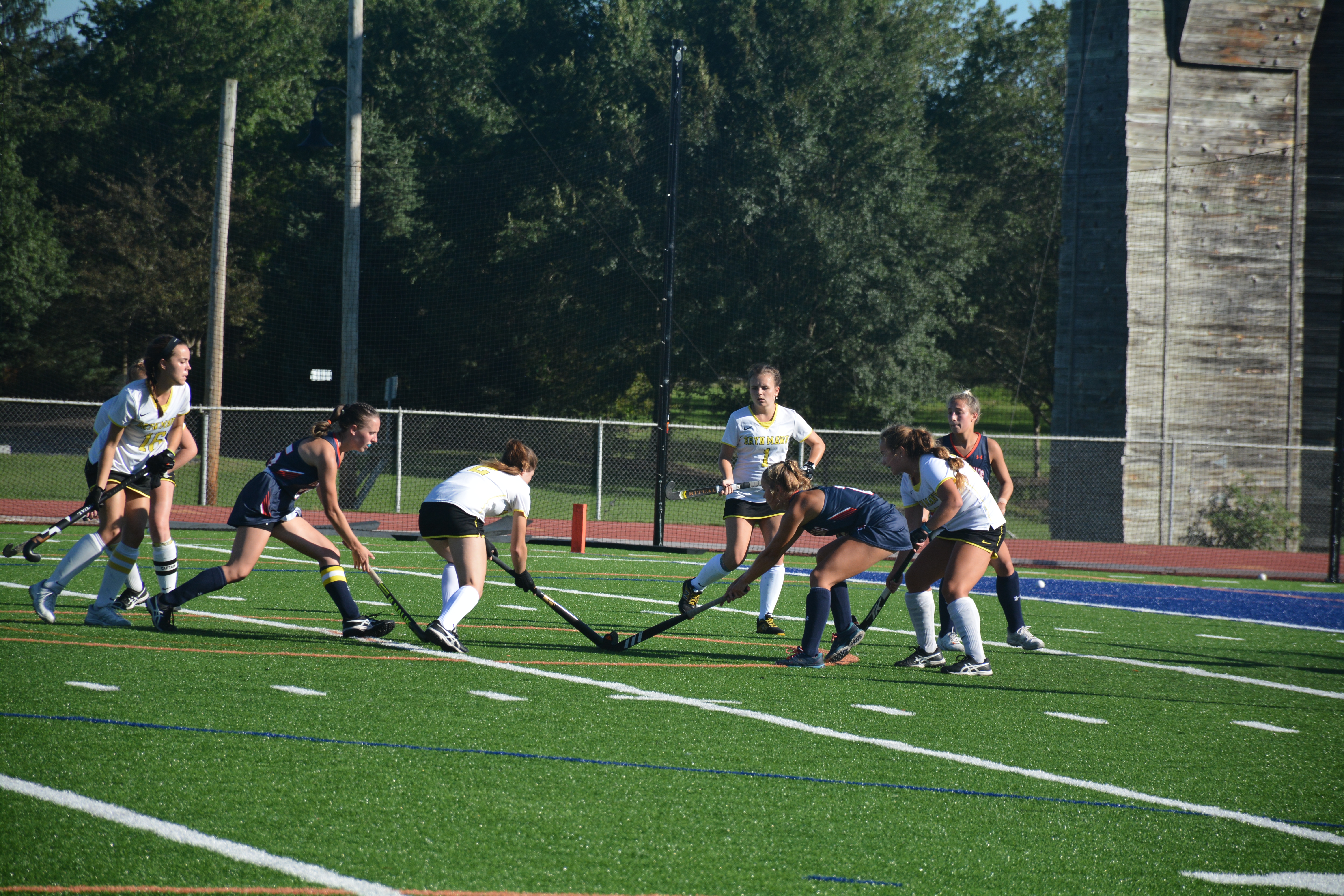 In an interview with senior Lauren Beccaria ’22, she spoke about the team’s goals this season, the previous game against Bryn Mawr, and the team’s dynamic.

“The team’s number one goal is to make the NCAA tournament in November. In terms of the Centennial Conference, we want to be the top team and win the championship,” Beccaria stated. “Our conference game on Friday was a great opener for the conference and playing against a skillful Bryn Mawr team prepared us for the upcoming games the rest of the season.

“Taking a season off due to COVID was an obstacle we had to overcome with two classes who had never played in a collegiate game before, but the girls stepped up and were ready to go from the start of preseason. Coming off a tough loss in the semifinals of the 2019 Centennial Conference Championship tournament, we were ready to get back after it and make a presence again with our new players. We are a young, talented, and passionate team.  Everyone pulls for each other, and because of that, we feel confident and prepared to win the big games this season.”

The Bullets are on the road again in a conference matchup against the Franklin and Marshall Diplomats on Wednesday, September 29th at 7 P.M. in Lancaster, Pennsylvania.