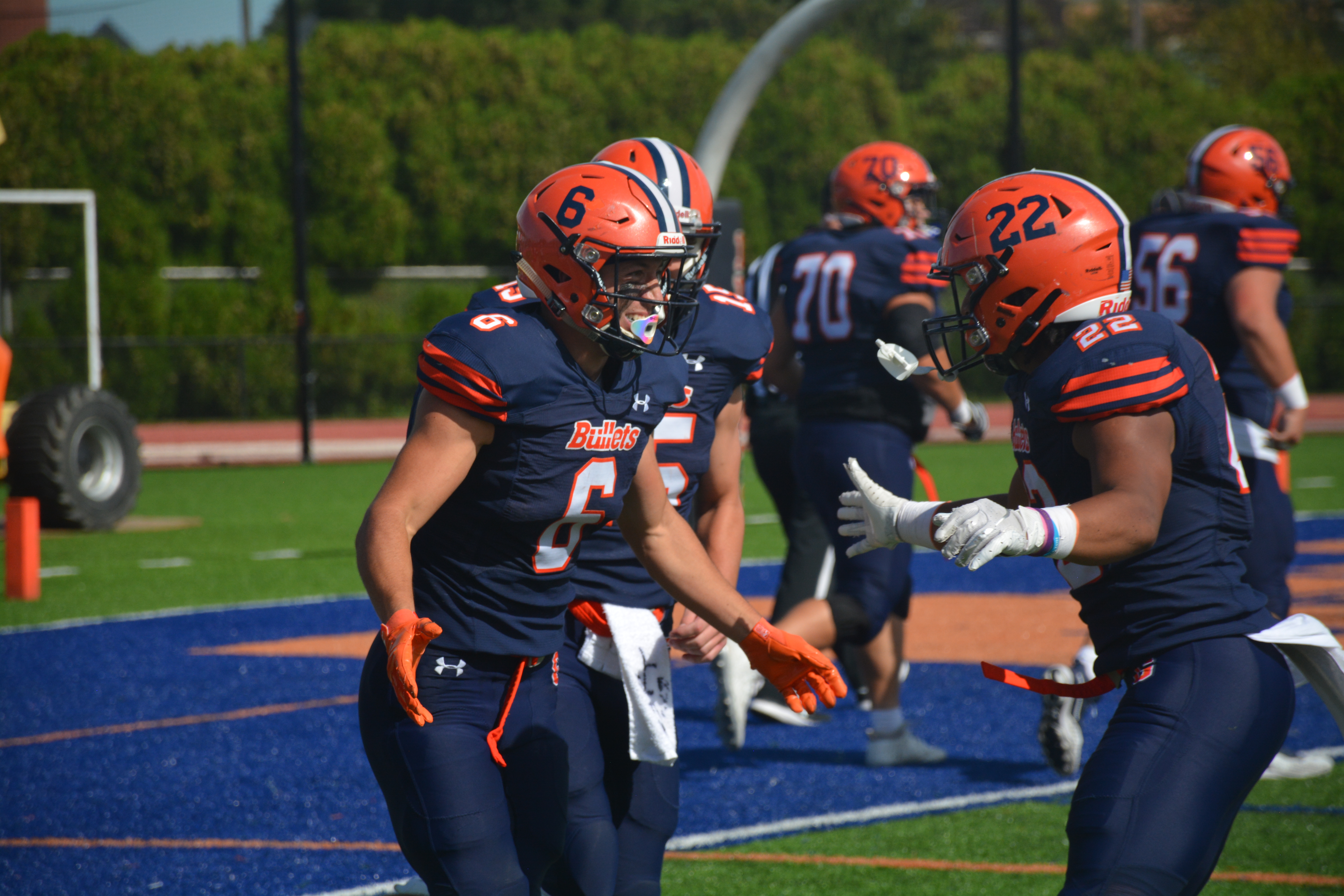 The Little Brown Bucket game between rivals Gettysburg and Dickinson has been an annual tradition for over 80 years, with bragging rights and, you guessed it, a little brown bucket trophy on the line. On Saturday, Sept 18, the Bullets traveled to Dickinson to compete in this highly anticipated matchup between two teams looking to get their first wins of the season. Unfortunately for the orange and blue, the Little Brown Bucket is going to keep its residence in Carlisle, as Gettysburg lost to the Red Devils and dropped their third straight game of the season.

Gettysburg’s defense looked promising early as it held Dickinson to a pair of field goals in the first quarter, despite two 68–yard drives on the first two possessions by the Red Devils. However, the defense failed to contain the Devils offense in the second quarter, with the home team piecing together an 80–yard drive that ended with a short touchdown pass to wide receiver Robert Geiss. Dickinson led 13-0 with a little over five minutes remaining in the first half.

Gettysburg struggled to convert and piece together drive the whole game. Quarterback Mason Stolarik ’23 threw two interceptions in the second quarter, one of them setting up a late first-half touchdown to Devils wide receiver Princeton Douglass, giving Dickinson a comfortable 20-0 lead going into halftime.

The Bullets could not catch a break, fumbling on their first possession of the third quarter. Running back Diante Ball capped Dickinson’s 52-yard drive after the fumble recovery with a three-yard rush into the endzone to make the score 27-0. It seemed there was a shift in momentum in Gettysburg’s favor when linebacker Mike Galaida ’22 picked off quarterback Caleb Pruitt later in the third, giving Gettysburg a shot with the ball. Inside Devils territory, wide receiver Max Schelling ’22 caught a 21-yard pass from Stolarik, but two plays later, Dickinson defensive back Alex Sulin also caught one, which documented Stolarik’s third pick of the afternoon.

Dickinson kept pouring it on, scoring on a 39-yard touchdown pass to Princeton Douglass for their fourth touchdown of the game. The blue and orange finally got on the board with a 44-yard field goal from Doug Cummings ’22, but hope was dwindling with Gettysburg down 34-3 with one quarter left to play.

Stolarik completed a deep 46-yard toss to Mike Vigliano ’23 in the fourth and managed to march his offense into enemy territory on two individual drives in the remaining minutes, but the Bullets were forced to punt and turned the ball over on downs respectively, sealing the victory for the Red Devils.

A rival loss stings the most, and it certainly stung hard after this brutal defeat. Nonetheless, second-year head coach Maurice Banks looks to lead his team to their first win of the season vs Juniata on Saturday, Sept 26 during Homecoming Weekend at Gettysburg.