MLB Midseason Recap: Familiar Forces Dominate the Field Going into the Second Half 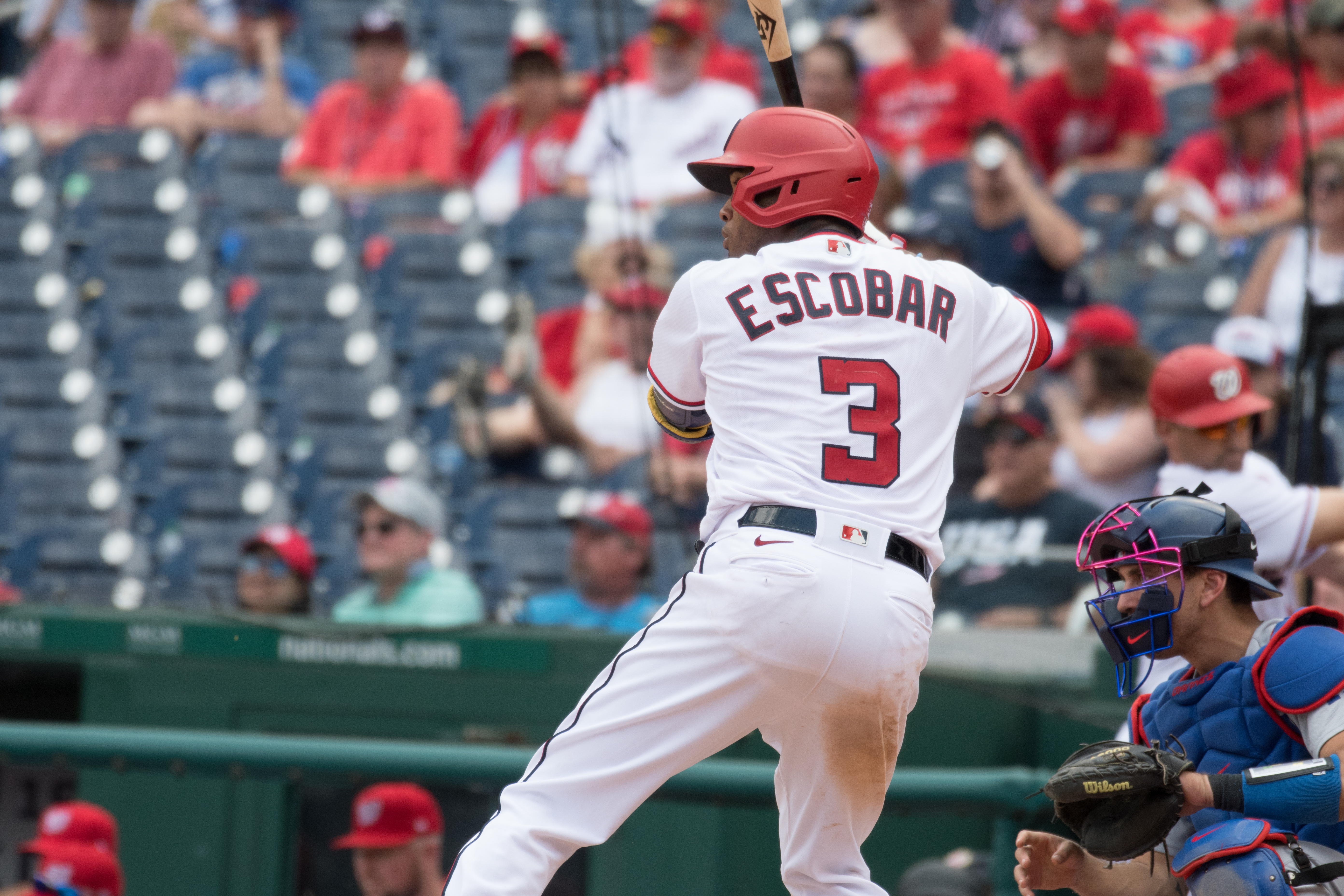 Alcides Escobar at the Nationals vs. Dodgers game on July 4th, 2021 at Nationals Park (Photo courtesy of All-Pro Reels Photography)

Midseason marks always come quicker than expected and serve as an indication to teams that the most important half of the season is soon underway. The first half of the MLB season did not underdeliver in any way, giving fans great competition with a variety of standout players.

Coming into the season, it was well known that the NL West would be the division to watch, consisting of a trio of talented teams, most notably the defending World Series Champion Los Angeles Dodgers, who recently bolstered their already stacked roster at the trade deadline with the additions of starting pitcher Max Scherzer and shortstop Trae Turner.

Additionally, the rising San Diego Padres, who jumped onto the scene in the 2020 season with a second place finish in the division, are here to stay. If they had not proven themselves enough last year, San Diego had one of the most successful off-seasons in the league, acquiring star-studded pitchers Yu Darvish, Joe Musgrove, and Blake Snell. They also locked in their MVP caliber shortstop Fernando Tatis Jr. for another 14 years in a blockbuster contract extension. Even after all of this though, the Padres still trail the first place San Francisco Giants by six games at the All-Star Break.

It is safe to say that the Giants have been a major surprise this season, asserting dominance out west. Their success has been driven by split finger genius Kevin Gausman, Anthony Desclafani and his dirty slider, and of course, veteran catcher Buster Posey. All-star shortstop Brandon Crawford is also having himself a year, batting .286 and on pace for over 100 RBIs. San Francisco currently holds the best record in the majors and looks to keep defying the odds.

While the NL West heats up, one of the more disappointing divisions thus far is the NL East. What was supposed to be one of the most competitive groups in baseball, has turned out to be one of the lousiest. Case in point, the struggling Atlanta Braves. The squad came into the season fresh off of a 2020 NL East first place finish, with key contributions coming from stars like Marcell Ozuna, Freddie Freeman, and Ronald Acuña Jr. However, the tides have turned, and the Braves find themselves in third place, struggling after losing Acuña to a season ending ACL injury.

Sitting atop this division is the New York Mets, who are certainly playing good baseball but given a significant cushion in the mediocre NL East. New York is the only team above .500 in the East, and they are practically ensured a win every fifth day when Jacob deGrom is on the mound. DeGrom is having a historical season, as he has consistently had the lowest ERA in the MLB, hovering around a 1.00, and even dropping as low as 0.50 at one point in the season. His fastball is thrown in the triple digits throughout the game and his slider makes opponents look foolish. He is on track for the third Cy Young Award of his career if he can avoid his minor nagging injuries.

Trailing these Mets are the second place Philadelphia Phillies, who could make a run at the division title if they play their cards right. The Phillies trail New York by only 3.5 games at the break and have seen dominant pitching from Zack Wheeler, and great bats from Jean Segura and Bryce Harper. There is definitely still time for Philly to try and make a playoff run, but key pieces and front office moves are needed to ensure this.

Over in the AL, the Chicago White Sox are living up to their expectations. Chicago is dominating the AL Central, with electric offense coming from the likes of José Abreu, Tim Anderson, and Yoán Moncada. Abreu already has over 70 RBIs and Anderson has 16 stolen bases on the season. Their bats are not the only bright spot though, as White Sox pitching has also been great. Starter Lance Lynn owns a 1.94 ERA and closer Liam Hendriks has recorded 23 saves so far, which is tied for second most in the league.

While on the subject of outstanding pitching, it is hard to ignore the 1-2 punch that the Milwaukee Brewers provide with Brandon Woodruff and Corbin Burnes. Both have WHIPs under 1.00 and both are in the running for the NL Cy Young. The first place Brewers can make some serious noise in the postseason if these two keep it up.

One of the biggest storylines this season so far has been the sheer talent that Shohei Ohtani displays every night for the Los Angeles Angels. Ohtani leads the league in homeruns and is also pitching to the sweet sound of a 3.04 ERA. If that is not enough to prove that he could run away with the MVP title this season, Ohtani also has 15 stolen bases, making him the first player in history to have at least 37 homers and 15 stolen bases before the end of July. The MLB has not seen a player like him since Babe Ruth, so it is safe to say that Ohtani is in pretty good company.

At the midway mark of the 2021 MLB season, we have a pretty good idea of which teams could make a postseason run, and which teams should start looking towards pitchers and catchers in February. Nonetheless, the final push starts now.