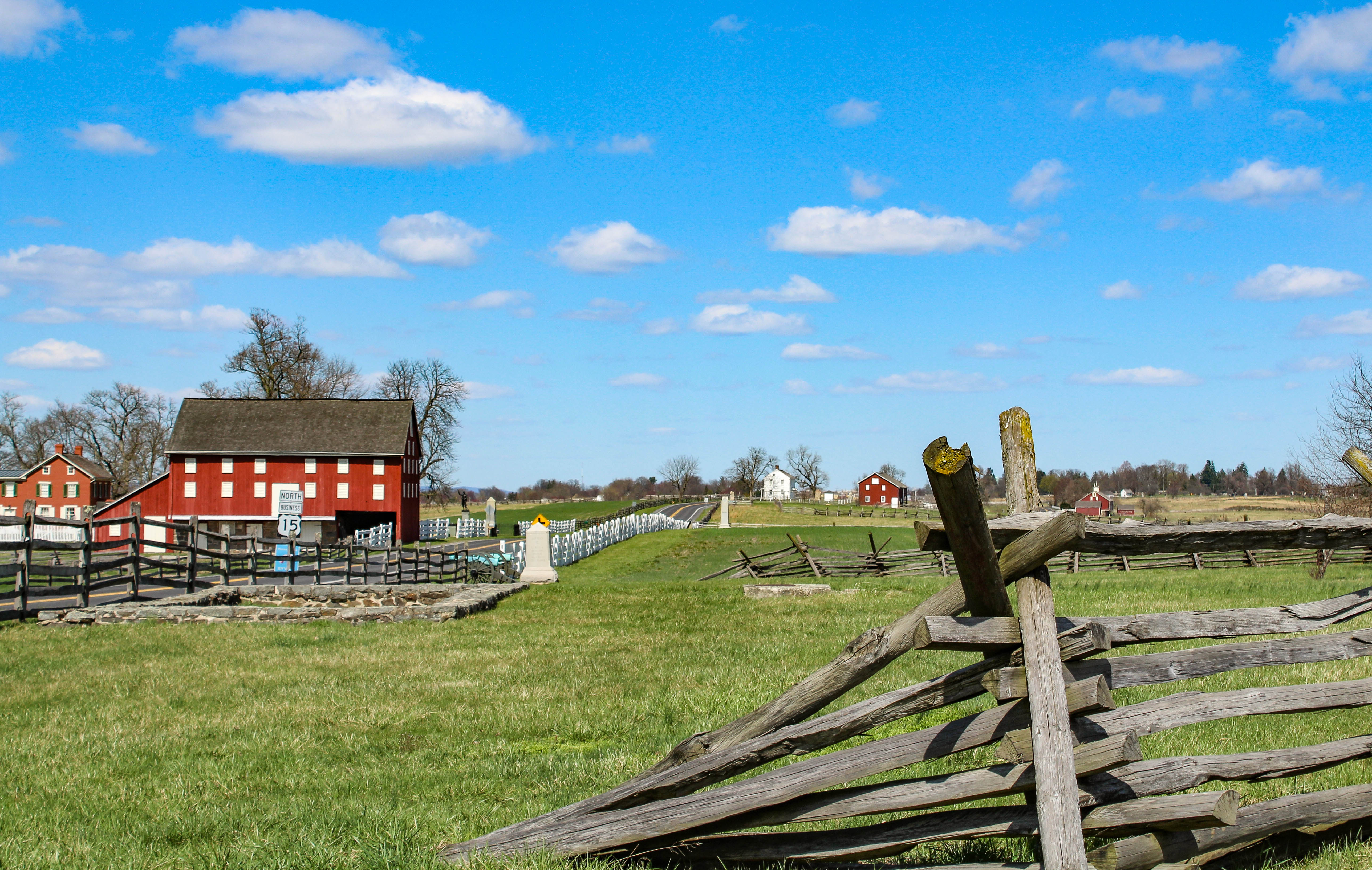 Gettysburg is unlike any other small town in America. Because of its unique position in our nation’s history, it is forced to navigate the past and future alike with equal attention. The conversation between history and our present experience is on full display around town. Gettysburg College students pass a 150-year-old cannon on their walk to class. A new Black history museum competes with neo-confederate “southern heritage” shops for market space. And 158 years after the Battle of Gettysburg, Confederate flags are still flown throughout town. It’s strange to see these flags flying at the site of the Union’s most famous victory.

And yet, in the months following the murder of George Floyd, anti-Black Lives Matter protestors flaunted the “Stars and Bars” in the town square. The protests and counter-protests following the 2020 deaths of George Floyd, Breonna Taylor, Ahmaud Arbery (among countless others) reminded Americans and Gettysburgians of the realities of racial inequality. But how, in a town where Confederate iconography runs rampant, can we address it? How do we begin to move forward?

By looking at the history of racial justice in Gettysburg, we witness a number of stories that exemplify Frederick Douglass’s idea that “if there is no struggle there is no progress.” The town and its residents have always been a part of the struggle for equality.

Basil Biggs was a free resident of Gettysburg who is most famous for helping retrieve and rebury dead soldiers in the National Cemetery. However, new scholarship by Gettysburg College alumnus John Rudy has revealed Basil’s role in the fight for civil rights. During the election of 1870, Basil was working at a polling location when he noticed that poor white citizens were being driven to vote. Noticing that no Black citizens were being provided the same transportation, Basil took matters into his own hands and began to search out black voters who could not travel to vote. With only a wagon, Basil drove Black citizens to the polls and ensured that they would be able to express their right to vote, only recently enshrined by the 15th Amendment.

This struggle occurred after equality was supposedly achieved. The Civil War had been fought over the issue of slavery and ended with freedom for all enslaved Americans. But an honest assessment of the legacy of Gettysburg reveals that rights gained could be rights lost. Though the right to vote was nominally protected by the 15th Amendment, it was not well-enforced; it required the continued struggle of Basil and many others to ensure that justice was fully realized.

Again and again, the Black community in Gettysburg had to act not only to achieve progress, but to maintain it. In the 1920s, the Ku Klux Klan staged rallies in town and stayed at the Hotel Gettysburg. In 1924, as Black Gettysburgians fought to integrate Gettysburg schools, the Klan erected a cross in the yard of William Biggs, Basil Biggs’s son. Further, while the Klan intimidated and threatened people of color in town, the city government bought segregated parks for children.

The struggle for progress continued as integration finally took shape in Gettysburg. In 1956, Rudolf Featherstone became the first Black graduate of Gettysburg College. Alumni Phil “Snuffy” Parsons and Myra T. Herron advocated for representation and opportunity on campus. Their work continues, and the campus community remains dedicated to the unfinished work of equality in Gettysburg. This past summer, professor Scott Hancock received national attention for his calls for more history on the battlefield.

In the spirit of shaping the future, what lessons can we draw from Gettysburg history? Certainly not that issues of racial justice in Gettysburg or the nation were resolved after the Confederacy was defeated. But neither should we be misled to believe that progress is impossible. Instead, we ought to remind ourselves that progress is only ever the product of struggle. When we reflect on the privileges that we enjoy today, we should be grateful not only for the people who died on this battlefield in the name of freedom, but also for Gettysburg’s minority communities, who fought and continue to fight battles for economic, educational, and social justice.

The racial injustices and indignities that took center stage in cities like Minneapolis, Louisville, and Kenosha last summer—like Gettysburg in 1863—disrupted the peaceful, day-to-day lives of otherwise unaffected white Americans, who, benefitting from racial privilege, often forget that the American Dream has for far too long rested on the backs of Black Americans.

“Generating a meaningful plan to move forward requires stepping away from what is behind us. But at the same time, we cannot forget our past.”

But change never comes if we choose order over progress. As Frederick Douglass intoned, “those who profess to favor freedom and yet deprecate agitation are men who want crops without plowing up the ground; they want rain without thunder and lightning.” The historical record informs us of the necessity of John Lewis’s “Good Trouble.”

Efforts to contextualize the monuments on the battlefield will bring conflict. There will be people who fight back with passion, anger, and perhaps violence. The city should take steps to limit the proliferation of Confederate iconography, despite inevitable backlash and temporary economic effects. The town’s businesses should not wave or sell the same flags which Klansmen flew here a century ago. By allowing Confederate flags to wave in our streets and be sold in our shops, our businesses participate in an intimidation campaign the Klan originally mobilized. The community cannot effectively advocate for equality while turning a blind eye to the hate symbols which surround us.

Gettysburg’s history reminds us that progress is only present when we protect it. In light of legislation passed last month in Georgia that creates additional obstacles to Black suffrage, we cannot rest on the laurels of past elections and legal victories. Instead, we must be vigilant and aware, and committed to the maintenance of justice—not just its nominal accomplishment. As school boards across the nation obscure history by eliminating curriculums that focus on the struggles of people of color and the LGBTQ+ community, we must shoulder the burden of the struggle for progress.

It would be foolish for us to only interpret our present moment through the lens of this small Pennsylvania town, a single battle, or the Civil War alone. Generating a meaningful plan to move forward requires stepping away from what is behind us. But at the same time, we cannot forget our past. Gettysburg holds a unique place in the American story and should continue to inspire the fight for the nation’s “unfinished work.”

This article originally appeared on pages 22 and 23 of the April 13, 2021 edition of The Gettysburgian’s magazine.