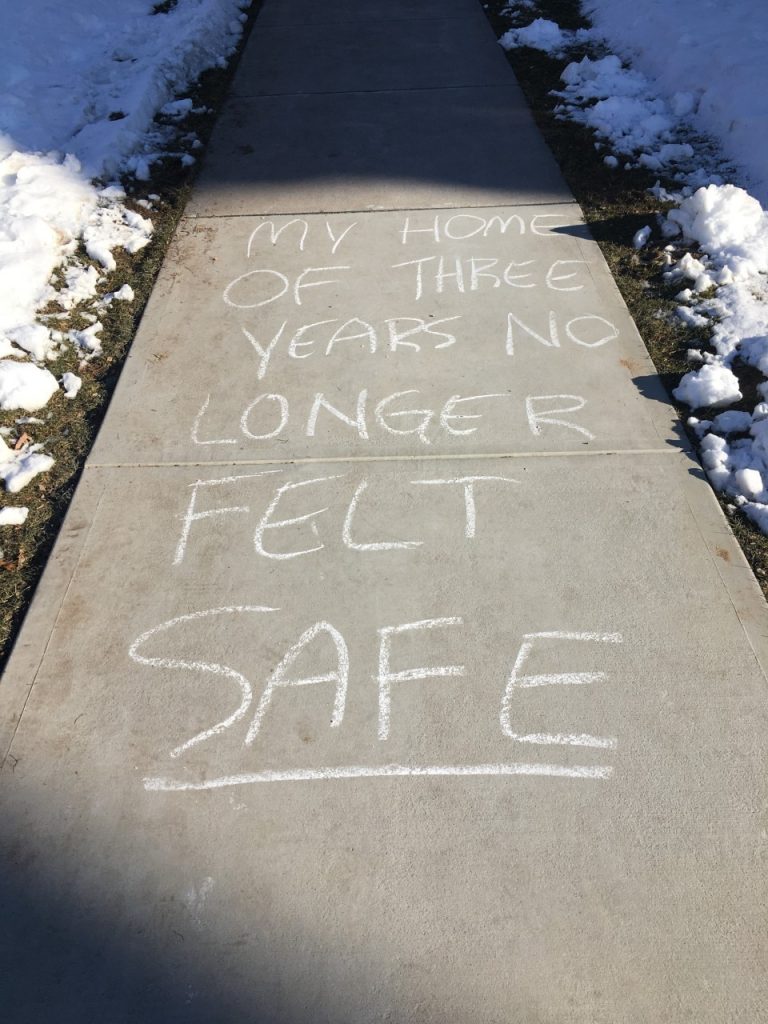 Messages were written on sidewalks across campus to amplify the voices of campus survivors. (Photo courtesy of Emma Love ’22) 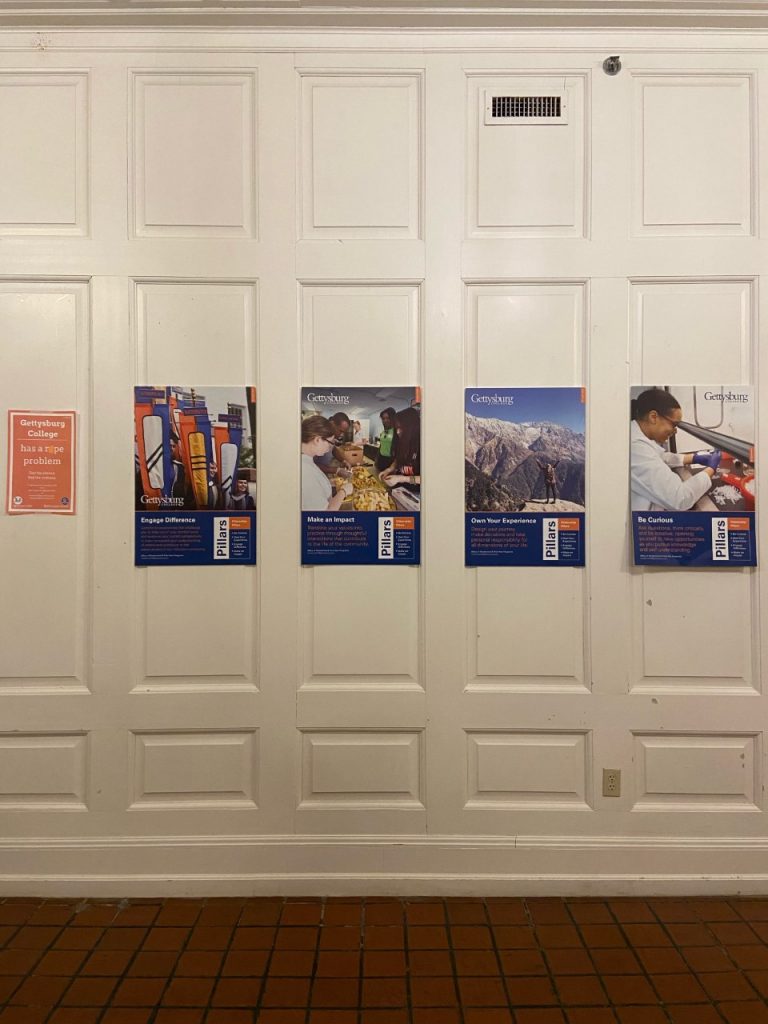 “Our goal with this protest was to draw attention to the issue of campus sexual assault here at Gettysburg, specifically the prevalence of administrative apathy,”  said Emma Love ‘22, one of Survivors of Gettysburg’s founders.

Love explained that more than 20 individual students ordered posters, and many houses and sororities on campus ordered in bulk for their organizations.

“We believe that we have a supportive community backing us,” she continued. Love also noted that many people volunteered to help hang signs and others donated money and supplies.

The posters could be seen in windows in residence halls and hung on a line in front of Plank Gym. Around campus, students had written messages about their sexual assault experience in chalk on sidewalks. Some asked the college to take stronger action to protect victims. One chalk message began with footprints leading to each part of the student’s story. “Take a walk in my shoes,” it read. 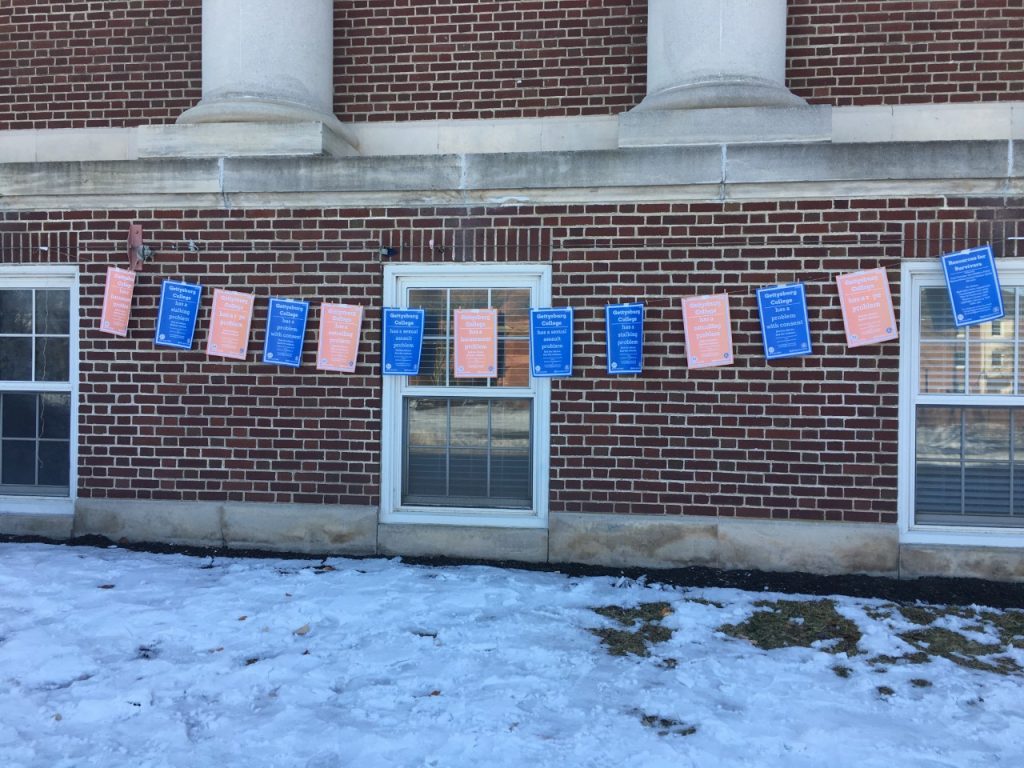 Since the protest, the College responded in a CBS article that counseling services are available to in-person and remote students and an amnesty policy is in place for students reporting an assault who were violating college rules at the time. The Instagram account for Survivors of Gettysburg responded to these claims beginning with “Gettysburg College Has a Problem…And Can’t Seem to Admit It,” asking for a clear amnesty policy on the College website as well as social media, better counseling options for remote and out-of-state students, and for the reinstatement of a Victim Services Advocate.

“The College stated that they were still making resources and counseling services available to remote students during the pandemic. They lied,” said Survivors of Gettysburg in their Instagram post. “The College told CBS that they maintain an amnesty policy for anyone reporting sexual misconduct while violating COVID-19 protocols. They never told us this.”