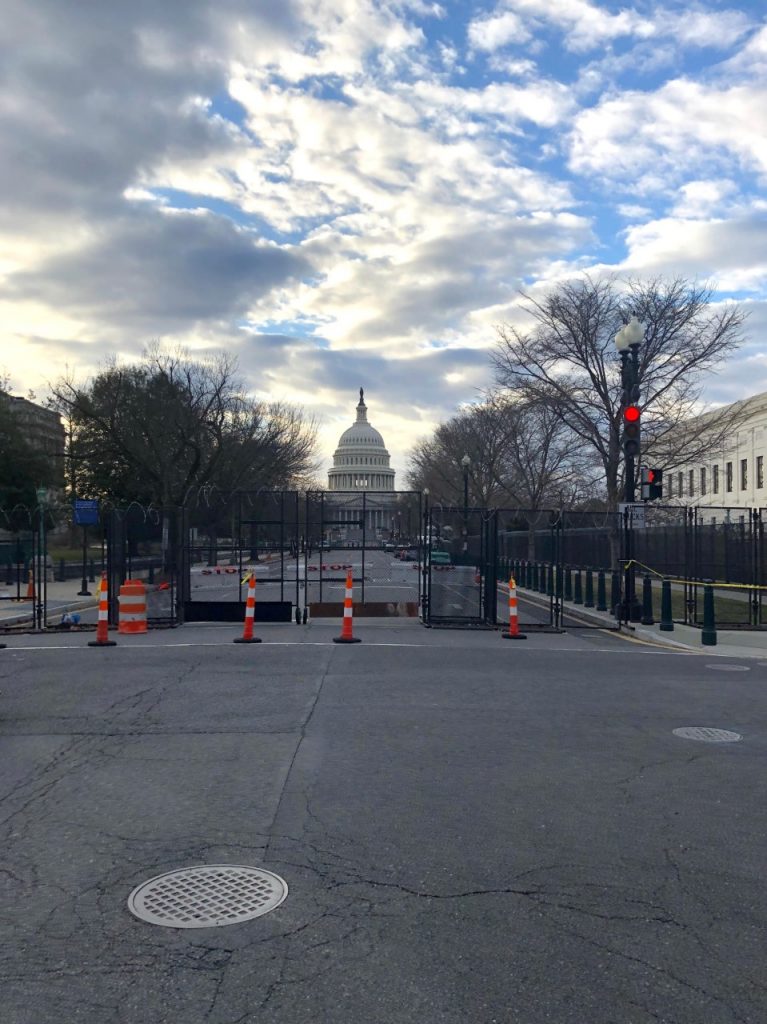 The Republican Party has become, through the gradual rise of the far-right and its embrace of destructive conspiracy theories, the party of untruth and authoritarianism. Most recently illustrated by the Jan. 6 storming of the U.S. Capitol, this dangerous brand of politics directly threatens American democracy. President Biden and the Democratic Party have a rare opportunity and a solemn duty to right the ship of state by championing democratic renewal, not just through calls for unity but by taking actions to strengthen the institutions of the republic. The filibuster (which essentially prevents the Senate from passing any bill of substance with less than 60 votes) is the most important obstacle in passing reform; thus, the filibuster must be abolished if the healing our country so desperately needs is to occur.

Put frankly, the country is splitting in two: half the nation living in reality, the other half gradually drifting away from the idea of truth as observable and self-evident. This potentiality is built into the democratic model: freedom of speech is often interpreted as giving license for people to speak so freely, to paraphrase Carl Sagan, that their brains fall out. That freedom is one of the beauties of the American system, but what sets the U.S. apart from the founding ideal and much of the democratic world is that one of the two major political parties openly embraces conspiracy peddling.

Take, for example, Representative Marjorie Taylor Greene: Greene has harassed Parkland shooting survivor David Hogg, agreed on social media that Parkland and Sandy Hook were hoaxes, called for the execution of prominent Democrats like House Speaker Nancy Pelosi, and argued that California wildfires were caused by a Jewish-controlled space laser.

The sad truth is that more of today’s GOP is serving as the political wing of QAnon and the far-right than as traditional, center-right conservatives—or the McCain-Romney wing. While ten Republican Representatives voted to impeach former President Trump in January, this week more than six times that number voted to remove Liz Cheney, the highest-ranking Republican to vote to impeach, from her position as the No. 3 House Republican.

Of course none of this should be new or surprising: the presidency of Donald Trump—wild, manic, deranged, and destructive—is the most obvious indicator of the GOP’s authoritarian, fantasy-based trajectory.

But the Trump era is now over, and President Biden must prove by example that responsible governance is superior to right-wing nihilism—that we all inhabit the same universe, regardless of the speechifying of Fox News pundits, and that the government must act according to common reality.

The challenge is to prove this before November 2022, the midterm elections. Democratic odds in the election are complicated by the historic reality that the governing party almost always loses seats in midterms, which Democrats cannot afford because of their 0-seat majority in the Senate. The silver lining, however, is that Democrats have their first governing trifecta—controlling the presidency, the Senate, and the House—since 2010.

What all of this means for President Biden’s legislative agenda is that it all comes down to a decision between abolishing the filibuster or letting Joe Manchin and Kyrsten Sinema hold hostage the largest voting rights bill since the Civil Rights Era. Choosing the latter will sink the Democrats in 2022, which poses a grave danger to our governing institutions. It also means a renewed threat of violence like we saw on Jan. 6, directed not just at the Capitol Building, but also at what it represents: American democracy.

Most Americans do not buy into Trumpist rhetoric—not just because Trump lost the popular vote twice (he lost in 2016 and 2020 by a combined 9.9 million votes), but also because in a system more democratic than our own, Democrats would have far greater majorities in both houses of Congress. For example, if the number of Democratic seats in the Senate mirrored the number of Americans who voted for Democratic candidates for Senate since 2016, Democrats would have a majority of about 55 seats. A proportional Senate would put Democrats within striking distance of breaking a filibuster, if they can get moderate Republicans (Collins, Murkowski, Romney, possibly Sasse and Toomey) on board.

The unfortunate reality is that a proportional Senate, or Senate reform of any kind, is a long way off. There are, however, a few things Democrats can do to save their party from political devastation in 2022, and with that save the republic from the control of authoritarians like Donald Trump and Marjorie Taylor Greene.

D.C. statehood is the closest it’s ever been to becoming a reality, and it should be a top priority for Congress. Residents of the U.S. capital have no congressional representation, limited local political rights as Congress plays a large role in district administration, and could not vote for president until 1961. If ever there was a cause to appeal to the American spirit of democracy, of states’ rights, and of taxation with representation, D.C. statehood is just that, and Republicans and Democrats should be united in righting this wrong inflicted on the beating heart of American civic life. To that end, it is also long past due to grant statehood to Puerto Rico, which has repeatedly expressed its desire to become a state.

Giving statehood to D.C. and Puerto Rico would go a long way towards course-correcting the disproportionality and dysfunction of the Senate, but this reform must go hand-in-hand with reform focused on the U.S. House and access to the ballot box; HR 1 or the For The People Act is just that.

Most importantly, HR 1 would essentially end gerrymandering. If HR 1 is not passed before 2022, gerrymandering will be a serious hurdle for Democrats in the House, as Republican state legislatures are set to gerrymander many Democrats out of power in states like Texas, Georgia, Florida, and Ohio.

I advocate for D.C. and Puerto Rican statehood and the passage of HR 1 not because I believe Democrats should have advantages built into the system but precisely because Republicans already do, and the consequence of this reality is that right-wing extremism has increasingly become the GOP’s political platform. The split through the middle of America was not caused by both parties bending to the will of their extreme wings, but because the GOP has ceased to be a big tent, (lower-case d) democratic party. It has become a near-monolith, with a only tiny minority of Republicans staying the center-right course, such as Senate moderates like Murkowski and Collins and the never-Trumper Lincoln Project.

To achieve any of this, the only option is to end the filibuster. I understand the sentiment that the filibuster forces Democrats and Republicans to cooperate to achieve large pieces of legislation; I hear the argument that going it alone for the Democrats will not unify the country. But, in truth, Democrats have been going it alone since the Bush Administration. And if moderate Republicans’ insulting $600 billion counter proposal to President Biden’s $1.9 trillion stimulus package is any indication, even the shrinking caucus of moderate Senate Republicans is not really willing to compromise.

Constructive bipartisanship requires both parties to be willing to work together. Though laudable in theory, Republicans have long since killed bipartisanship in practice. Thus Democrats are at an impasse: either Democrats bite the bullet and kill the filibuster, painting them as partisan hacks but paving the way for substantial reform, or try working with Republicans, who will not cooperate and will kill any Democratic legislation brought before the Senate.

Our nation needs to heal. But we cannot do so without recognizing that the national division and the pain most visible in the storming of the U.S. Capitol was caused and inflicted by the Trumpian cult of personality. This recognition carries with it a burden of reform, the passage of HR 1 and D.C. and Puerto Rico statehood being necessary for the rectification of democratic injustices.

To this end the filibuster must be abolished, both as a necessity to enable substantial progress and as a symbol of the Republican Party’s stubborn anti-centrism and ideological radicalization. If the GOP wants bipartisanship, they have to start acting within the truth, rather than embracing pseudo-reality, fake news, and, as Saturday Night Live once put it, “feel facts.”

Carter Hanson '23 is a political science and philosophy student at Gettysburg College from Boulder, Colorado. He is the Opinions Editor of the Gettysburgian, a member of the Pennsylvania Citizen's Map Corps, the Treasurer and Secretary of Fourscores acapella, and the Vice President of Political Outreach of Gettysburg College Democrats.