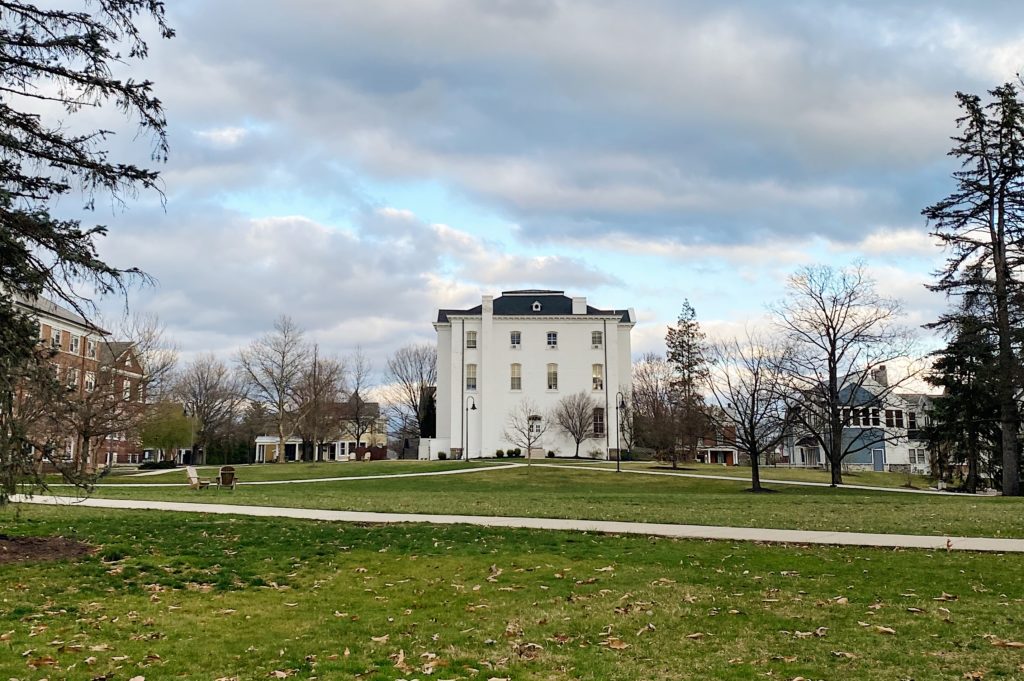 This week in 1966, the College Machine Room was open to all students and faculty on Mondays that semester and had a total of twelve hours a week it would be open. The Machine Room housed the college’s collection of calculating and adding machines. Various departments on campus made it possible to create such a room, including the Economic and Business Administration Department, the Mathematics Department, and the Department of Psychology. The room had a total of thirteen calculating machines and five adding machines. They encouraged faculty to send their students to the room to make calculating a lot easier.

This week in 1976, there was a record number of first-years who rushed fraternities. Of the 82% of the 306 first-years, 251 first-years rushed into the thirteen fraternities on campus. The average number of pledges that each fraternity took was nineteen. Between 1970-1976, Gettysburg each year had at least 58% of first-years who pledged. Some at the college thought the Class of 1979 was more social than other classes and wanted to get involved with the fraternities. However, there were still many options for social engagements on campus for everyone, besides joining Greek life.

This week in 1986, the college decided to create a new club on campus—the Hillel. The college only had about one percent of students who were Jewish on campus, and at other liberal arts colleges in the US, about 11% of the student population was Jewish. Gettysburg hoped to have more diversity on campus by introducing Hillel. Hillel is an international Jewish student organization which was established in 1932. By 1986, Hillel was the largest Jewish student organization, with approximately 400 chapters around the world. The college hoped to grow the organization on campus, and today, it is still found on campus.