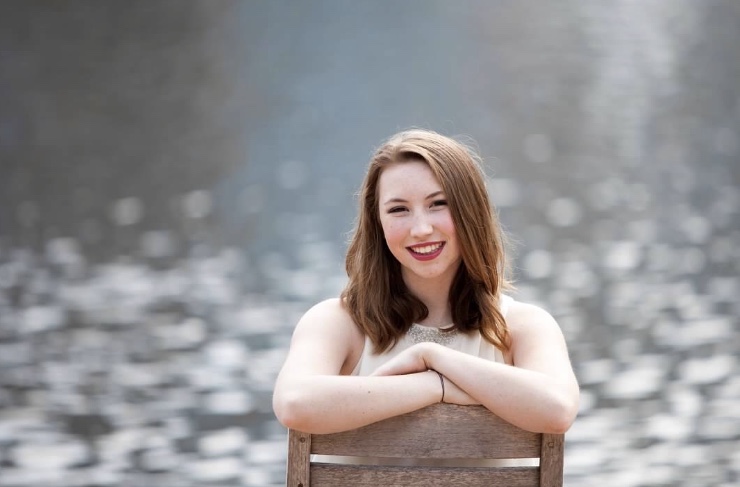 The other day I learned that Gettysburg College has decided to increase tuition for the 2020-2021 academic year, despite the current economic crisis. They have increased the cost of attendance by 3.75%, amounting to a whopping $72,460 a year. For reference, Harvey Mudd College, which has the highest comprehensive cost of attendance in the United States at $75,003, only costs $2,543 more per year than Gettysburg College. There are many problems with this decision.

First, they have chosen to do this amid a public health crisis and a massive recession. Undoubtedly, the school has suffered as well, but they are hurting those who the school was designed to help: the students. Their mission statement is as follows:

“Gettysburg College is a residential, undergraduate college of the liberal arts and sciences that prepares students from across the nation and around the globe to pursue lives of personal and professional fulfillment and to engage the complex questions of our time through effective leadership and socially responsible citizenship.”

Read that last phrase again: “Engage in complex questions of our time through effective leadership and socially responsible citizenship.”

What part of exploiting students (most of whom are already going to be in debt for decades to come, which will undoubtedly harm their chances of surviving and more importantly thriving in an ever-inflating economy) is socially responsible? The school wants us to engage in complex questions, and the question of financial ethics amid a public health crisis certainly is a complex question, yet they exclude us from the conversation. Their response has been severely lacking, and their mission statement feels more hypocritical than usual.

On the same page, they state that the mission is rooted in a few core values of the institution, one of which is: “The commitment to a diverse and inclusive learning environment.” An institution that increases their cost of attendance to such unaffordable levels are catering to those who come from extreme wealth and positions of privilege. By making Gettysburg less accessible to those who cannot afford such obscene prices, the college is effectively diminishing the presence of a diverse and inclusive community on campus. By doing this, they are not only harming their own statistical standing regarding diversity initiatives, but they are taking part in the systemic exclusion of oppressed communities in higher education. By making that community smaller, those who do remain will likely struggle more to connect to other students and have a harder time feeling like they can fit in at Gettysburg.  This only serves to hurt our community by depriving it of those who have worked the hardest to be there.

Another value they tout is: “The value of ethical leadership that is inclusive, collaborative, and directed towards effecting change for the greater good.” How does this help the greater good? How is this ethical? How is their lack of communication at all reflective of a collaborative leadership style? Millennials, who make up the majority of the American workforce at the moment, have suffered the most as a result of the pandemic and ensuing recession. By the time those of us born from 1998-2003 are graduated and in the workforce, imagine how much worse it will be. We have lived through two of the worst recessions in modern American history (2008, 2020) and in such a short time span that our generation has been labeled by the losses we have experienced. Many of us have lost our jobs this summer or had to find new ones late in the season, resulting in lower income than usual.

I would like to take a second to acknowledge the fall return plan that President Iuliano emailed to us on June 22nd. We are resuming classes August 17th, two weeks earlier than normal, and returning home for the semester before Thanksgiving. We will have no reading days break (which, while sad, is an understandable and smart move to limit the spread of COVID-19) and there will likely be no family weekend or other events such as this. But let us talk about those two weeks. I understand the return is part of a scheduling plan that would allow us to leave campus for Thanksgiving and not have to come back before Christmas, hopefully limiting the spread of COVID-19. However, students who were able to find or maintain their summer jobs (which account for a large portion of many college students’ annual income) will lose two weeks of earnings. Not only this, but health officials and consultants have asked students to self-quarantine for 14 days before returning to campus.

So not only are we losing two to four weeks of income, but we are being extorted for 3.75% more than we were paying last year. They made this decision months after registration for the next academic year. The transfer application deadlines have already passed for many other schools’ 2020-2021 academic years, leaving many of us feeling betrayed, trapped, and disheartened. While the school has made CARES funds available to students for expenses directly related to the change of operations due to COVID-19 through application, we cannot apply for these funds to reimburse lost potential income. The school has not released any statement and likely will not regarding a plan to reimburse or compensate students for these lost weeks of income, instead, they will continue to discreetly increase tuition and lay out our paths to bankruptcy.

To further engage this point, I would like to once again illuminate the student wage issue on campus. Most campus jobs pay $7.25 per hour, the federal and PA minimum wage. In Adams County, a living wage for one person with no children is $11.27, and this is relatively low in comparison to the rest of the nation. When we return home for the summer to work, some of us make more than twice what we make at school, and we are being deprived two to four weeks of that increased income and being forced to return to our unlivable wages earlier than planned. Many students rely on their campus jobs for income, but the school is charging them at a disproportionate rate of earning. If tuition were to increase for any reason, I should hope it is because they have decided to do the ethical thing and increase the minimum student wage. However, this is not the case.

Most of us will be facing debt for decades to come as it is, but the school has decidedly prolonged this time frame for us all. They have been steadily increasing tuition every year for more than five years now, and there is no end in sight. The rapid rate of increase and inflation of the value of higher education in the United States of America will ultimately be the downfall of institutions like Gettysburg, but when they eventually fall, they’ll land on top of us, the students they’ve already pushed over the edge. The financial management of the institution is irresponsible and unethical, and they must be held accountable for their actions. We must inquire as to why they have chosen to exploit us this way in times of suffering, why they cannot find any other means of sustaining costs, and why they value profit over their mission.

Gettysburg has an endowment of approximately $107,000 per student, meaning that we “have about $80,000 less in resources to support each student than our closest competitor cohort, which includes Franklin & Marshall and Dickinson, and nearly $215,000 less than the wealthier institutions we compete against for students, like Bucknell and Hamilton” The aforementioned schools have comprehensive annual costs of $58,800, $74,422, $72,872, and $73,370, respectively, as their individual webpages state. By raising tuition, the school is attempting to compete with the amount of resources available for each student, but they’re also eliminating and cancelling the resources and facilities already available due to the COVID-19 pandemic. Where is the money going? For an institution with little name recognition beyond the east coast and a host of other problems (bias incidents and racially motivated attacks, rampant sexual assault, mold in dorms, and a horribly preferentially biased course selection process that helps almost nobody and confuses all), Gettysburg should be mortified by this act of exploitation. It is unethical to do this in the midst of a crisis and to do it so late in the calendar that it leaves students without many options. It is wrong on every level.

I am calling on the administration to do the following:

I love Gettysburg. The people I have met there, the lessons I have learned, and the opportunities with which I have been presented have all shaped me greatly. It is because I love this school that I am critiquing it in this way. When you love someone or something, you don’t stand by watching it fall into ruin or cause damage to others; you speak up, you call out the problem, you engage in problem-solving, and you keep working for it because you want it to be the best version of itself. I feel betrayed by the school that advertised itself to 17-year-old me as an institution of ethical leadership and change, one that promised me I would be given the tools to thrive after graduation. Instead, I will inevitably be crippled by an increasing amount of debt for the foreseeable future. For the school to further increase tuition after we have given so much and grown our roots here is wrong in every way. It is like a bad relationship; There is so much good, you can’t leave, but it will only hurt you the longer you stay. You may not feel it while you are there, but once you leave, you will be crippled by the weight they have left you with. You just have to decide if it’s worth the pain.

In a time where ethical and compassionate leadership is so rare, it is heart-wrenching and painful to see Gettysburg slipping into a position of placing profit over people. Gettysburg College, now is your chance. Now is your opportunity to stand by your values of ethical leadership and socially responsible citizenship to be a part of the change among institutions of higher learning. Stand up for your students. We are drowning in debt and nobody is throwing us a line. Be the change you want to see in the world. You want to create leaders for the future, be the role models we need. We cannot lead if we cannot live. The debt we are incurring on your behalf prevents us from surviving, much less thriving. This is your time. This is your chance. Let us call on the administration to do right by their students and assist in creating “the greater good.”